The books I have in mind are ones featuring Nyssa, my favourite ‘Doctor Who’ companion. I’ve read most of the books with Nyssa in ‘Doctor Who’ and from the varying taste of the Virgins novels and the BBC books from the 1990s and early 2000s, I know which ones I want to be adapted for audio.

Here are the books, I’d like to see adapted for audio by Big Finish. 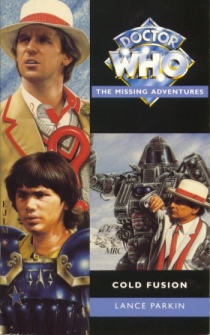 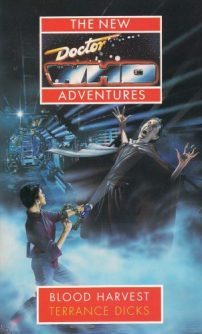 ‘Cold Fusion’ is a book that features the Fifth Doctor; Tegan; Nyssa and Adric. It also features the Seventh Doctor with his companions Chris Cwej and Roz Forrester. This would be very exciting for audio, especially as Chris and Roz have made their Big Finish audio debut in ‘Damaged Goods’.

I can see the cast list for ‘Cold Fusion’ already.

There’s also ‘Blood Harvest’ and ‘Goth Opera’ which are two linked ‘Doctor Who’ books featuring vampires. ‘Goth Opera’ is the one book I’d like to see adapted for audio especially since it would feature a brilliant performance from Sarah Sutton as Nyssa as she can ‘get her teeth’ into this one.

‘BLOOD HARVEST’
Starring
SYLVESTER McCOY as the Doctor; SOPHIE ALDRED as Ace and LISA BOWERMAN as Bernice Summerfield
With
LALLA WARD as Romana

‘GOTH OPERA’
Starring
PETER DAVISON as the Doctor; SARAH SUTTON as Nyssa and JANET FIELDING as Tegan
With
LALLA WARD as Romana

I hope these ‘Doctor Who’ books will get adapted into audio soon. It would be very fantastic if they did by Big Finish. 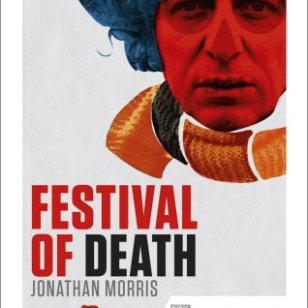 ‘Empire of Death’ is a fantastic and lovely ‘Doctor Who’ book with the Doctor and Nyssa set in Queen Victoria’s time. I’m surprised this isn’t a Big Finish audio as it’s clearly a strong character story for Nyssa and is set after ‘Time-Flight’ and before her solo travels with the Fifth Doctor in Big Finish.

I would like this to be adapted as an audio drama by Big Finish with Peter Davison and Sarah Sutton as I’m sure they’ll enjoy doing this. But I’m equally happy to have this as a BBC audiobook and hope that Sarah Sutton will read it as it should rightly be since the story’s mostly about Nyssa here.

It’s got plenty of Douglas Adams’ style wit and humour and is a pretty good timey-wimey story with the Doctor; Romana and K-9. If Big Finish adapted this for audio, I’ll be very happy indeed. Or else, I’ll be happy to hear this as an audiobook by the BBC and hope that Lalla Ward will narrate it for audio.

So there you have it. Those are the ‘Doctor Who’ books I’d like to see adapted into audio. I hope my wishes get granted whether by BBC or Big Finish. I’m hoping to keep track on the latest news on the novel adaptions and audiobooks coming out way for the rest of 2015 and for next year in 2016.

I hope the ‘Doctor Who’ books you’d wish to see adapted into audio come true too.

2 thoughts on “What ‘Doctor Who’ novels would I like to see adapted into audio?”