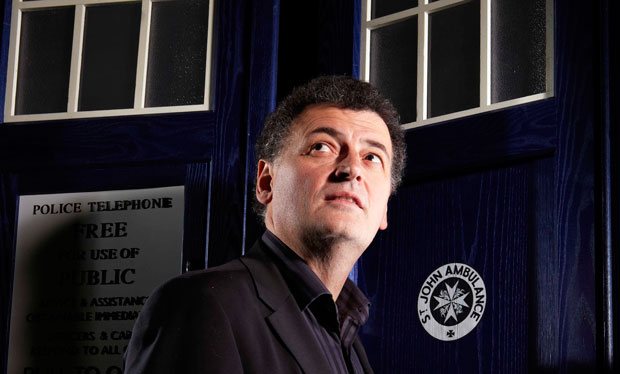 BIG NEWS for ‘Doctor Who’ fans!

It’s been announced that Steven Moffat, current head writer/executive producer of ‘Doctor Who’ is to leave the series after Series 10. This news has been confirmed by BBC News and the Radio Times.

Steven Moffat was head-writer of ‘Doctor Who’ from 2010 where he introduced Matt Smith’s Eleventh Doctor and Peter Capaldi’s Twelfth Doctor. He will step down from ‘Doctor Who’ after Series 10 which will be shown in the spring of 2017. Only a Christmas special will be shown on TV for 2016.

‘Doctor Who’ will be taken over by Chris Chibnall, replacing Steven Moffat. Chris is currently the creator/writer of ‘Broadchurch’ (starring David Tennant). He also wrote  ‘Doctor Who’ episodes including ‘42’; ‘Dinosaurs on a Spaceship’ and ‘The Power of Three’ as well as head-writing for ‘Torchwood’.

I’m pleased to hear that Chris Chibnall is taking charge of ‘Doctor Who’, as he has written some great TV episodes for the series and he is, for me, good news. I’m looking forward to how his era will turn out and hope that it will be good. Chris Chibnall’s new era of ‘Doctor Who’ will commence in 2018.

More details about this news story can be found in the following links above.