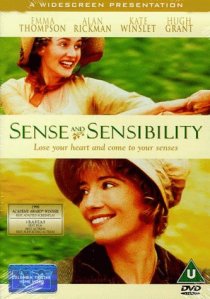 I’ve now added four new DVD reviews on adaptations of four romantic novels by Jane Austen to The World of Jane Austen page on ‘Bradley’s Basement’! These include the 1995 film of ‘Sense & Sensibility’ and the 2007 TV movie versions of ‘Mansfield Park’, ‘Northanger Abbey’ and ‘Persuasion’. Click on the links before to see my reviews.

Please feel free to check; read and comment on my latest Jane Austen movie reviews.There’s also my DVD review on the 2005 film of ‘Pride & Prejudice’ with Kiera Knightley and Matthew Macfadyen. I hope to add more DVD reviews on other TV and film adaptations of Jane Austen’s works later on in the year and in the next. Keep watching this space for new reviews.