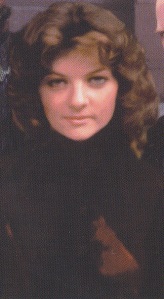 I discussed this topic on the now-deceased Big Finish forum in 2015. Here, I’m re-introducing it for this week’s ‘The Nyssa Challenge’ on the story called ‘Hexagora’. I hope you’ll enjoy these thoughts by me.

Sarah Sutton stated in the CD interviews of ‘Hexagora’, one of the ‘Lost Stories’ of ‘Doctor Who’ by Big Finish, that Nyssa is a snob in character terms. This is due to her Traken heritage; status and being a lady. I disagree with Sarah on what she says on this, as I don’t believe Nyssa really is a snob.

Also in ‘Hexagora’, Nyssa uses her Traken lady-like status to help people including her friends, the Doctor and Tegan. She cleverly uses it to expose Lord Jezzavar as a traitor out in the open and in front of Queen Zafira. This helps to prevent what’s happening with the Hexagora and their schemes.

Significantly are the friendships Nyssa forms with people like Tegan, the Doctor and Adric. Nyssa would later declare in ‘The Emerald Tiger’ that Tegan is her best friend. This does prove Nyssa isn’t a snob, since she’d want nothing to do with Tegan if she were considering their different backgrounds.

Probably her upbringing and the luxuries she had on Traken have led to the belief that Nyssa is a snob. It’s easy to see that, as she sometimes lets her status be her first reaction to things in ‘Doctor Who’ adventures. But she always lets her caring and compassionate nature override her own status.

For example, in ‘Moonflesh’, Nyssa states that she would rather go somewhere more appealing than Suffolk in 1914 when the Doctor wants to. But later on, Nyssa allows her compassion and her anti-hunting views to come forward in the company of such highly-privileged people at Whitelock Manor.

It’s been suggested that Nyssa is aware of being a snob and that if it wasn’t for the Doctor and all the bad things that happened to her, she would very snobbish indeed. Things would have been different had Nyssa never left Traken, since her character changes in the series and travel broadens the mind.

It’d be interesting if Big Finish did a ‘Doctor Who’ story in the style of ‘Turn Left’ or the Christmas film ‘It’s a Wonderful Life’ where Nyssa never met the Doctor or travelled in the TARDIS. What would that have been like and would it have made Nyssa very snobbish than she was if Traken was never destroyed?

I suppose if we had the chance to see what Nyssa was like when she grew up on Traken, it would be different. But I don’t think the loss of Traken and the death of her father would have made her a snob beforehand. She’s pretty clever, but doesn’t show it off and admits she can’t know everything.

Nyssa admitted that she ‘knows so little about telebiogensis’ in ‘Castrovalva’ which is an interesting aspect to the character, due to her being an intelligent Trakenite scientist. I’m also sure that people like Nyssa who have a ladylike status wouldn’t be dismissive of other people who are lower than her.

In some of the stories, Nyssa has stated that she’s treated people who’ve had diseases before and I’m sure that must have included lower-class Traken citizens as well as higher-class. She isn’t someone who dismisses people because they’re not aristocratic like her, as she can be pretty caring.

Nyssa wants to help people who are ill, in danger or are suffering. She demonstrates this before she departed in ‘Terminus’, as she helped those who were suffering in stories like ‘Psychodrome’; ‘Spare Parts’ and ‘Doing Time’ from ‘The Demons of Red Lodge and Other Stories’. Not a snob there, hey?

Nyssa of course has lived a sheltered life when she started. She was slightly naive and seemed to look down at others at first. She also didn’t understand that others lived differently than her. This could make her snobbish, especially when she doesn’t like something about a different alien culture.

It’s also been suggested that having Nyssa as a snob gives her a flaw in character terms. This is a flaw that Nyssa could have worked on and grew with from ‘The Keeper of Traken’ to ‘Terminus’. This would have allowed her to grow up from seeing wonders and horrors in her travels with the Doctor.

It is an interesting conceit therefore that Nyssa started being a privileged Traken noble in ‘The Keeper of Traken’ before becoming someone who helped people in ‘Terminus’. She considers it her duty to help those who are less privileged than her since she truly cares for what happens to them.

I like and agree that Nyssa does grow up during the ‘Doctor Who’ series and becomes less naive when travelling with the Doctor. Aspects of her character make her seem snobbish due to her Traken upbringing, but I don’t wholly agree that Nyssa is truly a snob even if she became aware of it.

It’s been stated that Nyssa is a true sweetheart who sometimes struggles to shake off her upbringing, both the elitism she was taught and the effects of a sheltered life. I like this statement on Nyssa as a sweetheart, since she grows up to understand more on life and it sums it her superbly.

It’s also stated that Nyssa is not a total snob, but she has aspects of her personality that are snob-like. It makes her different to other companions like Charley Pollard, one of the Eighth Doctor’s companions on audio. Charley likewise has a similar status to Nyssa, but she isn’t a total snob either.

I think it’s also fair to say that Romana is more snobbish than Nyssa, as she showed more superiority on others easily compared to Nyssa. Again of course it doesn’t mean Romana is a bad person, as like Nyssa she’s clearly good from what I’ve seen and heard in the Mary Tamm and Lalla Ward versions.

It’s also suggested Nyssa is an aristocrat and is neither a snob or posh, though some people may feel threatened by her breeding to think she is snobbish. This is implied when people make an opinion of Nyssa such as Andrew from ‘Circular Time’ and Sadie from ‘1963: Fanfare From The Common Men’.

I’ve shared with Sarah Sutton about whether Nyssa is a snob or not at the ‘Timey-Wimey 1’ convention in Brighton, November 2014. I enjoyed chatting to Sarah about it and she’s agreed with what I’ve said. She saw my way of thinking and agreed that Nyssa was no Hyacinth Bucket (‘Bouquet’).

I was so pleased to chat to Sarah about this, as it’s helped me to ease my anxiety on my love for Nyssa and it was reassuring when discussing a character she’s played for a long time in TV and audio. It’s also sweet Sarah was concerned on how Nyssa came across in ‘Hexagora’ when she played her.

I’ve seen the ‘Doctor Who: The Ultimate Companion’ documentary with Peter Davison. The segment with Janet Fielding and Sarah Sutton was very interesting, as Janet mentions that have companions need to have a likeably and flaws in their characters and Sarah mentions that this adds to the drama.

What does everyone else think on this topic? Is Nyssa a snob or not?

Please feel free to leave a reply or comment on what you make of this subject.