These new pages are on three specific sets of superhero franchises that I’ve enjoyed watching. There’s ‘Batman’, ‘Power Rangers’ and the ‘Marvel Cinematic Universe’. I’ve not added any DVD reviews to these pages yet. These are in readiness for me when I come to review films and TV shows from these three superhero franchises. I’m looking forward to digging into these superheroes!

The new ‘Power Rangers’ page will focus on the TV series itself in its various incarnations. I’ve not seen every ‘Power Rangers’ episode as my eras were ‘Turbo’, ‘In Space’, ‘Lost Galaxy’ and ‘Lightspeed Rescue’. I will start gently into reviewing the ‘Turbo’ series and the ‘In Space’ series, as I’ve watched those two ‘Power Rangers’ seasons recently on my tablet via Amazon Video. 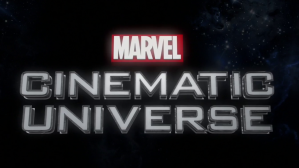 Please check out the three pages to see what they’re like and what I hope to include in my reviews for each of the three superhero franchises.

Stay tuned for announcements on my reviews soon.