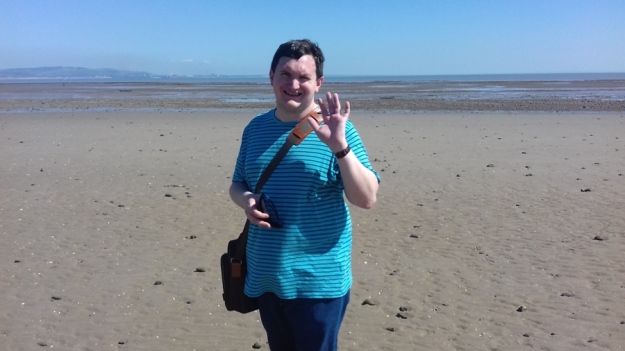 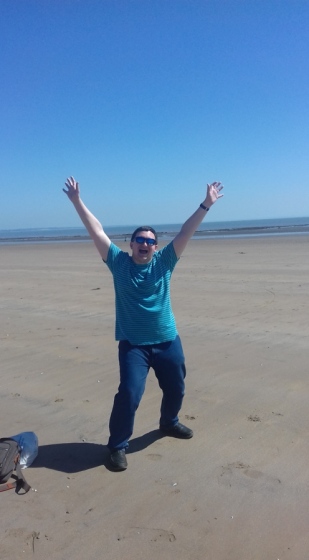 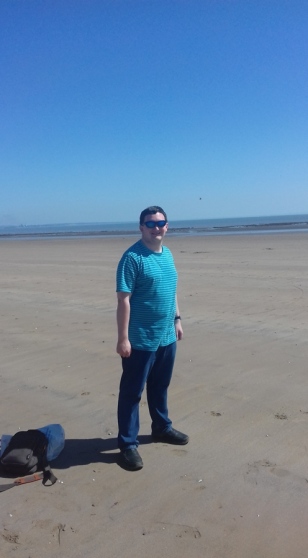 Today however, I’m going to do something different. As we’re approaching my birthday tomorrow, I’d like to share with you what I did over the weekend last Saturday. My best mate Stephen and I went and visited Swansea for a day. We had a good time and enjoyed looking around Swansea itself.

Check out the photos of me and Swansea Beach itself in the photo galleries for this blog post.

Whilst Stephen and I chatted and caught up during our trip to Swansea, I had a few ideas swimming around in my head about what to do for the future on ‘Bradley’s Basement’. I’ve got some ‘Doctor Who’ reviews lined up including three tales with Patrick Troughton and three with Sylvester McCoy.

I’ve also got in mind to do another ‘Fifth Doctor by Tim Bradley’ story with the Fifth Doctor, Nyssa and Billy set in Swansea itself, maybe in the 1920s. Another ‘Black Orchid’ style of story? Who knows? I’ve also got an idea for a fantasy series set on a beach world. It might not happen though. 😀

I’m looking forward to reviewing the ‘Marvel Cinematic Universe’ movies soon. It’ll start with Phase One for this month and Phase Two later on in the year. Tomorrow, I’ll be going to see ‘Avengers: Infinity War’ at the cinema. I am also looking forward to the ‘Folkestone Film, TV and Comic Con’. 😀

By the way, Swansea was where they held the ‘Regenerations’ ‘Doctor Who’ conventions! I miss those conventions.

I’m so excited about tomorrow. Can’t wait for my birthday! 😀