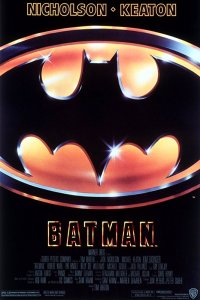 It’s the 30th anniversary of the 1989 ‘Batman’ film by director Tim Burton and I saw the movie on the big screen for a limited re-release at Showcase Cinemas in Nantgarw! My parents and I had a great time seeing ‘Batman’ at the cinema. I’m convinced it’s the best out of all the ‘Batman’ movies!

It’s ironic that I’ve seen ‘Batman’ on the big screen at last compared to seeing the film on DVD and Blu-ray. Earlier this year, I did a review on the movie novelization of ‘Batman’ by Craig Shaw Gardner. I didn’t know it was the 30th anniversary of the 1989 ‘Batman’ film when reading the book.

That was a coincidence as I purchased the book last year in November 2018. So it was good timing that I read and reviewed the ‘Batman’ movie novelization in time for the 30th anniversary of the 1989 film. Seeing the movie on the big screen was worth the experience as it was enjoyably thrilling!

Watching ‘Batman’ on the big screen makes a huge difference. You pick up certain details that you hadn’t noticed before when you watched the film on DVD and Blu-ray. For example, I didn’t know Vicki Vale had a bowl of ‘popcorn’ in the scene at her apartment with Bruce Wayne and the Joker. 😀

The quality of the film on the big screen looks different compared to when you see it on DVD and Blu-ray. This isn’t a bad thing as it was interesting to see what the movie looked like for viewers who saw it on the big screen back in 1989. It must’ve been an exciting time for ‘Batman’ fans and viewers.

It’s so amazing to believe that 30 years have gone by since the 1989 ‘Batman’ film was made. Michael Keaton, Jack Nicholson and Kim Basinger still excel in their roles of Batman/Bruce Wayne, the Joker/Jack Napier and Vicki Vale. I was engrossed with the characters on the big screen recently.

I can’t believe that I’ve become a huge fan of the 1989 ‘Batman’ film over the years. When I first saw it on DVD way back in the mid 2000s, I wasn’t keen on it as ‘Batman’ hadn’t really grabbed my interest. It’s only till recently with doing my blog that I have taken an interest in ‘Batman’ as a series.

I’ve seen most of the ‘Batman’ movies including the original four-movie series, ‘The Dark Knight Trilogy’, the DC Extended Universe movies with Batman, the Adam West ‘Batman’ TV show and movies and of course the LEGO Batman films. Out of all of these films, the 1989 ‘Batman’ stands out!

I don’t know why 1989 ‘Batman’ stands out as the best out of all the ‘Batman’ movies ever made. But because it was the first and the most successful directed by Tim Burton, taking on a darker tone and edge compared to the light-heartedness of the Adam West stuff, it’s won many hearts of millions.

The 1989 ‘Batman’ film is a classic story about a winged vigilante fighting crime to avenge his parents, but it has layers of mystery and atmosphere that make it so compelling. The story is pretty straightforward and the action sequences for the time are classic and so mesmerising to watch here.

I found myself laughing at many of the Joker’s moments in the movie when he was being funny and scary at the same time. My Dad loves the Batmobile, hoping he’ll have a car like that someday. 😀 And that scene of Batman rescuing Vicki Vale from the art museum to the Batcave is so memorable.

I know many people rate ‘The Dark Knight’ trilogy highly. But for me, the 1989 ‘Batman’ film works well in being faithful to the ‘Batman’ comics whilst also delivering a gothic action-packed atmosphere that’s thrilling to watch and has moments of dark humour that somehow appeals to me.

Watching the 1989 ‘Batman’ movie at the cinema recently for a limited re-release was well-worth it. I’m glad I’ve seen the film on the big screen as my parents and I had an enjoyable time that evening when we saw it. I would like to see it again on the big screen, even if it is on late at night. 😀