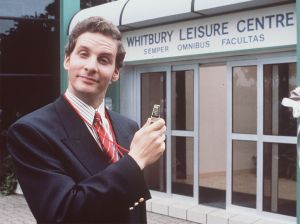 I’ve added a new comedy page to my blog on the BBC TV sitcom series called ‘The Brittas Empire’. The series is about an odious leisure centre manager in Whitbury Newtown. It stars Chris Barrie as Gordon Brittas and Pippa Haywood as his wife Helen. I’m pleased I’m revisiting the series on DVD for my blog.

So far, I’ve added a ‘who’s who’ page for ‘The Brittas Empire’ as well as my review on the first episode called ‘Laying The Foundations’.