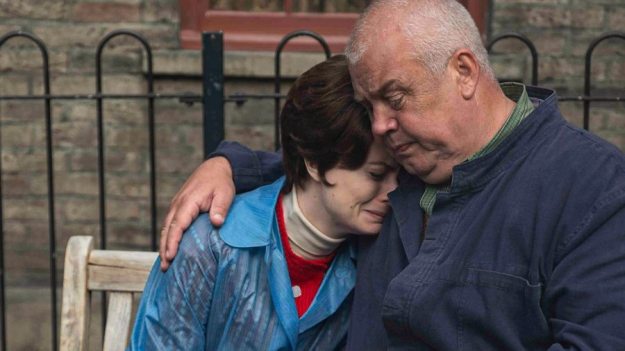 We’ve come to the end of Series 9 of ‘Call the Midwife’! I’ve enjoyed this season very much this year. It’s been emotionally packed with lots of character drama and intriguing stories involving births of babies and such. The season finale seems to guarantee ‘Call the Midwife’ a future, but for a short while.

In the episode, Jenny Agutter as Sister Juilenne receives a letter from the council to say they’re cutting funds to Nonnatus House and will no longer pay for the midwives’ accommodation. The ‘Call the Midwife’ team gather together in order to raise their case against the council to keep Nonnatus going.

It was pretty bold of Helen George as Nurse Trixie with Linda Bassett as Nurse Crane who helps her to argue their case against the council and say Poplar will be lost without Nonnatus. The result is that Nonnatus is allowed to keep going, but only for a year. Ah well. We have Series 10 to look forward to.

Meanwhile, Nurse Crane attends to the care of the heavily pregnant bohemian woman, Ruby Thomas as Bonnie Medlar. She’s committed to the baby’s father, Thomas Howes as Eddie Tannerman. But Eddie happens to be a two-timer when he’s supposed to be engaged to Kitty Archer as Petra Bevan.

I was shocked and found it awkward when Eddie made two women pregnant. It’s clear that Eddie’s fond of Bonnie than he is of Petra. And from seeing this episode, I prefer Eddie going with Bonnie, especially when he supports her and when she seems to be accepting and patient of Eddie in the story.

Petra’s with her mother Sue Elliot-Nichols as Ada Bevan, who’s pretty domineering in the episode. Petra sadly has a miscarriage in the episode, especially when she’s bleeding internally. It’s tense in the scenes between Petra and Bonnie in the episode, but Petra isn’t very willing to fight Bonnie over Eddie.

The episode also features Ann Mitchell as Elsie Dyer, Valerie’s gran, who gets taken to St. Cuthbert’s hospital before she’s discharged from prison and taken home by her granddaughter. Jennifer Kirby as Valerie looks after her gran when she’s at home, but it doesn’t look good for Elsie who tragically dies.

I found it heartbreaking and was reduced to tears when Elsie died. This is especially when Leonie Elliot as Nurse Lucille and Zephryn Taitte as Cyril sang a hymn for her as she passed away. The story for Lee Armstrong as Dr. Kevin McNulty also concludes nicely when his drug-taking in the episode takes it toll here.

Series 9, Episode 8 has been a satisfying conclusion to Series 9 of ‘Call the Midwife’ here. I’ve enjoyed the many character journeys featured in each episode of the season. There have been some reassuring messages in each episode and hopefully the series will continue to be good in the next year.

Stay tuned! I’ll be making a start on reviewing the ‘Call the Midwife’ series from the beginning very soon.