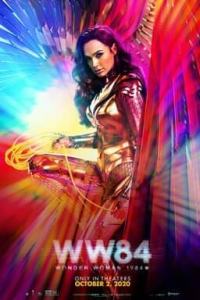 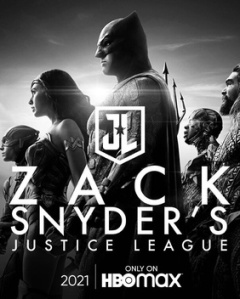 Since we’re in trailer mode today, let me share with you some thoughts on three movie trailers released from the recent DC FanDome event this year. I know there are movie trailers for films like ‘The Suicide Squad’ and ‘Black Adam’, but I’m not really interested in those particular movies yet.

For now, let me share with you my thoughts on the new trailers for ‘Wonder Woman 1984’, ‘Justice League: The Synder Cut’ and ‘The Batman’. These movies are of particular interest to me since DC superheroes like Wonder Woman, Superman and Batman appeal to me and I do get excited about them.

Here’s the new trailer for:

Now I’ve already done a review on a trailer for ‘Wonder Woman 1984’ for my blog, so it’s fair that I check out this new trailer to find out more about what the film’s going to be like. This film is now expected to be released on October 2, 2020. Let’s hope it’ll happen whether at cinemas or on digital.

The film will have Gal Gadot back as Diana Prince/Wonder Woman as well as Chris Pine as Steve Trevor. From watching the trailer, it looks pretty exciting. I’m also getting positive reassurance that the love story between Diana and Steve will continue to blossom. How Steve returned, I don’t know.

It was also intriguing to see more confrontation between Wonder Woman and Kristen Wiig as Barbara Ann Minerva/Cheetah, one of the villains of the movie, compared to what was seen in the other trailer I saw. We actually do see Barbara as the Cheetah herself once fighting Wonder Woman.

Like Diana, I wonder what happened to her. Also that gold ‘archangel’-like outfit that Diana wears in the movie may improve on me. I’m guessing the traditional Wonder Woman outfit will be in most of the film whilst the gold outfit will be at the end. I also guess Diana’s scenes as a girl will be at the film’s start.

I’ve also just realised that Pedro Pascal, who plays Maxwell Lord, the other villain of the movie, played the Mandalorian in ‘The Mandalorian’ web TV series on Disney+. And I’ve just seen it recently. I’ll be looking at Maxwell Lord in a pretty different light once I see ‘Wonder Woman 1984’.

And now, here’s the teaser trailer for:

This one’s a bit interesting. I saw ‘Justice League’ at the cinema back in November 2017. I had no idea there were behind-the-scenes dramas in the making of this film. Director Zack Synder had a family tragedy and Joss Whedon, who had directed the first two ‘Avengers’ films in the ‘MCU’, took over.

I heard rumours speculating that there would be a new version of ‘Justice League’ directed by Zack Synder – affectionately called ‘The Synder Cut’, with a brand-new edit of the film and new CGI effects. I didn’t take it seriously at first but the more I heard people talk about it, it became a reality. 🙂

I didn’t mind ‘Justice League’ when I first saw it at the cinema, but looking back I don’t think it was that great a movie. So maybe the Synder cut of the film will be better compared to the original theatrical release. Or maybe not! I don’t know. It should be very fascinating to find out, shouldn’t it?

‘Justice League: The Synder Cut’ is expected to be released on HBO only sometime in 2021. When that’ll be, I don’t know. I don’t know if I’ll subscribe to HBO just to watch the movie for that. Maybe I’ll wait until it gets released on Google Play or DVD/Blu-ray. I hope I’ll get to see the new cut soon. 🙂

From watching the trailer, it does look to be impressive. It has the actors who were in the original ‘Justice League’ back such as Ben Affleck as Batman, Henry Cavill as Superman, Gal Gadot as Wonder Woman, Ezra Miller as the Flash, Jason Momoa as Aquaman and Ray Fisher as Cyborg. What will be different in tone and the characters’ development in the new cut compared to the original? 😐

And finally, here’s the teaser trailer for:

Over the years, there have been many versions of Batman in movies. Some of you have your favourites. Mine are Michael Keaton and Val Kilmer. 😀 When the announcement was made that Robert Pattison was cast to play Batman in Matt Reeves’ new film, I didn’t really know how to react to the news. 😐

I didn’t know who Robert Pattison was and I’ve never seen the ‘Twilight’ films. Most of the reactions I’ve heard from people have been negative against Robert Pattison’s casting. But I’m willing to be open-minded. I’d like to think ‘The Batman’ film coming out in October 2021 will be a very good movie.

Judging by the teaser trailer, it does look to be promising. I don’t think it’s part of the ‘DC Extended Universe’ and I’m imagining it to exist as its own continuity. That’s fine for me. I’m open to a new continuity with Robert Pattison as Batman. I wonder if he’ll face Joaquin Phoenix as the Joker though. 😀

The movie does seem to be darker and grittier according to the teaser trailer. It might match to ‘The Dark Knight Trilogy’ of movies or be darker than that. As well as Robert Pattison as Batman, the film will also feature Zoë Kravitz as Selina Kyle/Catwoman; Paul Dano as Edward Nashton/Riddler and Colin Farrell as Oswald ‘Oz’ Cobblepot/Penquin, which should be exciting to see.

There’s also Jeffrey Wright as Commissioner James Gordon and Andy Serkis as Alfred Pennyworth. The film is ‘currently in production’ according to the teaser trailer, but hopefully the film will be out by the time October 2021 comes. Otherwise, ‘The Batman’ does look to be a promising film for the Dark Knight.

So, those are my thoughts on the three upcoming DC superhero movies that I’m looking forward to seeing. Whether I’ll see them online or at cinemas, only time will tell! I hope my predictions on these films will come true and that they’ll be great to watch. If not, then I hope I’ll be entertained anyway.