Douglas Adams is one of my inspirations in my ‘Doctor Who’ writing! 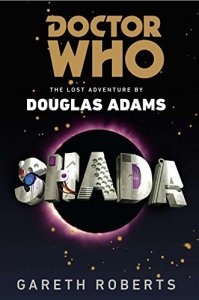 As well as writing ‘The Pirate Planet’ and ‘City of Death’, Douglas Adams has also written ‘Shada’! There are two versions of ‘Shada’, including the 1979 version with Tom Baker, which has been updated recently for 2017, and the 2003 version with Paul McGann. The Paul McGann version is my favourite. There’s also ‘Doctor Who and the Krikkitmen’ by Douglas Adams, ghost-written by James Goss, which I’ve enjoyed recently. I would like to review ‘The Hitchhiker’s Guide to the Galaxy’ and ‘Dirk Gently’ someday.