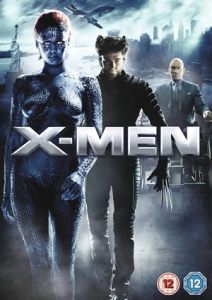 And welcome to the ‘X-Men Film Review Season’!!!!!

For the next ten weeks, I’ll be sharing my reviews on the films featured in the ‘X-Men’ film series produced by 20th Century Fox (or 20th Century Studios as it’s now called). Let’s start off by taking a look at the first ‘X-Men’ movie made in 2000, directed by Bryan Singer and starring the likes of Patrick Stewart, Hugh Jackman, Ian McKellen, Halle Berry, etc.

I’ve created a new page for the ‘X-Men’ on my ‘Bradley’s Basement’ blog. Please feel free to check out, read and comment on my review for the first ‘X-Men’ film by clicking on the link for it.

Stay tuned for my review on the next film in the ‘X-Men’ film series called ‘X-Men 2’.