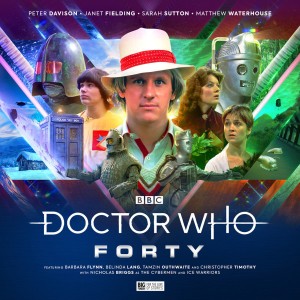 To commemorate the day I first met Sarah Sutton at a ‘Doctor Who’ convention back in February 2010 (the ‘Fifth Element’ event), I’ve decided to share a quick review on the first ‘Forty’ box set by Big Finish. I’m hoping to share in-depth reviews on the two stories in the box set by the end of 2022.

This is when I come to review the two ‘Forty’ box sets of ‘Doctor Who’ for the upcoming ‘Nyssa Challenge’ mini-review season from December 2022 to January 2023. Essentially, I’ve greatly enjoyed the two stories in the first ‘Forty’ box set by Big Finish. They’ve been engaging to listen to. 🙂

This is Big Finish’s way of celebrating 40 years of the Fifth Doctor in ‘Doctor Who’. I’m currently looking forward to the second ‘Forty’ box set of ‘Doctor Who’ due to be released in September 2022, especially with the ongoing storyline about the Fifth Doctor being displaced throughout his timeline. 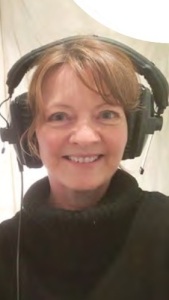 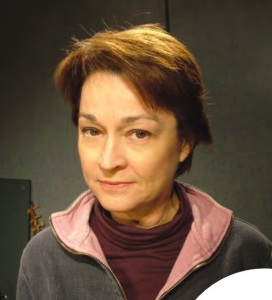 Peter Davison of course stars as the Fifth Doctor in the first ‘Forty’ box set and he’s joined by Sarah Sutton as Nyssa, Janet Fielding as Tegan and Matthew Waterhouse as Adric. It was fascinating to hear the two stories each in turn and how they fit in with very respective timelines for our heroes. 🙂

In the first story called ‘Secrets of Telos’, we begin with the end of ‘Four to Doomsday’ where Nyssa fainted at the end of that story. The Doctor, Tegan and Adric are concerned about her, but very soon, the Doctor starts to feel unwell. He soon finds himself being propelled forwards into the future.

There he’s with Nyssa and Tegan, except they look different and are wearing different clothes compared to how the Doctor last saw them. For Nyssa and Tegan, the events of ‘Secrets of Telos’ take place between ‘Arc of Infinity’ and ‘Snakedance’. The Doctor is puzzled by what’s happening. 😐

At this point, I wonder if Kwundaar from ‘Primeval’ or another of his kind is causing what’s happening to the Fifth Doctor with him jumping in and out of different parts of his timeline. I’m pretty certain that he caused what happened to Nyssa when she fainted at the end of ‘Four to Doomsday’.

Anyway, ‘Secrets of Telos’ is of course a sequel to ‘The Tomb of the Cybermen’ with Patrick Troughton’s Doctor. And of course it features the Cybermen in it. I enjoyed Nicholas Briggs voicing the Telos Cybermen in this audio drama compared to seeing and hearing the ‘Earthshock’ Cybermen.

The special guest stars featured in ‘Secrets of Telos’ include Christopher Timothy (who worked with Peter Davison in the original ‘All Creatures Great and Small’ series) as Professor Parry. A nice casting choice! 🙂 It was great to hear Chris Timothy in a Big Finish audio of ‘Doctor Who’ with Peter Davison. 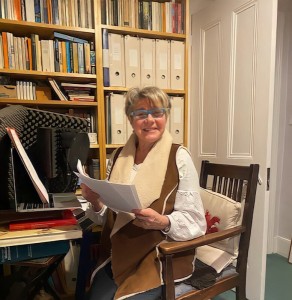 There’s also Barbara Flynn (who worked with Peter Davison in ‘A Very Peculiar Practice’) as Professor Vansom. I enjoyed her performance in this ‘Doctor Who’ adventure and how she ended up being a villain. Mind you, I couldn’t help wonder if Vansom was really Tecteun in disguise in this audio story.

After ‘Secrets of Telos’, we move on to ‘God of War’ where the Fifth Doctor is displaced in time again and he’s with Nyssa, Tegan and Adric between ‘Zaltys’ and ‘Kingdom of Lies’, I believe. The TARDIS foursome are in 9th century Iceland near a Viking settlement and they come across the Ice Warriors.

This is the first time I’ve come across Sarah Grochala as a ‘Doctor Who’ writer. I believe this is the first time she’s written for the Fifth Doctor, Nyssa, Tegan and Adric. She writes well them for them in this adventure. Mind you, I wish ‘God of War’ was a four-parter instead of a two-parter in this box set. 😦 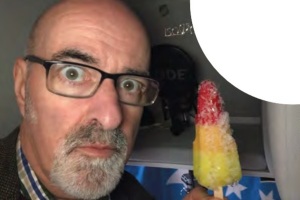 I’m not really a fan of the Ice Warriors compared to the Cybermen, but they’re done decently well in this audio adventure and Nick Briggs is good at voicing them, especially the leader Grand Marshal Xasslyr. It was really nice to hear how the Fifth Doctor, Nyssa, Tegan and Adric interacted with them.

The story also features Belinda Lang (who worked with Matthew Waterhouse in ‘To Serve Them All My Days’) as Revna Ulfsdottir and Matilda Tucker as Inga Kundsdottir. These two Icelandic/Viking women were intriguing. By the time this story reaches its conclusion, Adric forms a bond with Inga. 🙂

But of course it’s Peter Davison, Janet Fielding, Sarah Sutton and Matthew Waterhouse who stand out for me as the Fifth Doctor, Nyssa, Tegan and Adric in these two audio stories. I greatly enjoyed listening to them and they continue to be enthusiastic playing their characters in these audio stories.

I greatly enjoyed the CD extras featuring interviews with the stars of both stories of the first ‘Forty’ box set. It’s amazing that the cast and crew were able to record these audio stories, especially in the current climate that we’re living in with the Covid-19 pandemic still happening – please keep safe. 🙂

I’m currently looking forward to how the ‘Forty’ saga will conclude in the second box set due to be released later this year. Who or what is dragging the Fifth Doctor in and out of his timeline? Will it mean a union of the Fifth Doctor and his companions by the end? I’m very intrigued to find this out.

Hope you’ve enjoyed the behind-the-scenes photos I’ve shared in this quick review of mine. 😀