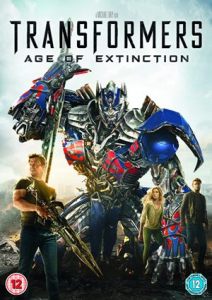 And welcome to fourth instalment of the ‘Transformers Film Review Season’!!!!!

It’s time to check out the fourth film in the live-action film series of ‘Transformers’ called ‘Transformers: Age of Extinction’. Directed by Michael Bay, this film was released in 2014 and stars Mark Wahlberg and Stanley Tucci. This was also the first ‘Transformers’ film that I didn’t see at the cinema when it was came out in 2014. Did I find the film worthwhile in the end when watching it for the first time on DVD?

Please feel free to check out, read and comment on my review for ‘Transformers: Age of Extinction’ by clicking on the link.

Stay tuned for my review on the next film in the ‘Transformers’ film series called ‘Transformers: The Last Knight’.