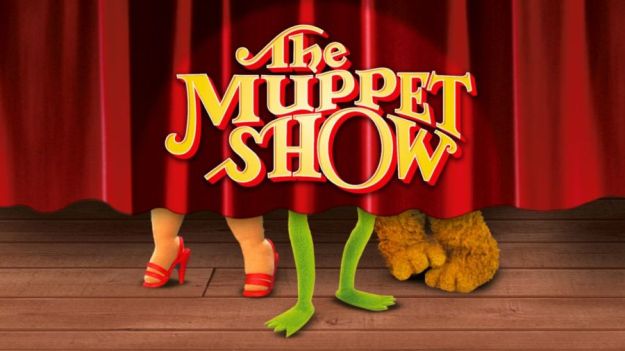 Season 3 comprises of 24 episodes (Well, there are 23 episodes available to view on Disney+ in the UK, but I’ll explain why that is in a bit). Like the first two seasons, I purchased Season 3 of ‘The Muppet Show’ on DVD. This is also the last ‘Muppet Show’ season to be released on DVD as far as I’m concerned. 😐

Again, I’m not sure why Seasons 4 and 5 weren’t released on DVD like the first two seasons were. Maybe there were right issues concerning the last two seasons of ‘The Muppet Show’ that prevented them being released on DVD or maybe it’s something else. Anyway, I’m looking forward to checking out Season 4 next on Disney+. 🙂

Once again, there are some very enjoyable episodes to check out in Season 3 of ‘The Muppet Show’. By this point, the Muppet characters have really found their feet in terms of delivering the comedy they have in their TV show, including Kermit the Frong, Miss Piggy, Fozzie Bear and Gonzo the Great.

The only episode of Season 3 not shown on Disney+ in the UK is with Spike Milligan, which I have seen on the DVD release. I don’t know much about Spike Milligan as a comedian, but I didn’t really enjoy his episode the first time. I didn’t really take to his comedy, as he was rather fast and often crudes at times.

Mind you, I don’t think that’s the reason why his episode is not on Disney+ in the UK. I think it is available to see in America, although it comes with a warning at the beginning to say there are negative stereotypes in the episode. From revisiting the episode on DVD, I could see the argument. 🙂

The episode itself is meant to an ‘international extravaganza’, featuring people from various nations like Scotland, Australia, Japan and Sweden performing acts. Some of the representations of those nations can be dodgy, and I don’t think it’s helped by Spike Milligan’s antics throughout the episode.

In terms of the other episodes of Season 3 that are available on Disney+, it was funny to see Miss Piggy being allergic when reciting William Wordsworth’s ‘The Daffodils’ among a lot of Daffodils in Leo Sayer’s episode. I also liked Gilda Radner’s episode, especially when she sang with a seven-foot-tall talking carrot. 😀

It was also funny when everyone became stuck together at the end of Gilda Radner’s episode, thanks to Dr. Bunsen Honeydew’s super adhesive. 😀 Alice Cooper’s episode is the one I like the least in Season 3, considering its horror content and it’s best suited as an episode for watching on a Halloween night.

There’s a funny excursion in Loretta Lynn’s episode where ‘The Muppet Show’ is performed at a train station instead, which is a nice change. 😀 It was also nice to see Liberace in an episode. I saw Liberace in ‘The Muppet Show’ first before I saw him play a villain in the 1960s ‘Batman’ TV show. 😀

It was funny to see Kermit and Miss Piggy’s staged wedding in Marisa Berenson’s episode. 😀 It was also funny to see Fozzie Bear being taken with Raquel Welch when he meets her in her episode. I was pretty amazed to see Helen Reddy from 1977’s ‘Pete’s Dragon’ appearing in one of the episodes.

I enjoyed Harry Belafonte’s episode and the musical numbers he performed. It was nice to see Danny Kaye, having seen him in ‘White Christmas’ and ‘Hans Christian Anderson’. There’s an episode with Leslie Uggams, who’s also joined by Big Bird from ‘Sesame Street’, which was so amazing to see.

The scene Big Bird had with Miss Piggy in the episode was very funny. It was good to see Sylvester Stallone, having seen him in ‘Spy Kids 3D: Game Over’ and ‘Guardians of the Galaxy, Volume 2’. I also greatly enjoyed watching the Muppets’ take on the story of Robin Hood in Lynn Redgrave’s episode.

Season 3 of ‘The Muppet Show’ is an enjoyable bunch of episodes to check out on Disney+. I’m pleased to revisited Season 3 both on Disney+ and on DVD (the later with Spike Milligan’s episode). I’m looking forward to checking out Season 4 next, which includes episodes I’ve never ever seen before.

By the way, it was funny when the Muppets became chickens after getting ‘cluckitis’ in Roger Miller’s episode.