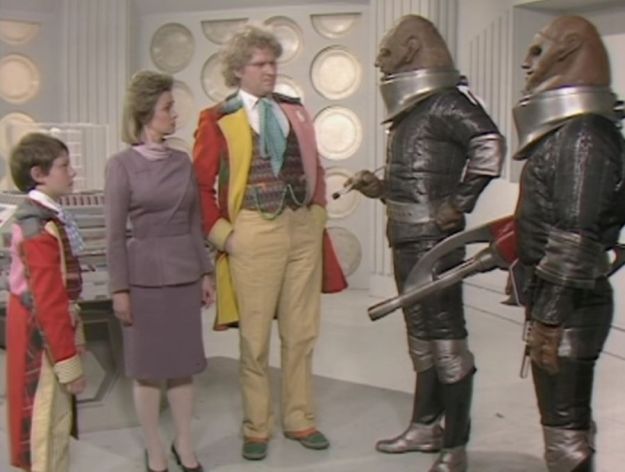 Just in case you’ve missed it today, I’ve done a brand-new review on the ‘Doctor Who’ mini-episode called ‘A Fix with Sontarans’, starring Colin Baker as the Sixth Doctor, Janet Fielding as Tegan and Gareth Jenkins as himself. This mini-episode is available to watch in the Season 22 Blu-ray box set of ‘Doctor Who’ and contains a brand-new edit.

I enjoyed ‘A Fix with Sontarans’ when I first saw it on the original ‘Two Doctors’ 2-disc DVD edition. I’m glad the episode has been re-edited and updated on Disc 5 of the Season 22 Blu-ray box set. It would’ve been a shame for the mini-episode to have been losts in the mists of time, especially with little Gareth Jenkins meeting his hero in Colin Baker as the Sixth Doctor, along with Janet Fielding as Tegan as they fight against two Sontarans in the TARDIS. 🙂

Please feel free to check out, read and comment on my brand-new review of ‘A Fix with Sontarans’ by clicking on the link for it.

You can purchase ‘Doctor Who – The Collection – Season 22’ on Blu-ray either from Amazon.co.uk or Amazon.com.