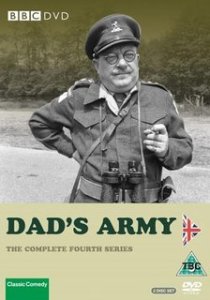 In the season finale for Series 4 of ‘Dad’s Army’, Captain Mainwaring loses favour with his men. On a training weekend, Mainwaring gets persuaded into old fashioned ways by Geoffrey Lumsden as Captain Square when joining him in an officers’ mess. Mainwaring soon gets hilariously drunk in this.

This is my Dad’s favourite episode of ‘Dad’s Army’ and it’s easy to see why. Mainwaring makes a fool of himself in this episode, in his own snobbish and pompous way. I laughed when he tried to do the Cardinal Puff drinking game by Captain Square. He kept on saying, “Cardinal Puff, Puff, Puff, Puff!” 😀

It’s clear from the reactions of Mainwaring’s men, including Frazer; Walker; Jonesy; Pike; Godfrey and Wilson, that they’re not happy with Mainwaring not mingling in with them as usual. Mainwaring takes his men for granted in this episode, until he regains trust in the men by the end of the episode.

Michael Knowles returns to ‘Dad’s Army’ in this episode as Captain Reed, who gets nervous of Mainwaring and his men during their training weekend. There’s also Anthony Sagar as the Sergeant Major in the episode. He was previously Drill Sergeant Gregory in the episode ‘Room at the Bottom’.

Robert Raglan guest stars as Captain Pritchard in the episode. Robert Raglan regularly plays the Colonel in ‘Dad’s Army’. In fact, wait a minute! He was a sergeant in ‘Don’t Forget The Diver’; then he became captain in both ‘A. Wilson (Manager)?’ and this episode. When does he become colonel?

There’s also Rex Garner as Captain Ashley-Jones who’s there at the officers’ mess with Square; Mainwaring and Pritchard in the episode. Apparently the game Cardinal Puff was a real-life army drinking game dating back to the 17th century. So it is good to know it wasn’t a made-up thing here.

The episode ends with Mainwaring trying to save Jones’ life when his butcher’s van has a live grenade in the back as well as throwing the grenade out of the van to stop it blowing up in front of a power station. But it goes awfully wrong when a dog fetches the grenade for Mainwaring at the end.

‘Fallen Idol’ is a good episode to end Series 4 of ‘Dad’s Army’! Arthur Lowe delivers a superb performance as Captain Mainwaring and can do a pretty good drunk performance. I found him funny in this. I felt sorry for him when he makes a fool of himself and he tries to regain his trust in his men.

On Disc 6 of ‘The Complete ‘Dad’s Army’ DVD collection’, there’s ‘We Are The Boys…James Beck’ focusing on the actor who played Walker in the series. There’s also a photo gallery of Series 4. 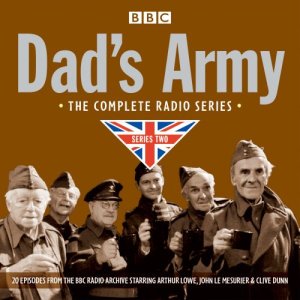 ‘Fallen Idol’ is the seventeenth episode of Series 2 in the ‘Dad’s Army’ radio series! I first heard this episode on Volume 2 of ‘The Very Best Episodes’ CDs of ‘Dad’s Army’, selected by Phil Jupitus. It’s just as good as the TV version, although there’s an absence of Larry Martyn as Walker in the episode.

Because of this, a lot of Walker’s lines are transferred to either Jones or Frazer in the episode. This is especially when Frazer enquires about Jonesy’s mosquito net for his bedding instead of Walker and when Jones asks Wilson why Mainwaring has severed his connections to his men instead of Walker.

Geoffrey Lumsden reprises his role as Captain Square in the episode and is just as old-fashioned and pompous as he was in the TV version. Interestingly, Norman Ettlinger plays the role of Pritchard in the episode instead of Robert Raglan. In fact, it’s a combination of Pritchard and Ashley-Jones in this.

It was funny to hear how Mainwaring did the Cardinal Puff drinking game in the radio version. Mainwaring’s drunken acting sounds just as funny as it did in the TV version. There is no scene however of Mainwaring returning to the ‘Dad’s Army’ tent to get jumped upon by Jones in the night.

The episode’s climax is handled differently compared to the TV version. First of all, Mainwaring shares a scene with Wilson where he feels guilty about letting his men down, which is not in the TV version. Mainwaring also heroically throws the grenade out of Jonesy’s van before it really blows up.

This is a much better ending to the episode compared to the TV version where a dog fetched the grenade for Mainwaring in order for him to run away. Frazer commends Mainwaring’s bravery moments after ridiculing him. The ‘Dad’s Army’ team still have to clean up a lot of damage being caused.