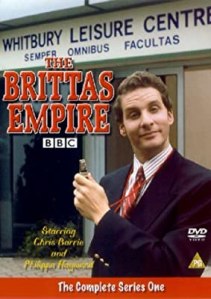 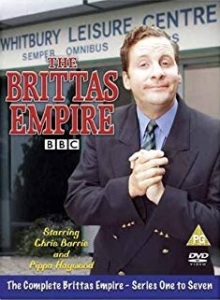 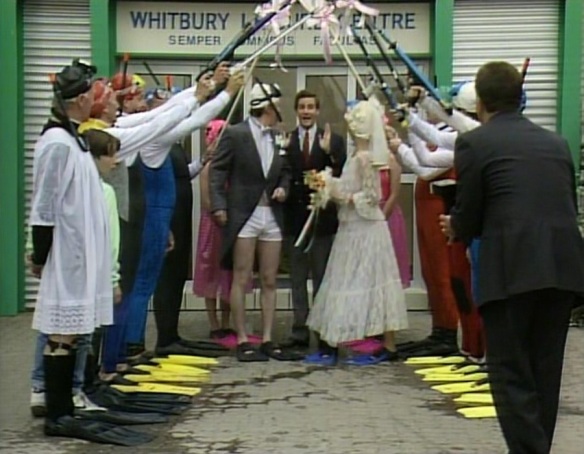 This is quite an enjoyable ‘Brittas Empire’ episode from Series 1. It has Gordon interviewing a young girl, Karan Bidmead as Beverley Pierson, who wants to work at the leisure centre. Beverley is unprepared when Gordon is sharing his ideas of world peace at his leisure centre during the interview.

There’s a wedding happening at the leisure centre too, which takes place in the swimming pool. This goes disastrously wrong when the best man dropped the ring and got stuck underwater. The best man is still there, drowning and possibly dead by the time the episode comes to the end. Pretty horrific. 😀

There’s also an old man in a wheelchair who’s drunk and running wild in the leisure centre. It was funny when the old guy in the wheelchair charges through a barrier of cardboard boxes mounted by Colin on Brittas’ orders. The old man doesn’t have any lines in the episode. He’s called Mr. Appleby. 😀

Colin’s plans for capturing the old man go pear-shaped when he accidentally shoots Gavin with a tranquiliser weapon to a door. Brittas has Gavin taken out to an ambulance whilst stuck to the door, taking it off its hinges whilst Laura and Angie carry a pregnant woman giving birth on another door. 😀

Very soon, a chemical inside the cardboard boxes gets loose and reacts to water, creating a kind of gas that causes everyone to cough and splutter. It was funny when the build-up to the gas leaking out was revealed as Brittas is on the phone talking to someone whilst Carole’s coughing behind reception.

The episode also has Helen meeting up with next-door neighbour Frances Low as Pam in the café at the leisure centre. It’s meant to be Helen and Gordon’s wedding anniversary today. But Gordon’s plans for a high quality restaurant meal with his wife will come to nothing. They’ll end up having a takeaway.

‘Underwater Wedding’ is a good balance of Brittas encouraging a potential young lady to work at the leisure centre whilst trying to resolve issues that end up as disasters. The standout moments of this episode are with that old drunk guy in the wheelchair. He even crashes through Brittas’ office window. 😀