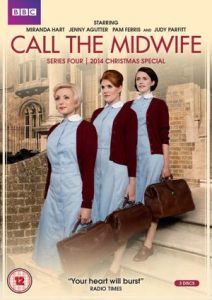 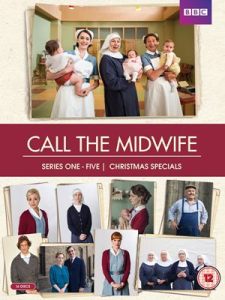 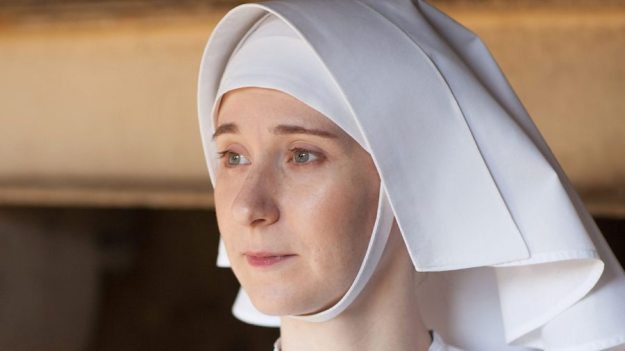 I’m not sure if it’s me or anything, but I am getting a sense of receiving a mixed bag from watching the Series 4 episodes of ‘Call the Midwife’. I wouldn’t like this to be the case, but it’s how it is for me.

I’ll do my best to explain why that is here. Anyway, Bryony Hannah is back as Cynthia Miller – except she’s now Sister Mary Cynthia, having become a nun recently following the 2014 Christmas Special.

It’s nice to have Cynthia back and how she adjusts to being Sister Mary now. An intriguing contrast where Cynthia becomes a nun compared to Shelagh who had left her nun life to be Dr. Turner’s wife.

Everyone is happy to have Cynthia back including Helen George as Trixie. Mind you, the relationship between Trixie and Cynthia isn’t quite the same as before since the two have become distant lately.

Cynthia also spends more time mediating in her room which Trixie is reluctant to interrupt when she wants to see her. Trixie also struggles in reconciling her break-up with Jack Ashton as Tom Hereward.

Something my Mum pointed out to me is that Cynthia could’ve been given guidance from Victoria Yeates as Sister Winifred in her new life being Sister Mary. I mean, she is a fully-fledged nun after all.

I think it gets touched upon in the episode, but it’s not strongly evident. It was nice to see a small appearance of Pam Ferris as Sister Evangelina when she is meeting Sister Mary at the nunnery here.

In the episode, Sister Mary finds Jenny Agutter as Sister Julienne having a problem with new parents Matt Whitchurch as Ray Prendergast and Bethany Muir as his wife Janice. But that’s not the focus. 😐

Oh don’t get me wrong, Sister Julienne does have her faith challenged when the mother Janice is refusing medicine for her new-born baby. This is because the Prendergasts are Christian scientists. 😐

Not sure why that should be a problem, but then again I’ve not met a Christian scientist to understand it. Anyway, this plotline’s focus happens to be related to Stephen McGann as Dr. Turner.

When the Prendergasts’ baby Raymond suffers continual fractures, Dr. Turner suspects that abuse may be involved. He calls in the NSPCC. Now it would’ve been interesting if it was abuse in the story.

How was he supposed to know it was to be a rare disease? Anyway, Turner gives into sickness and self-doubt and Laura Main as Shelagh insists that he stays home to get better while she takes over. 🙂

I like the support Shelagh gives to her husband and how she eventually dresses up as a nurse to take on full-on duties. I do think the patients were very harsh on Shelagh for not wearing the nurse outfit.

Thankfully as Turner gets better and he receives lots of gifts from the Poplar community to wish him well, he gets to redeem himself by sorting out another case. A case that dear nurse Barbara is doing.

In another subplot, Charlotte Ritchie as Barbara befriends Manjinder Virk as Ameera Khatun, who is a pregnant Sylheti woman who can’t speak any English. Only her little boy can interpret for Ameera.

When Ameera falls ill, Dr. Turner regains his confidence in order to save her. Thankfully Ameera is saved and very soon gets to have her baby at the episode’s end. I liked how this subplot worked out.

Going back to Trixie reconciling with Tom after their break-up, I like how it’s resolved even it doesn’t see them getting back together. Usually that kind of storyline works towards the climax of a season.

This episode also introduces us to Annabelle Apison as Violet Gee who runs a shop in Poplar. Cliff Parisi seems to get on very well with Violet Gee in their first meeting. Will it be a good friendship? 😀

Series 4, Episode 5 of ‘Call the Midwife’ did feel like a mixed bag for me. There are good bits as well as depressing bits, but hopefully I’d like to think that things will get better as the season progresses.

The DVD special features for Series 4 of ‘Call the Midwife’ are as follows. On Disc 2, there are featurettes including ’60’s Mufti in Poplar’, ‘Lacquer, Lashes & Flick’, ‘Babies, Bumps & Cords’ and ‘60’s New Era of Music’.