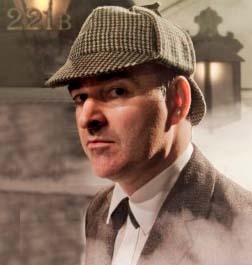 Welcome to the ‘Sherlock Holmes’ page on ‘Bradley’s Basement’.

There’s also a link to the ‘Doctor Who’ timeline for Sherlock Holmes, featuring Nicholas Briggs as the character in audio dramas produced by Big Finish.

Please feel free to check out, read and comment on my reviews for anything to do with Sherlock Holmes. I hope you’ll enjoy my thoughts about the film, TV and audio adaptations featuring the character.