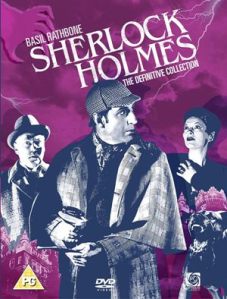 ‘THE HOUSE OF FEAR’

Or is it murderers? 😀 ‘The House of Fear’ is the tenth film of the ‘Sherlock Holmes’ series, starring Basil Rathbone and Nigel Bruce. It’s based upon ‘The Five Orange Pips’ story by Arthur Conan Doyle.

In the film, Sherlock Holmes is sent by an insurance company to investigate the gruesome deaths of several wealthy men staying at a Scottish mansion. Each death gets predicated by a strange delivery.

The victims are given letters that contain a certain number of orange pips. There’s definitely a sense of ‘And Then There Were None’ by Agatha Christie when viewing this certain ‘Sherlock Holmes’ film.

I would argue that ‘The House of Fear’ is the best film of the ‘Sherlock Holmes’ series starring Basil Rathbone and Nigel Bruce compared to ‘The Scarlet Claw’, mainly because it had kept my attention.

Basil Rathbone is again excellent as Sherlock Holmes. I do prefer Basil’s portrayal of Sherlock Holmes compared to Benedict Cumberbatch, since he’s more polite and friendly as well as being thorough. 🙂

Even Basil’s Sherlock is willing to admit when he’s in error concerning solving a murder case. He also does ask for Nigel Bruce as Dr. Watson on his opinion about who he thinks committed the murders.

Nigel Bruce is also equally good in the film. Despite his bumbling nature, he (in his own way) is able to deduce how a murder is caused. It was funny when he couldn’t explain a certain detail at the end.

He had to let Sherlock take over at that point. 😀 I also found it funny when Watson found himself talking to an owl that went “Who!” a lot. That does remind me of a ‘Terry and June’ episode I saw. 😀 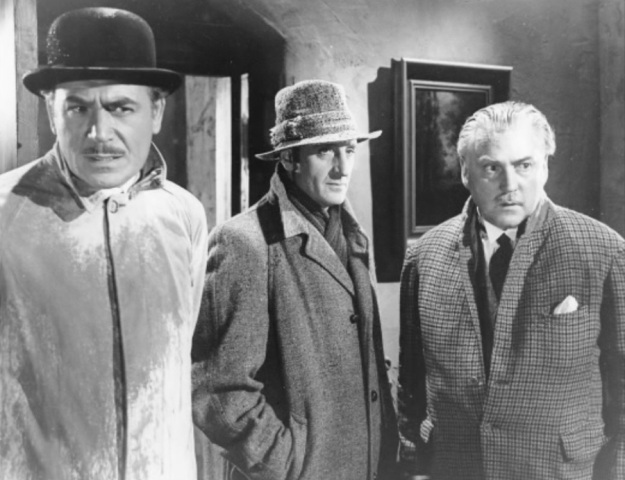 The certain wealthy men who stay at the Scottish mansion include Aubrey Mather as Bruce Alastair, who seems to be happy about everything. There’s also Paul Cavanagh as Dr. Simon Merivale here. 🙂 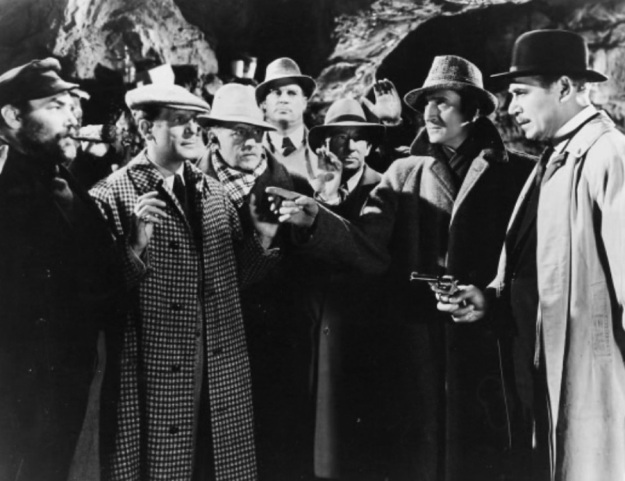 There’s also Harry Cording as Captain John Simpson in the film. And there’s Sally Shepherd who plays Mrs. Monteith, the housekeeper. She delivers the envelopes containing the orange pips in the film.

There’s Doris Lloyd as Bessie the Innkeeper and Alex Craig as Angus. A lot of characters play certain key roles in terms of how the murders were conducted and how Holmes and Watson solve the case.

I like how everything came together in terms of how Holmes and Watson uncovered the murderer(s). There is a sense of ‘Murder on the Orient Express’ featured when watching the film. 😀 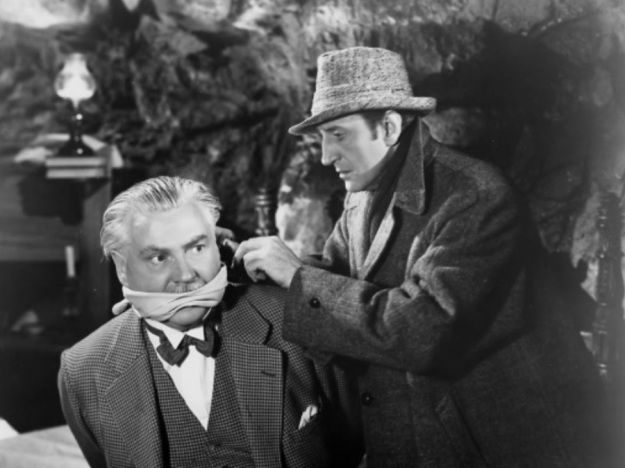 Watson does get gagged at some point after he spotted a clue indicating something else involved in the case, but thankfully Holmes is there to save them. The surprise ending was generally welcoming.

I like how Sherlock Holmes expressed how pleased he is that Watson is still alive to help him in their cases, to which Watson is pleased to hear. It shows the camaraderie shared between the two here. 🙂

‘The House of Fear’ is definitely a ‘Sherlock Holmes’ film worth watching in ‘the definitive collection’. I would argue it’s the best of the lot and Basil Rathbone and Nigel Bruce do excel as their characters.

The DVD special features are as follows. There’s the ‘Restoring Sherlock Holmes’ featurette, production notes by Richard Valley, a photo gallery and an original theatrical trailer.