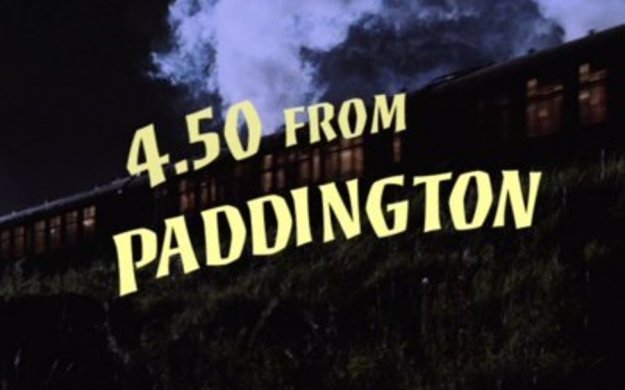 The third film of ITV’s ‘Marple’: Series 1, ‘4.50 From Paddington’, is based on the original book published in 1957. This was another great murder mystery film to enjoy from the ITV ‘Marple’ series.

When she meets up with Miss Marple and tells her of what she’s seen, their investigations soon lead to Rutherford Hall. Will Miss Marple be able to discover who the murderer is with her friends’ help?

This is a ‘Marple’ film that has a Christmassy feel to it, especially since the story is set around Christmas time. In fact, this was shown on Boxing Day 2004, making this feel like a Christmas Special.

It’s interesting that the film doesn’t focus a lot on the Paddington station train murder and diverts the story to Rutherford Hall in connection to that. But it helps add to the murder and the characters.

Again this film features some superb performances from its guest cast. I did recognise some faces in this film, but most of them I didn’t recognise. But that did not spoil my enjoyment of seeing the film. 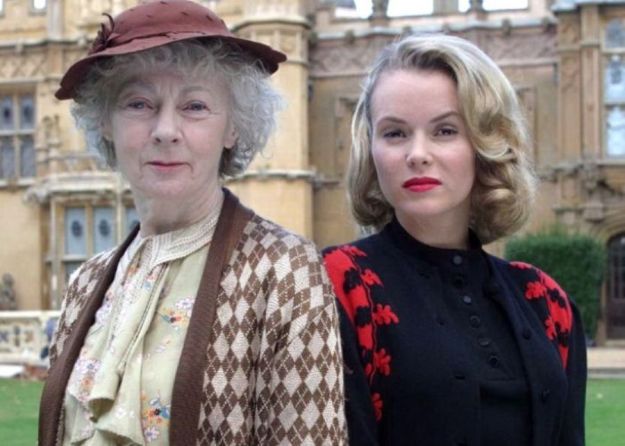 Geraldine McEwan delivers another great performance as Miss Marple in the film. Although Miss Marple does take the initiative to investigate the murder mystery, she does take a back seat in this.

From hearing what her friend Mrs. McGillicuddy tells her, Miss Marple soon acquires the help of Lucy Eyelesbarrow and Inspector Tom Campbell. This makes Miss Marple an orchestrator in this film.

Pam Ferris guest stars as Mrs. McGillicuddy in the film. I was delighted to see Pam Ferris. For me, Pam played Miss Trunchbull in the kids’ film, ‘Matilda’. She appears at the beginning and end of this. 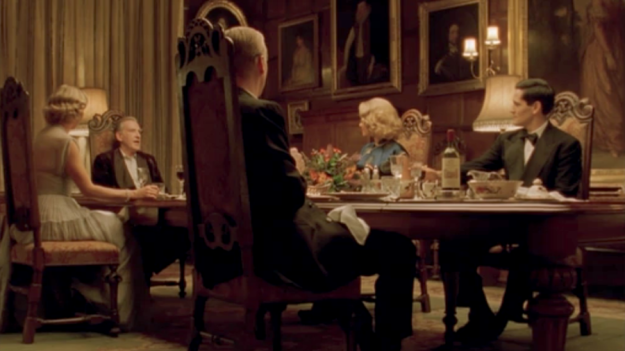 David Warner guest stars as Luther Crackenthorpe of Rutherford Hall in this. I’ve met David Warner in real life. He’s starred in some of ‘Doctor Who’ audios by Big Finish and also in ‘Star Trek V’ and ‘VI’.

The film also features Jenny Agutter as Agnes Crackenthorpe, Luther’s wife. Sadly Jenny Agutter does not appear much in the film, since she is only at the beginning when she dies in her deathbed.

The rest of the Crackenthorpe family also include Charlie Creed-Miles as Harold with his wife Rose Keegan as Lady Alice. Harold is a bigamist in this whilst Lady Anne is someone who can’t say the ‘s’s.

There’s also Ben Daniels as Alfred Crackenthorpe. Alfred is a moody sort of character who gets drunk a lot and has arguments with his father, David Warner as Luther, when they’re at the dinner table.

There’s also Ciarán McMenamin as Cedric Crackenthorpe. Later on, I discovered that Ciarán also played ‘David Copperfield’ in the 1999 BBC TV adaptation of Charles Dickens’ book. That is amazing! 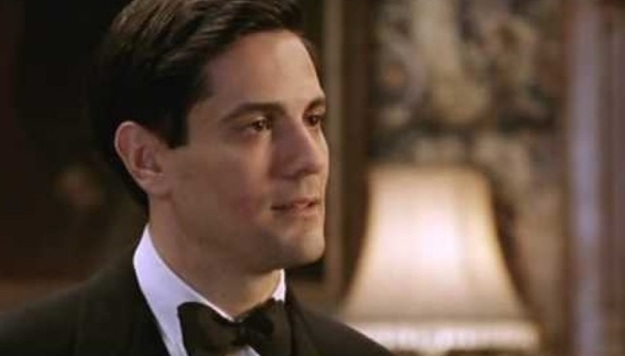 There’s also Michael Landes as Bryan Eastley, who is a widower of one of the Crackenthorpe daughters, Edith. Bryan has a semi-romance with Lucy Eyelesbarrow, but may be a potential suspect.

Amanda Holden guest stars as Lucy Eyelesbarrow. Lucy gets sent undercover by Miss Marple to investigate as a housekeeper at Rutherford Hall. She relates important discoveries with Miss Marple. 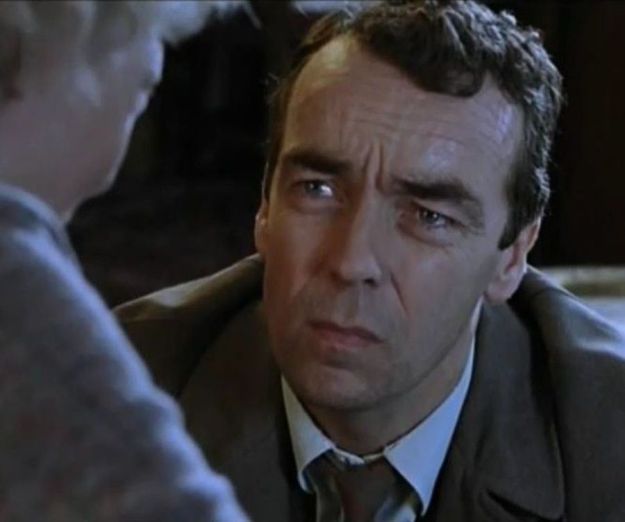 The cast also has Rob Brydon as Inspector Awdry; Celia Imrie (who was in the ‘Doctor Who’ episode, ‘The Bells of Saint John’) as Madame Joilet and also Kurtis O’Brien as Alexander, Bryan Eastley’s son.

There’s also Pip Torrens as Noël Coward in the film. Pip was also in ‘Jeeves & Wooster’ and ‘Doctor Who’. There’s also Neve McIntosh, who plays the Silurians in new series ‘Doctor Who’, as Martine. 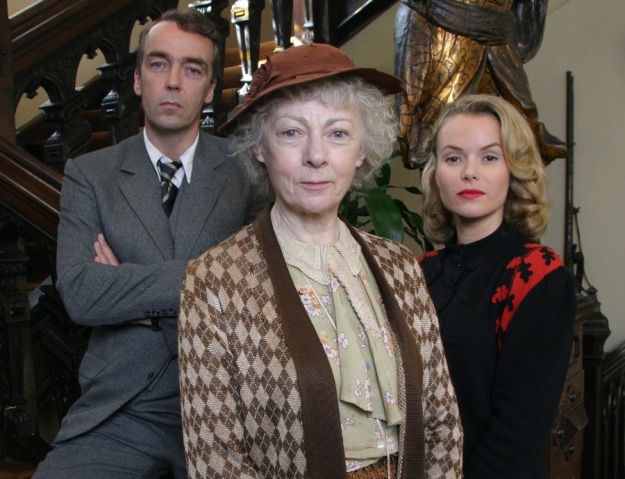 I like how the film ends with the murderer revealed and how Miss Marple explains all the loose ends on how the murder was committed. It was also very nice to see that Christmas scene with Miss Marple.

‘4.50 From Paddington’ is definitely a ‘Marple’ film I highly recommend for Christmas. It’s very engaging to watch and the murder mystery gets unravelled well with pace and tension throughout. 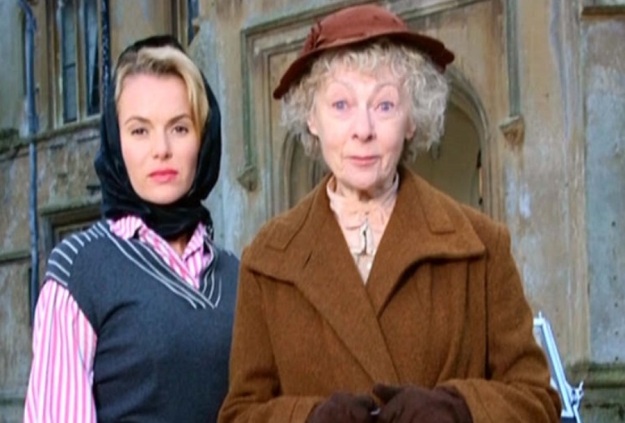 The DVD special features are as follows. There’s an exclusive behind-the-scenes documentary segment with key cast and crew interviews on ‘4.50 From Paddington’ to enjoy.