The sixth story of the ‘Miss Marple’ series starring Joan Hickson is ‘Sleeping Murder’. This is presented as a 2 x 50 minute episode story and based on the original 1976 novel by Agatha Christie.

‘Sleeping Murder’ was shown on the 11th and the 18th of January 1987. This is an interesting version of the story by the BBC since I’ve seen the ITV version of it and it is miles apart from this one.

From what I’ve read in terms of my research, the BBC version is claimed to be fairly true to the plot of the original novel. The ITV version however did certain alterations to the story and the characters. 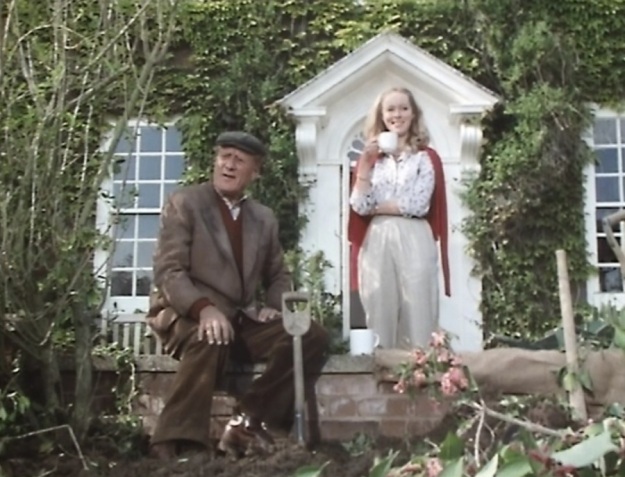 Also, the female lead of ‘Sleeping Murder’ is already married in the BBC version whereas the ITV version had her engaged to a distant fiancé before falling in love with someone else. This is unusual.

In the story, Gwenda and her husband Giles buy themselves a new house close to the seaside. But Gwenda soon finds herself witnessing the murder of her stepmother at the house from 20 years ago. 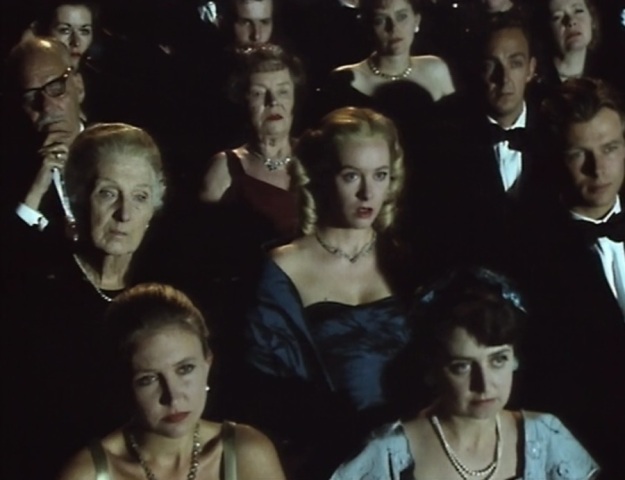 This is something that happened a long time ago when she was a child. Very soon, Gwenda and Giles receive the help of Miss Marple. The three investigate what had happened to Gwenda’s stepmother.

I liked Joan Hickson’s performance in ‘Sleeping Murder’ and she comes across as a willing friend and ally to Gwenda and Giles in their murder investigation. This is different compared to the ITV version.

Geraldine Alexander stars as Gwenda Reed in this adaptation of ‘Sleeping Murder’. It’s interesting Gwenda is a New Zealander in the BBC version. I did not register that when watching the ITV version.

I don’t recall Sophia Myles’ portrayal of the character being from New Zealand in the ITV version, since she was raised in India and didn’t have a NZ accent. I need to check the ITV version to confirm.

Geraldine Alexander has also been in the ‘Doctor Who’ story ‘Vengeance on Varos’ with Colin Baker. I don’t recall her role in that story too well, but I enjoyed her performance in this ‘Miss Marple’ tale.

John Moulder-Brown stars as Giles Reed, Gwenda’s husband in the story. I found Giles to be a very supportive and loving husband to Gwenda, especially since these two are newlyweds in this version. 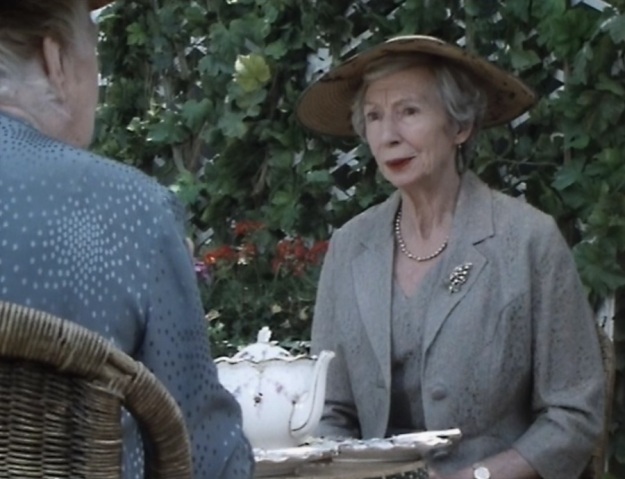 The guest cast also includes Jean Anderson as Mrs. Fane and Terrence Hardiman as her son Walter. I have seen Jean Anderson in an episode of ‘Keeping Up Appearances’ where she was Mrs. Fortescue.

I’ve also seen Terrence Hardiman in an episode of ‘Keeping Up Appearances’ and an episode of ‘The Brittas Empire’. He also did the ‘Doctor Who’ episode ‘The Beast Below’ with Matt Smith’s Eleventh Doctor.

Frederick Treves stars as Dr. James Kennedy in this version of ‘Sleeping Murder’. I’ve seen him in an episode of ‘Jeeves & Wooster’ and an episode of ‘Monarch of the Glen’. I found him very good here.

John Bennett stars as Richard Erskine and Geraldine Newman as his wife Janet. I’ve seen John Bennett in the ‘Doctor Who’ TV stories ‘Invasion of the Dinosaurs’ and ‘The Talons of Weing-Chiang’.

I’ve also seen Geraldine Newman as Hilda Hughes in ‘Ever Decreasing Circles’. Jack Watson stars in this BBC version as Mr. Foster. Jack Watson has been in episodes of ‘All Creatures Great and Small’.

The 1987 TV adaptation of ‘Sleeping Murder’ has been interesting to sit through. I enjoyed it. It’s very different to the ITV version and I’m very inclined to believe the BBC version’s closer to the book.