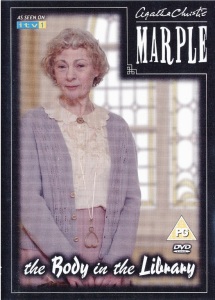 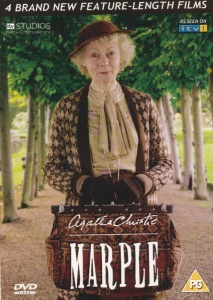 I enjoy watching Agatha Christie stories through adaptations on stage, film and TV! There are so many adaptations of these stories based on the works involving crime and murder by the literary author. I’m not saying there’s a definite version of faithful adaptations, but they’re thrilling to watch.

In 2004, ITV produced their own series of Agatha Christie’s ‘Miss Marple’, based on the books and short stories of the character. My Mum enjoys a good murder mystery and I think it’s fair to say she enjoys the Joan Hickson version of Miss Marple more than anyone else. But the ITV ones are still good! 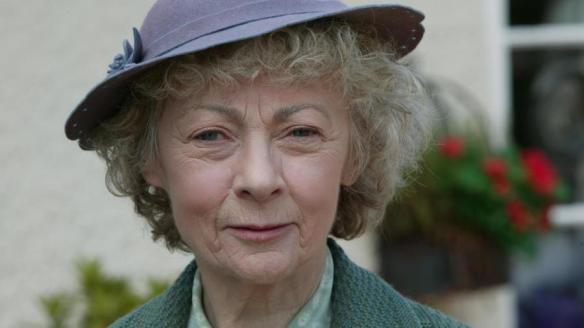 In Series 1 of ‘Agatha Christie’s Marple’ by ITV, Geraldine McEwan plays Miss Marple. I’ve seen Geraldine McEwan before in a BBC classic drama series called ‘The Barchester Chronicles’. I enjoy her interpretation of Miss Marple in these TV films of the character whenever I watch them on DVD.

Another thing about these ‘Marple’ films by ITV is that I enjoy the stellar casts featured in them. I enjoy watching the films and picking out who I can recognise from seeing them in various movies and TV shows like ‘Doctor Who’. No matter how hard I try, I can’t get away from ‘Doctor Who’! 😀

The DVD box set of ‘Marple’ – Series 1 features four TV movies. They were shown on ITV1 from 2004 to 2005. The four films are ‘The Body In The Library’, ‘The Murder at the Vicarage’; ‘4.50 From Paddington’ and ‘A Murder Is Announced’. These are what my thoughts are on these four TV movies. 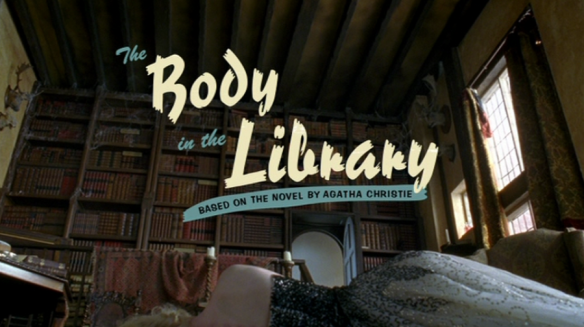 The first film, ‘The Body In The Library’, is based on the original book published in 1942. It’s not the first ‘Miss Marple’ story in publication order, but it’s the first story for this ITV movie series for 2004.

A prologue takes place at the beginning of the film set in a birthday party scene at a country house during World War II. The party abruptly ends with a rocket crashing in the house, which was a shock.

In the film, a mystery takes place at Gossington Hall where the body of a glamorous blonde is found dead in the library – hence the title, ‘The Body In The Library’. Dolly Bantry needs some help with this. 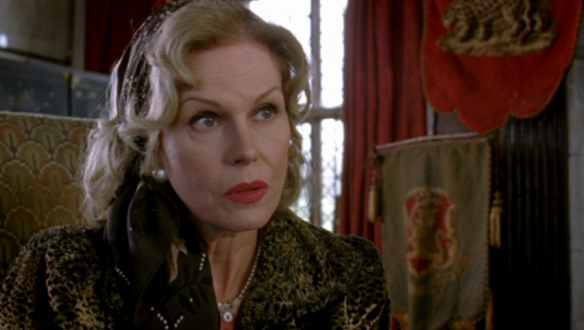 Thus she calls on her dear friend, Jane Marple, who is an amateur sleuth. Miss Marple, through her wit and eccentricity, solves the mystery with how this peculiar blonde girl came to be at Gossington Hall.

I don’t think the plot of this film is as strong as I expected. It was slow to start off with in getting to know the characters. But it got more interesting later on, especially when the mystery gets resolved.

There weren’t a lot of familiar faces that I recognised in this ‘Miss Marple’ film. This would get better as I would see more familiar faces in later ‘Marple’ movies. But the ones I recognise in this are good. 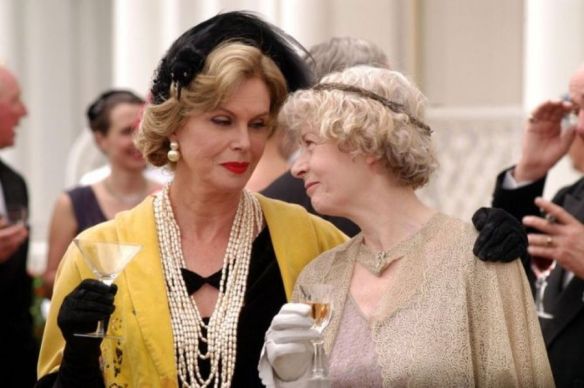 Geraldine McEwan is superb as Miss Marple. The reason why I like her performance of Miss Marple so much is how she can appear to be so gentle, yet be able to brilliantly come with solving mysteries.

Sometimes it doesn’t seem like Miss Marple is the driving force in the plot. But Geraldine McEwan’s Miss Marple is simply watching and observing. When she explains the plot, it is exciting and thrilling.

Joanna Lumley guest stars as Dolly Bantry, a dear friend of Miss Marple who calls for her help. I’ve seen Joanna Lumley in many things such as the ‘Doctor Who’ comic relief special, ‘The Curse of Fatal Death’. 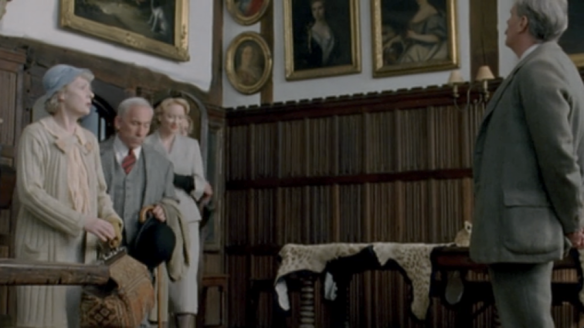 Dolly Bantry is married to James Fox as Colonel Arthur Bantry. I was delighted to see James Fox in this. For me, he played Professor Chronotis in the Big Finish audio of ‘Shada’, featuring Paul McGann.

There’s also Ian Richardson as Conway Jefferson. Ian Richardson has starred in many classic dramas in film and TV over the years. His character knew the victim before she died and was so fond of her.

There’s Simon Callow as Colonel Melchet who conducts the investigation of the murdered victim. For me, Simon Callow played Charles Dickens in the ‘Doctor Who’ 2005 episode ‘The Unquiet Dead’. 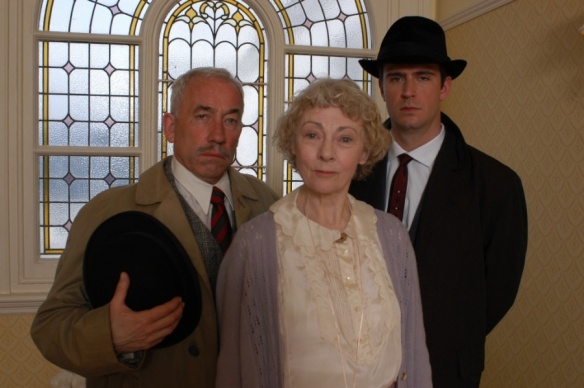 There’s Jack Davenport as Superintendent Harper, who works with Colonel Melchet on the case. I like Davenport’s performance as this brash policeman. He was in the ‘Pirates of the Caribeean’ films.

There’s also David Walliams as George Bartlett. David Walliams is well-known for ‘Little Britain’ and was in the ‘Doctor Who’ episode, ‘The God Complex’. I found his performance rather awkward here.

Ben Miller guest stars as Basil Blake in the film. Ben Miller was also in the ‘Doctor Who’ episode ‘Robot of Sherwood’. It was so interesting how Basil Blake somehow got involved with the mystery. 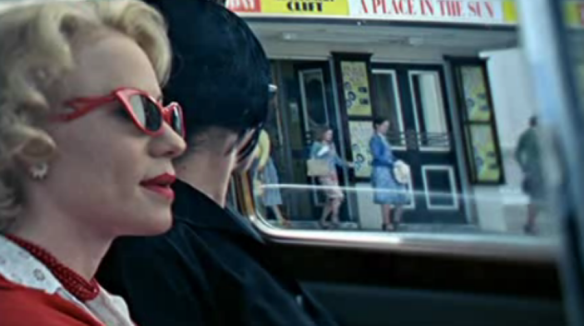 I also recognised Florence Hoath as Pamela Reeves. Florence Hoath played Nancy in the ‘Doctor Who’ story ‘The Empty Child’/’The Doctor Dances’. Sadly her character has a sticky end in this story.

Apparently this film was mostly faithful to the book, apart from one thing. There was a lesbian element featured in the murder committed. That would not have been faithful to the original book.

‘The Body In The Library’ is a decent beginning to the ITV ‘Marple’ series of films. It wasn’t a standout one for me, but I was looking forward to seeing what would come in the next three films of Series 1.

The DVD special features are as follows. There’s an exclusive behind-the-scenes documentary segment with key cast and crew interviews on ‘The Body In The Library’ to enjoy.