A Christmas Carol with Michael Horden and John Le Mesurier

This is the 1977 BBC TV adaptation of ‘A Christmas Carol’ by Charles Dickens. This is a 58-minute TV special for Christmas. It starred Michael Horden as Scrooge and John Le Mesurier as Marley’s Ghost.

I enjoyed this TV version of ‘A Christmas Carol’ by the BBC, although it’s not the best version of the story in my opinion. It’s not great as the 1951 film version of the tale, ‘Scrooge’ with Alistair Sim in it.

I don’t think the production standards were great in this TV version of the story as some of the other adaptations. The visual effects aren’t great and the set design is very limited featured in the drama.

There aren’t many exterior shots featured in the drama and what is seen outside is mostly 2D drawings. This made it very unconvincing for me, as it seemed like a surreal and unusual production.

There have been many adaptations of ‘A Christmas Carol’ over the years since it is a very popular Christmas story by Dickens. But to be honest, I found this TV version to be the weakest adaptation.

The story was dramatised by Elaine Morgan, produced by Jonathan Powell and directed by Moira Armstrong. I would have liked this TV adaptation to be longer, as it seemed to go rather too quickly.

I’m not sure whether everything from the ‘Christmas Carol’ story by Charles Dickens had been covered in this TV version. It would have been nice if this was a three-parter instead of one episode.

The performances of the cast however are very good. Michael Horden leads the cast as Ebenezer Scrooge. He’s really into the character and he brings out the grumpiness of Scrooge very well in this. 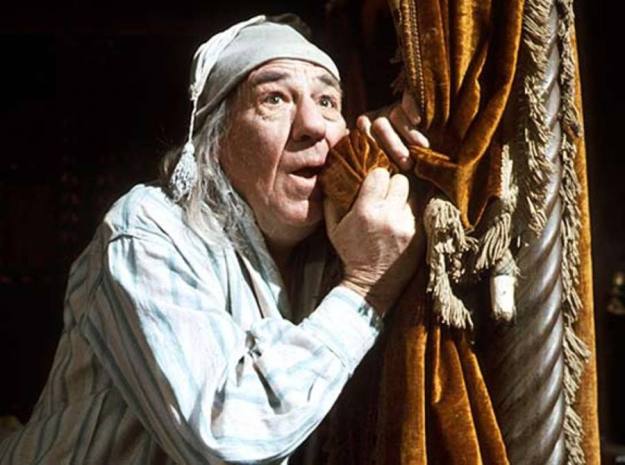 Here’s a point of trivia for you. Michael Horden was in the 1951 film ‘Scrooge’ with Alistair Sim and he played Marley’s Ghost in that. He’s risen in the ranks playing Scrooge in this TV special of the tale.

There’s also John Le Mesurier as Marley’s Ghost. John Le Mesurier is well-known as Sergeant Wilson in ‘Dad’s Army’. I was amazed and surprised to see him in this serious and iconic role in a TV special. 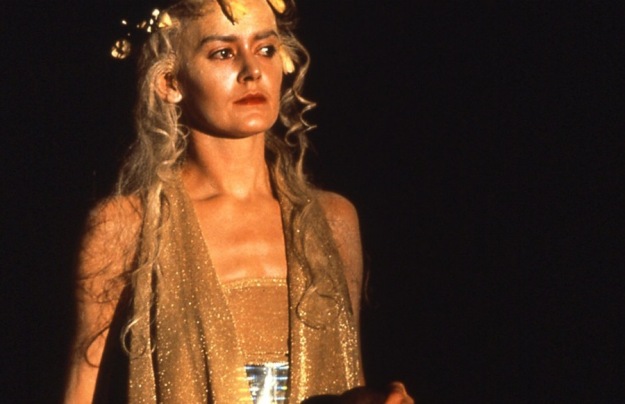 There’s also Clive Merrison (who I’ve seen in ‘Doctor Who’ too) as Bob Cratchit with Carol MacReady as Mr. Cratchit. There’s Paul Copley as Fred, Scrooge’s nephew and Maev Alexander as Fred’s wife.

Other faces that I recognise in this include Tracey Childs (who is well-known in ‘Doctor Who’ as Klein in the Big Finish audios) as Fan, Scrooge’s sister and there’s John Ringham as the charity gentleman.

There’s also Zelah Clarke (who I recognised as Jane Eyre from the 1983 TV version of ‘Jane Eyre’) as Martha Cratchit. And there’s Timothy Chasin who plays Tiny Tim in this special of ‘A Christmas Carol’.

This 1977 TV version of ‘A Christmas Carol’ has been very enjoyable indeed. It isn’t the best version in my opinion, but I’ve enjoyed the performances of Michael Horden and John Le Mesurier from this.