The Underwhelming Story of Lady Susan 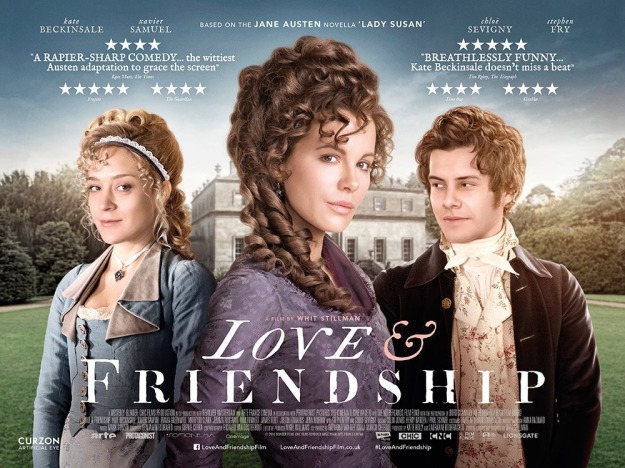 This film is based on the Jane Austen novel ‘Lady Susan’.

When people think of Jane Austen, they immediately think of her books like ‘Pride and Prejudice’, ‘Sense and Sensibility’, ‘Emma’, ‘Northanger Abbey’ and such. Many have gone on to be adapted into film and TV productions. They have pleasing results and stay true to the original source material.

Not surprisingly, people don’t talk a lot about Jane Austen’s lesser-known works. This includes the short stories and novellas Jane Austen left behind whether they’re completed or not. Even though they’re less well-known, I’d like to think the film and TV adaptations for them echo Austen’s writings.

That’s not something I can say about the 2016 movie ‘Lady Susan’. Yeah I know it’s called ‘Love & Friendship’, but seriously it’s ‘Lady Susan’! And yes, I know some people like this movie. In fact, when it came out at certain cinemas, it had positive reviews from critics. That’s something I can’t agree with.

I don’t know what it is people like about ‘Love & Friendship’ and clearly there’s a fanbase for it, but I just find this movie a mess. I’ve seen it twice now and I still can’t get my head around it. It doesn’t match to other adaptations of Jane Austen’s works, even though I don’t know ‘Lady Susan’, that well.

Also, I don’t think ‘Lady Susan’ – sorry ‘Love & Friendship’ – was well-marketed in the UK. It was a box office success in the US but wasn’t widely released in other parts of the world. Which is strange because, shouldn’t it have a larger market in the UK considering that most of it was filmed in the UK?

My parents and I could have seen it in 2016 but there weren’t many showing times to see it at the cinema. It was on for a limited release where I live. Again, why that was with a film well-received in the US, I have no idea. I eventually purchased the movie on DVD for my Mum on her birthday in March 2017.

I’m regretting that I purchased the film for my Mum since my hopes of this being a traditional Jane Austen romantic comedy were squandered by how it’s presented. The film was written, produced and directed by Whit Stillman, who decided to do a combination Jane Austen and Oscar Wilde here.

Now, I don’t know about you, but I feel the combination of Jane Austen and Oscar Wilde misfired. I have seen ‘The Importance of Being Earnest’ as a film on DVD a while back. Whilst it wasn’t all that great a film, I thankfully was able to appreciate that balance of romantic comedy drama throughout.

But here, the combination of Austen and Wilde’s writing seems slightly off. In most of Austen’s work that I’ve seen on film, she tries to balance both witty writing and emotional drama to progress a particular character’s journey forward. You can enjoy the comedy whilst appreciating the characters.

In this film, the characters seem flat and uninteresting. It’s like the film was going for more laughs without understanding how the characters interacted with each other. I struggled to appreciate who the characters were without getting properly introduced to them. Most of them seemed unlikeable.

It also didn’t help that we had to have credits posted throughout the film to identify who was who. Maybe because ‘Lady Susan’ is lesser well-known work by Miss Austen, it was meant to help us identity who was who in the film. But the character credits did not help. It distracted me throughout.

There’s also a weird thing going on where characters reading from a letter or something have the words shown to us on the screen. No really! The movie allows us to see what’s being read from the letter by actually putting words on the screen. I would have done without this altogether, thank you!

But okay, maybe I’m being too harsh. Let’s talk about the characters. Kate Beckinsale stars as the main character Lady Susan Vernon. Kate Beckinsale did another Jane Austen production which was the 1996 TV film ‘Emma’. She’s also well-known for action movies including the ‘Underworld’ series.

Now Kate Beckinsale’s acting is very good here. Her character on the other hand…is very unlikeable. Lady Susan is a snooty, bitchy character who thinks herself superior and conducts many exploits involving marrying off her daughter as well as marrying herself. A very typical snob in an Austen tale!

I wouldn’t mind that so much as it was interesting to have a story about a character from the aristocracy who’s rather stuck-up and full of herself for a change. But that’s the problem. Throughout the film, she doesn’t change much in terms of a character. She is more or less the same!

In stories like ‘Pride and Prejudice’, Lizzie Bennett learns the errors of her ways in misjudging people like Mr. Darcy. In ‘Sense and Sensibility’, Elinor Dashwood learns the importance of having passion as well as tenderness in romance and vice versa with Marianne learning tenderness as well as passion!

I can’t think of a single thing regarding Lady Susan’s character in which she turned out to be a better person in the film. Because she doesn’t! It’s very hard to root for a change that’s so unlikeable. She would also have a person whipped before he tried to talk to her about something maybe important.

The film also features Xavier Samuel as Reginald DeCourcy. Now he’s a bit of an odd character. There were times where he could be likeable but there were other times when he could be weird. You see, he has sort-of romantic intentions towards Lady Susan. But he later finds out she’s not a nice person.

I suppose he’s a character who kind of goes on a journey where he realises Lady Susan’s not the woman for him and he eventually falls in love with her daughter Frederica instead. But the issue I have is that there wasn’t a love story between him and Veronica, despite getting married at the end.

There’s also Stephen Fry as Mr. Johnson, Alicia’s husband. Now with a name like Stephen Fry, you’d think he’d get a meatier role in the film. I was looking to seeing a lot of Stephen Fry that could’ve saved the film. But…he only gets one scene in the film. I’m not kidding there. He’s only in one scene.

WOW!!! The man who played Jeeves in ‘Jeeves & Wooster’ with Hugh Laurie as well as the Master of Laketown in ‘The Hobbit’ film trilogy gets only one scene in the ‘Lady Susan’ film. I find Stephen Fry’s appearance in ‘Part One’ of ‘Spyfall’ in ‘Doctor Who’ more dignified than his appearance here!!! 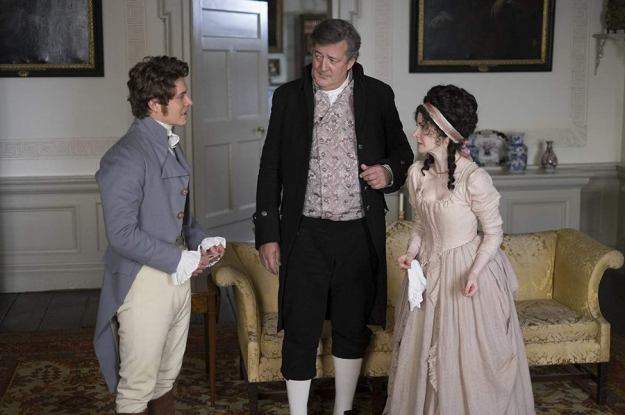 There film also features James Fleet as Sir Reginald DeCourcy and Jemma Redgrave as Lady DeCourcy, Xavier Samuel’s Reginald’s parents. They’re the best part of this film as far as I’m concerned. There’s Morfydd Clark as Frederica, Lady Susan’s daughter and I was able to root for her. 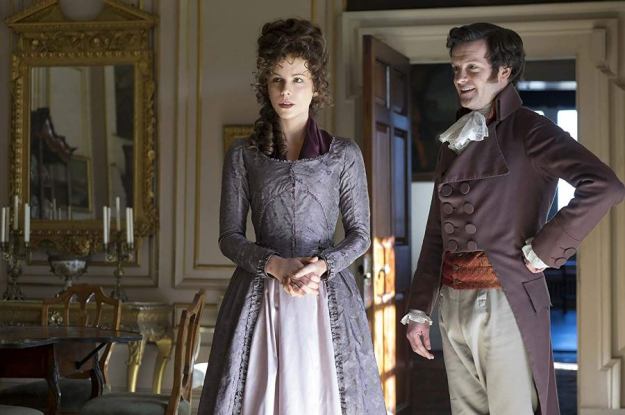 The DVD special features are as follows. There’s a trailer for the film as well as a making-of featurette for ‘Love & Friendship’. I found the trailer easier to follow than the film. Whilst the cast seemed enthusiastic about making the movie behind-the-scenes, it didn’t match my enjoyment of it.

So yeah, this movie – ‘Lady Susan’ or ‘Love & Friendship’ whatever you want to call it – was a huge disappointment for me and my parents’ part. It wasn’t the Jane Austen romantic comedy we were hoping for. It felt like a missed opportunity and didn’t help with the main character being unlikeable.

I know there are people who rate this film highly and if you do then that’s fair enough. But this wasn’t satisfying for me compared to other film/TV adaptations of Jane Austen’s works I’ve seen. I’m clearly missing something here, but this a certain ‘Lady Susan’ film isn’t something I’ll hold with high regard. 😦