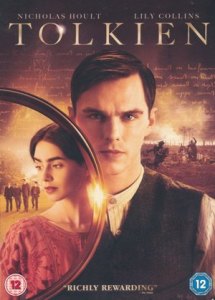 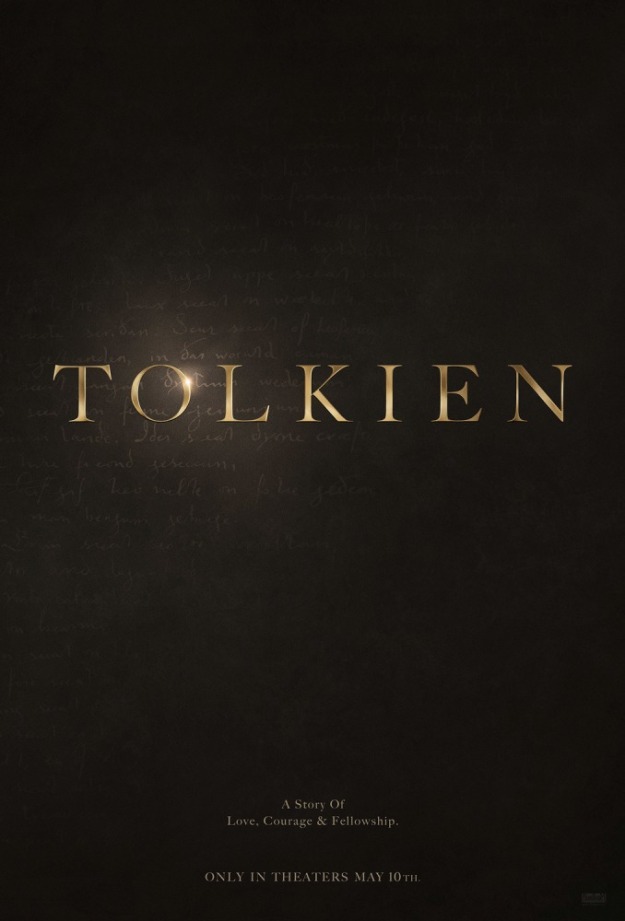 My parents and I have seen this film more times on DVD compared to seeing it at the cinema!

This is especially when some films are shown at cinemas. I’m not sure what the formula is to make a historical drama film about certain real people, but I’d like to think the film is depicting them in a true light. Whilst I have issues with ‘The Glenn Miller Story’, I feel it’s a decent depiction of the man.

My parents and I had a challenge in trying to see the film ‘Tolkien’ at the cinema. The film was released on the 3rd of May 2019 in the UK. But when it was released in the UK, it didn’t have many showing times. It seemed to be out for a short period, despite the promotion that it had beforehand.

Thankfully my parents and I were able to see the film at a cinema in Cardiff. I’m glad we saw it on the big screen before its duration at certain cinemas came to an end. Nowadays, people would have to purchase the film on DVD, Blu-ray or see it on certain streaming sites via subscription e.g. Disney+.

With that said, I enjoyed ‘Tolkien’ as a film. I hadn’t read many reviews beforehand and I don’t think it’s been praised highly. But from what I saw, I found it an intriguing and enjoyable film about the man who went on to create the fantasy world of Middle-Earth in the many books published in the 20th century. 🙂

John Ronald Reuel Tolkien authored books such as ‘The Hobbit’, ‘The Lord of the Rings’ and ‘The Silmarillion’ set in his extraordinary fantasy world of Middle-Earth. The film doesn’t necessarily focus on the books he wrote, but it does focus on his early life and how he was inspired to write his novels.

I knew a little of Tolkien’s early life during his school days in Birmingham and when he went to study at Oxford. This is from seeing the Tolkien documentaries on ‘The Lord of the Rings’ DVD/Blu-ray box sets, including ‘Creator of Middle-Earth’, ‘Origins of Middle-Earth’ and ‘Legacy of Middle-Earth’. 🙂

My parents and I have also visited Oxford and we went to see the Eagle and Child pub which Tolkien and his later friend C.S. Lewis visited. It was intriguing to see Tolkien’s early life dramatised on film and how he formed a ‘fellowship’ with his three dear friends, whom I knew a little bit about.

Nicholas Hoult stars as Tolkien in the film. It’s surreal to see him in this film as he’s also been in the ‘X-Men’ films, playing Hank McCoy/Beast in ‘First Class’, ‘Days of Future Past’, ‘Apocalypse’ and ‘Dark Phoenix’. It’s amazing he plays Tolkien here as I feel he’s done a very good job portraying him.

I really like the performance Nicholas Hoult delivers as Tolkien, as he gives a believable interpretation of what the man would have been like when he was growing up with his love for language and literature and the friendships he formed whilst studying at school and college. It feel very satisfying.

The film also focuses on Tolkien’s experience of fighting in the First World War. Watching those war scenes reminded me of how horrific war is and how traumatising it must have been for Tolkien to go through that, especially as he loses his friends during those terrible days on the Battle of the Somme.

It’s interesting how the film starts with Tolkien in the First World War before we cut back to parts of his life where he was growing up with his mother and brother; to going to school in Birmingham, meeting Edith Bratt, ending up in Oxford and soon fighting in the war. It ties up very well in the film.

The film also features Anthony Boyle as Geoffrey Smith, Patrick Gibson as Robert Gilson and Tom Glynn-Carney as Christopher Wiseman. These are Tolkien’s three friends and they formed the Tea Club and Barrovian Society (the T.C.B.S.) whilst studying at school in Birmingham during their youth.

Watching Tolkien and his friends put me in mind of the ‘fellowship’ that’s echoed in ‘The Lord of the Rings’, especially with the four hobbits that appear in the epic story. It was very interesting to see how the four friends Tolkien made grew together to share various interests in art, music and poetry.

There’s also Lily Collins as Edith Bratt, who becomes Tolkien’s lifelong love and wife in real-life. I liked the romance between Tolkien and Edith in the film. It did remind me of the Aragorn and Arwen love story featured in ‘The Lord of the Rings’ as well as Beren and Lúthien’s story set in Middle-Earth.

Incidentally, Mimi Keene plays young Edith in the film. It was interesting to see the struggles of Tolkien and Edith being together amidst obstacles such as Tolkien needing a scholarship in order to succeed in life. I like how devoted Edith is to Tolkien, especially after he survived the First World War. 🙂

Colm Meaney stars as Father Francis Morgan, Tolkien’s legal guardian in the film. It was equally surreal to see Colm Meaney in the film, especially as he’s well-known for playing Chief O’Brien in ‘Star Trek’ TV shows like ‘The Next Generation’ and ‘Deep Space Nine’. It was a pleasure to see him.

Father Morgan is seen to help Tolkien and his family when they move from the countryside to Birmingham. He’s first against Tolkien and Edith being together as he believes it interferes with his studies. I liked it when Morgan admitted he was wrong as Edith was loyal to Tolkien after the war. 🙂

Sir Derek Jacobi stars as Professor Joseph Wright in the film. For me, Derek Jacobi played the Master in the ‘Doctor Who’ episode ‘Utopia’ and he’s gone on to play the Master in ‘The War Master’ audio series by Big Finish. I enjoyed his appearance in this ‘Tolkien’ film, even if he played a small part in it.

Professor Wright appears about halfway in the film when he seems to be impressed by Tolkien’s love of language and his ability to create a new language. Tolkien gets to be taught by Wright at Oxford University, if only for a short while before war is declared. I wish more of that explored in the film. 🙂

Pam Ferris stars as Mrs. Faulkner, the lady who lodges Tolkien, his brother and Edith at her home. It was a pleasure to see Pam Ferris in the film as I know her for playing Miss Trunchbull in ‘Matilda’. She’s also very well-known for playing Sister Evangelina in the first five seasons of ‘Call the Midwife’.

The film also features Craig Roberts as Private Sam Hodges, Tolkien’s batman during the Battle of the Somme. I don’t know if it was deliberate to call Tolkien’s batman Sam based on the character Sam Gamgee from ‘The Lord of the Rings’, but I quite like it since it serves a nice connection to the books.

I liked the scene Tolkien had with Geoffrey’s mother when persuading her to have his poems published after he died tragically in the war. It was equally nice to see Tolkien read the letter sent to him by Geoffrey before he died in the war, as I have heard quotes of it in a ‘LOTR’ DVD documentary.

There’s Owen Teale as Headmaster Gilson, Robert Gilson’s father. You may know Owen Teale for being in a ‘Doctor Who’ story, a ‘Torchwood’ episode and a ‘Doctor Who’ audio by Big Finish as well as ‘Game of Thrones’. 😀 Robert stands up to his father when he has his friends around to stay over at his house.

I’m glad my parents and I saw ‘Tolkien’ at the cinema. I found this is a mostly faithful dramatisation of J.R.R. Tolkien’s early life at school and at university before he fought in the First World War and before he wrote ‘The Hobbit’ as well as when he had friendships and having his romance with Edith Bratt. 🙂

I wish more was explored in terms of what the writing process was like in writing ‘The Hobbit’ and eventually ‘The Lord of the Rings’. I also would have liked to have seen Tolkien meeting C.S. Lewis at some point in his life. Maybe it will come in a future film depicting Tolkien and C.S. Lewis together. 🙂

If you ever get a chance to see ‘Tolkien’ on DVD, Blu-ray or Disney+, I’m sure you’ll enjoy it and find it interesting about the man who created Middle-Earth. Overall, my parents and I had a good time seeing this on the big screen. I’m glad we’re still able to enjoy it on DVD after seeing it at the cinema.