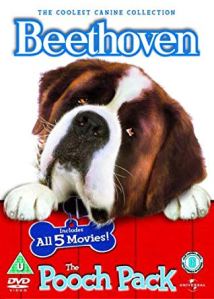 This is for all you dog lovers out there!

‘Beethoven’ is a family comedy film that was released in 1992. It’s about a St. Bernard dog that gets owned by an American family and gets the name Beethoven. I saw this film at a young age when my parents purchased the VHS of it. I enjoyed this film so much and it was very harmless fun all around.

It seems that ‘Beethoven’ has caught on a cult following in his own series of films. This includes ‘Beethoven’, ‘Beethoven’s 2nd’, ‘Beethoven’s 3rd’ and many more including a Christmas adventure. Beethoven even has a cartoon series and video games. WOW! How do I keep up with this big dog?!

In the first movie, Beethoven starts off as a cute little puppy that gets dognapped during the night from a pet shop. But the little puppy manages to escape and enters the lives of the Newton family.

This doesn’t bode well for Charles Grodin as George Newton, the father of the family. Whilst his three kids love their new puppy, George is against having to take the responsibility of owning a dog.

This is understandable, since when Beethoven grows up to be a big dog of 185 pounds, trouble is caused. Beethoven eats any food he can find; drools; slobbers and also makes George’s life a misery.

Beethoven can also cause the hilarious of disasters to happen. This is from ruining a house that George has to clean up all the time to dragging two of George’s business clients of from a barbeque. 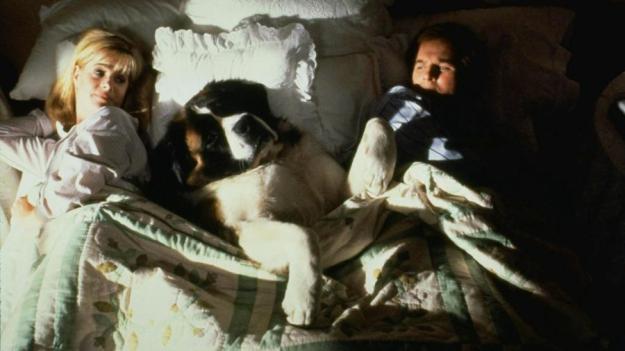 Whilst Beethoven causes trouble for George Newton’s life, he also shows love to the Newton family. This especially includes him rescuing little Emily from a swimming pool from a neglectful babysitter.

This is a quaint family film that combines both drama and comedy very well. Now we’ve never had a dog in our family home, but we could empathise with the dilemmas and drama from this family film.

Charles Grodin is superb as George Newton in ‘Beethoven’. I like the combination of drama and comedy he puts into his performance, from hating Beethoven to eventually growing to love his dog.

Bonnie Hunt is equally good as Alice Newton, George’s wife. Alice is the sympathetic, understanding, supportive wife that George could want, even when they talk about keeping Beethoven as their dog. 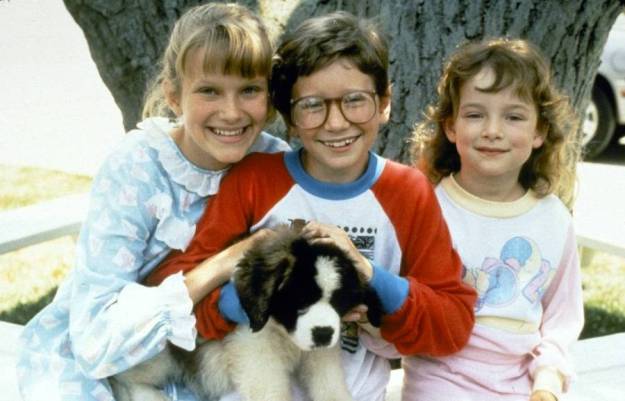 Nicholle Tom stars as Ryce Newton, the eldest of the three children. In the film, Ryce has a crush on one of the boys at her school called Mark. Beethoven helps with getting the boy’s attention for her.

Christopher Castile stars as Ted Newton, the second eldest of the three children. Ted gets bullied at school and wears glasses. Beethoven helps scare off the bullies when Ted comes home from school.

Sarah Rose Karr stars as Emily Newton, the youngest of the three children. Emily is the first of the Newtons to meet Beethoven when he enters into her bedroom as a puppy. She instantly loves him. 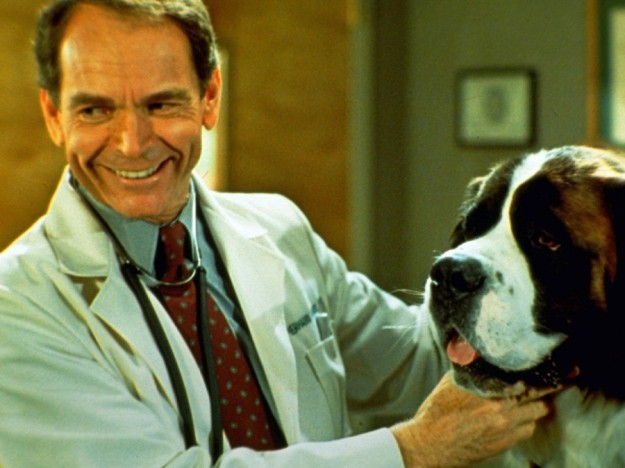 The film also features Dean Jones as the villainous Dr. Herman Varnick. Varnick is a veterinarian who is involved in unethical and deadly animal experimentation. He wants Beethoven as his test subject.

There’s also Oliver Platt as Harvey and Stanley Tucci as Vernon, the two thieves and dognappers working for Varnick. They are like the villainous double act that do Varnick’s dirty work in the movie.

The cast also includes David Duchovny as Brad and Patricia Heaton as Brie, the two capitalists who look to secretly swindle George out of his car freshener firm. Beethoven however puts a stop to that.

There’s also Laurel Cornin as Devonia Peet, the irresponsible babysitter looking after Ryce, Ted and Emily in the film. She’s like an American version of Hyacinth Bucket from ‘Keeping Up Appearances’.

‘Beethoven’ is a lovely little family film that both humans and dogs will love. I enjoy this film whenever I see it on TV or DVD. It gives me fond childhood memories to look back on as I watch this.