‘PLAGUE OF THE MANTIS’ (MMPR) 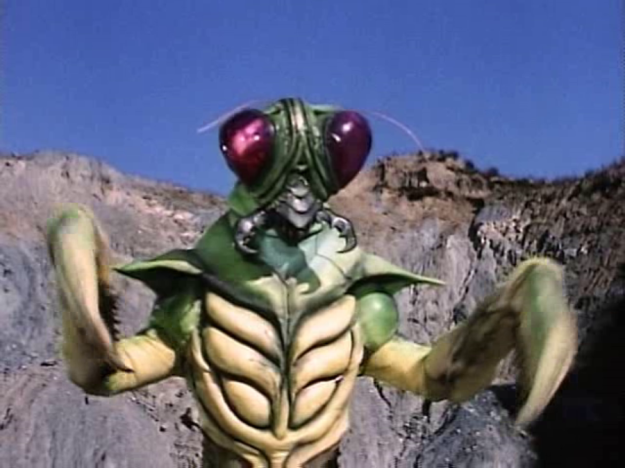 This is a Trini focused episode in the ‘Power Rangers’ series. In this story, Trini is training a new kind of Kung-Fu which involves the study of mantises. She gets this training from a Kung-Fu master named Master Li. But as she progresses in her training, she doesn’t feel confident enough in the art.

Meanwhile, Rita Repulsa attempts to use Trini’s insecurity against her as she unleashes her own mantis monster called…err…the Mantis. Eventually, during the episode, Trini finds herself facing tough challenges when fighting the Mantis monster and has to adhere to her principles of being fair.

I like how this episode explores Trini’s character especially in her studies of the martial arts and Kung Fu. I don’t think there’s enough episodes in the ‘Power Rangers’ series to develop Trini’s character. Apart from ‘High Five’ and ‘Plague of the Mantis’, I cannot think of any other Trini focused episodes.

Trini has her first encounter with the Mantis when she’s in the park and goes into the forest. She morphs into the Yellow Ranger before the other Rangers join her. But the Mantis retreats, taunting Trini in saying that she has no honour and can’t fight the Mantis alone. This gets Trini very low down.

The other Rangers, Jason; Billy; Zack and Kimberly reassure and encourage Trini to not doubt herself. Trini decides to give herself time to practice the Kung Fun art that she’s been trained to do by her Master Li. She then gets an invitation to train in a quarry by Master Li, but this turns out to be a trap.

The invitation was actually sent by the Mantis itself. How the envelope landed on the bar in Ernie’s Juice Bar I’ve no idea. Maybe it’s magic. Anyway, Trini faces the Mantis again and eventually morphs into the Yellow Ranger. In fact we don’t see her morph in the second fight she has. What happened?

Eventually it turns out not to be a fair fight; Trini proves herself in her Kung Fu skills; the other Rangers join her and they defeat the Mantis in their Dino Megazord at the end. Also Bulk and Skull have their own Cockroach Kung Fu which is stupid. So all in all, this is a decent Trini focused episode.