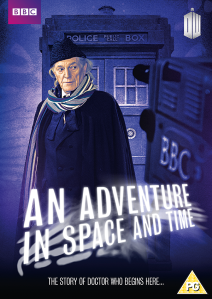 ‘AN ADVENTURE IN SPACE AND TIME’ 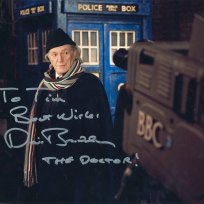 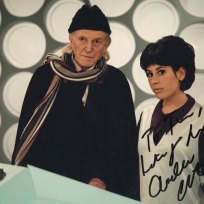 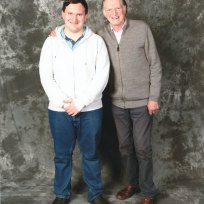 This review is for Simon (Timelord007) who is a huge ‘Doctor Who’ fan.

This is ‘An Adventure in Space and Time’, a docu-drama shown on BBC2 on the 21st of November, 2013 to celebrate 50 years of ‘Doctor Who’. I watched this very special drama on the night it was shown. I enjoyed seeing how the history of ‘Doctor Who’s creation was dramatized before my eyes. 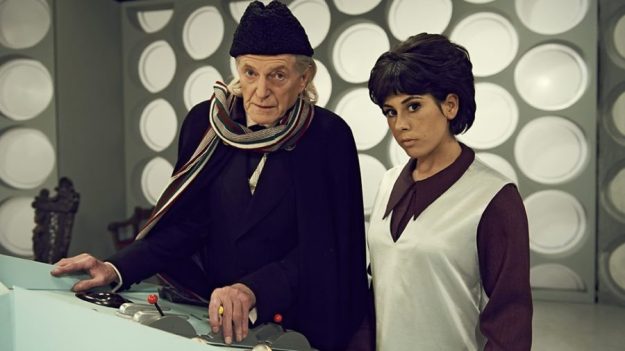 This docu-drama is beautifully written and well-produced by Mark Gatiss. Mark is currently a writer on the new series of ‘Doctor Who’ and it’s great he produced this for the show’s 50th anniversary. 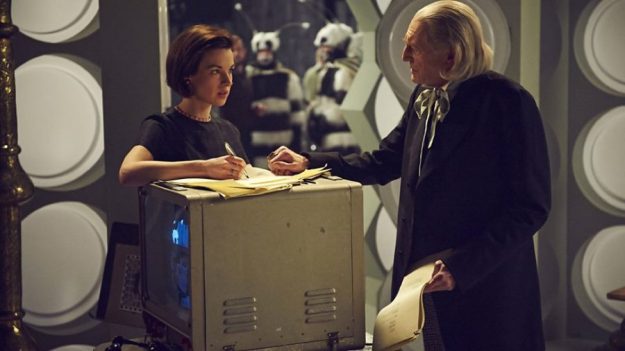 This special docu-drama begins with a prologue scene in 1966 with William Hartnell on his last day making ‘The Tenth Planet’. Bill Hartnell has his life flashing before his eyes as we’re taken back 1963.

The story of how ‘Doctor Who’ was created begins with Sydney Newman, the Head of BBC Drama. He comes up with an idea for an educational science-fiction children’s show and calls Verity Lambert to help him produce it before they cast William Hartnell, a former movie star to play Doctor Who.

I was impressed by how Mark Gatiss dramatizes the origins story and imbues it with such love and affection that is brought to life by the actors. This is the story on how a successful TV show was created and how the producers and the director struggled against pressure to make this show work. 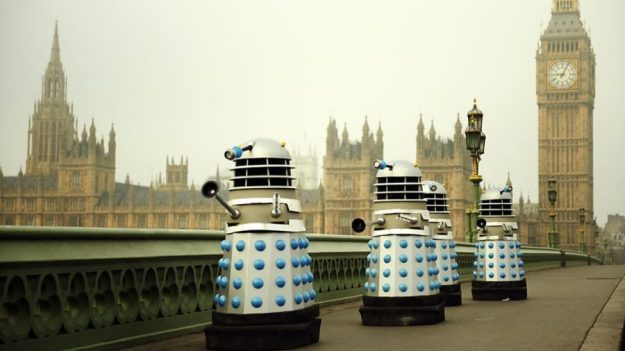 As well as featuring the Daleks in this docu-drama, there’s also the Menoptra from ‘The Web Planet’ and the first Cybermen from ‘The Tenth Planet’. It was a delight to see the behind-the-scenes making of ‘Marco Polo’; ‘The Reign of Terror’ and ‘The Dalek Invasion of Earth’ featured in this docu-drama.

This docu-drama stars David Bradley as William Hartnell. I’ve seen David in a BBC production of ‘Our Mutual Friend’ and the ‘Harry Potter’ films. He was also in the ‘Doctor Who’ episode ‘Dinosaurs on a Spaceship’ and voiced the Shansheeth in ‘The Sarah Jane Adventures’ story, ‘Death of the Doctor’.

David is brilliant as William Hartnell, looking and sounding like him! I was terribly impressed with David’s performance as Bill Hartnell There’s a moment when he has his eyes wide open as Hartnell does. I really like how Hartnell’s career is touched upon before becoming a world-famous child’s star. 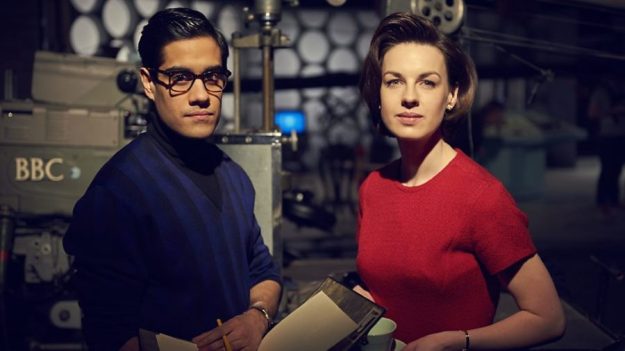 There’s Jessica Raine as Verity Lambert, ‘Doctor Who’s first producer. Jessica has appeared in ‘Doctor Who’ with Matt Smith in the episode called ‘Hide’. Jessica delivers a remarkable performance as Verity, who is a woman struggling in a man’s world and becomes a female producer for the BBC.

There’s also Sacha Dhawan as Waris Hussein, the first ‘Doctor Who’ director. I really like how Sacha plays Waris as someone who doesn’t know what to do when getting the scripts of the ‘cavemen’ story and sharing a good working relationship and friendship with Verity Lambert when they start.

There’s also Brian Cox as Sydney Newman, the BBC’s Head of Drama and the man who originated ‘Doctor Who’. Brian does a convincing and authentic performance as Sydney who gets people like Verity Lambert to produce ‘Doctor Who’ work. He’s very blunt when pushing her forward to make it.

And there’s Lesley Manville as Heather, William Hartnell’s wife. I really like how Hartnell’s family life is touched upon in this docu-drama. Heather is concerned for her husband when he’s out of work from the start, and is pleased for him when he’s called to do a leading part in a children’s TV series. 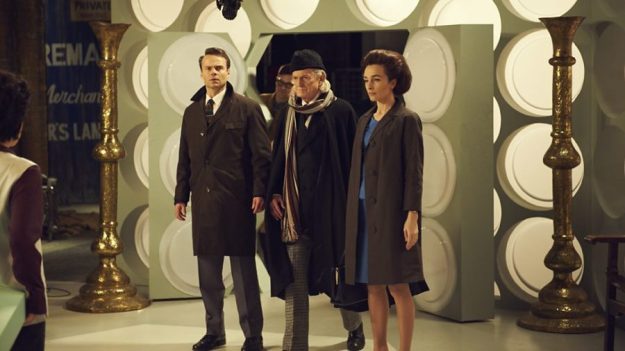 As the story concludes, Bill Hartnell’s ill health is depicted as he’s getting flat out from the busy work schedule and his bad-temper grows worse which was very sad. The BBC producers including Sydney Newman consider what to do as they can’t have ‘Doctor Who’ without ‘Doctor Who’; can they?

There’s a heart-breaking scene where Bill Hartnell meets Sydney Newman is in his office. Sydney tells Bill about their plans to ‘regenerate’ the show, but not with him. Bill is heart-broken when he discovers they want to carry on without him and the scene is beautifully played between the actors.

The scene where Bill Hartnell comes home to tell his wife Heather about what’s happened is equally heart-breaking. Bill is accepting of his decision to leave, but it’s also clear that he was reportedly heartbroken. Bill breaks down in tears saying, “I don’t want to go” and it’s really moving to watch.

The story returns to the making of ‘The Tenth Planet’ where Bill Hartnell does his final scene and meets Reece Shearsmith as Patrick Troughton. I found the meeting between these two men really charming and touching. Patrick is so humble towards Bill Hartnell and Hartnell is pleasant towards Troughton.

There is then a final moment which I did not expect to see when Bill’s at the TARDIS console. He looks up and sees Matt Smith before him. It’s a lovely moment where the two Doctors without saying a word and it acknowledges Bill Hartnell’s legacy as ‘Doctor Who’ still carries on without him.

There are then words of tribute given to the real Sydney Newman; Verity Lambert; Waris Hussein and William Hartnell before the end credits. Then we see actual footage of William Hartnell making that famous speech to Susan from ‘The Dalek Invasion of Earth’. It’s a lovely way to end this docu-drama. 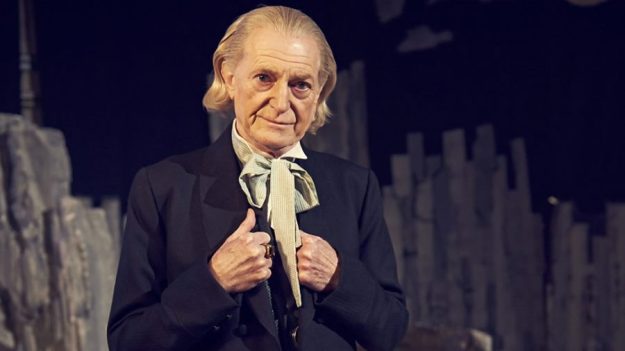 The DVD special features on this docu-drama are as follows. On the original ‘An Adventure in Space and Time’ DVD, there’s the ‘William Hartnell: The Original’ featurette with cast and crew interviews and ‘The Making of An Adventure’ documentary with cast and crew interviews. There are ‘reconstructions’ scenes; title sequences and two deleted scenes from the docu-drama.

On Disc 4 of the ’50th Anniversary Collector’s Edition DVD’ of ‘Doctor Who’, there’s also ‘The Five(ish) Doctors Reboot’ by Peter Davison. There’s also the ‘Doctor Who At The Proms 2013’ special that was performed at the Royal Albert Hall in London in the summer of 2013 to celebrate the 50th anniversary of ‘Doctor Who’ which I enjoyed immensely on TV. 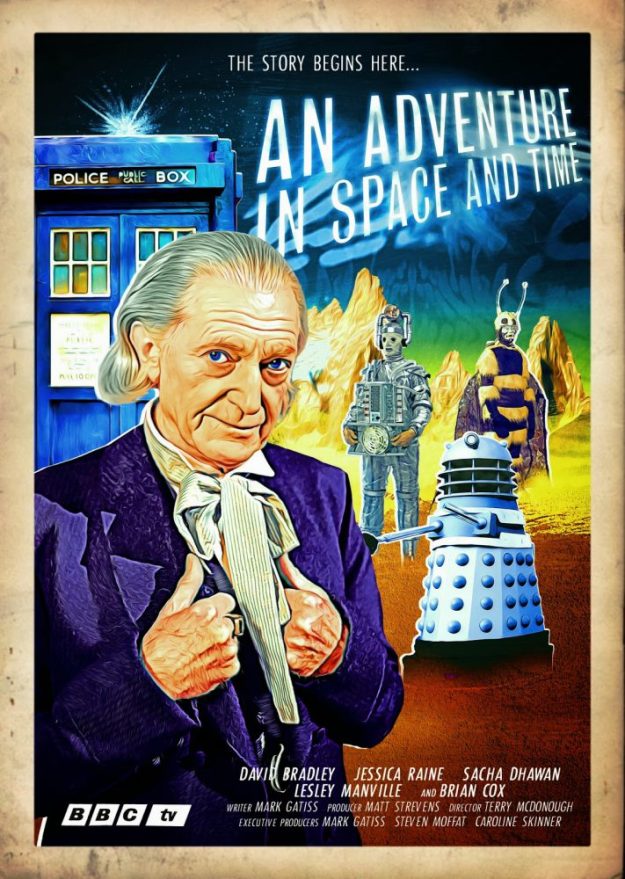 ‘An Adventure in Space and Time’ is a wonderful and touching tribute to ‘Doctor Who’. This docu-drama is a brilliant dramatization of how ‘Doctor Who’ was made back in the 1960s and I thank Mark Gattis for coming up with this wonderful drama. It’s a great tribute to people like William Hartnell.