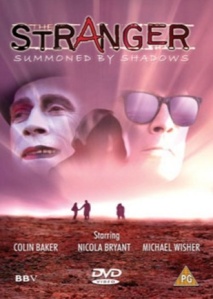 The Stranger, Miss Brown and the Conjuror

Is ‘The Stranger’ the Doctor or not?

My journey into BBV Productions has been a little bit on the odd side. My first experience of BBV was the audio adventure ‘Wirrn: Race Memory’ starring Sarah Sutton. Then it was ‘The Airzone Solution’ thriller film and the ‘Do You Have A Licence To Save This Planet?’ comedic spoof from BBV. 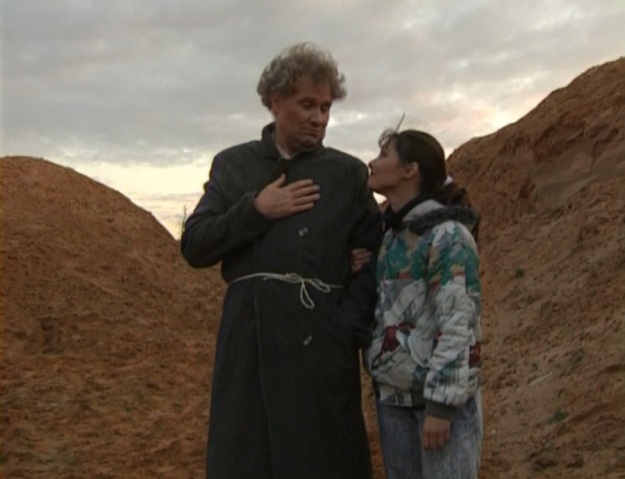 1991 is where it started for BBV and for ‘The Stranger’. The first episode of ‘The Stranger’ series was called ‘Summoned By Shadows’ and it was made as a homage to ‘Doctor Who’ by Bill Baggs himself. But it couldn’t be a proper ‘Doctor Who’ story. It had to be a tale not featuring the Doctor in it at all.

I find it interesting that attempts were made to bring ‘Doctor Who’ back yet the producers of these video and audio productions couldn’t include the Doctor in them. Bill Baggs seems to be the pioneer of that especially in ‘The Stranger’ series he produced and directed in the 1990s with many writers.

‘Summoned By Shadows’ stars Colin Baker as the Stranger with Nicola Bryant as Miss Brown and Michael Wisher as the Conjuror. It’s interesting how this drama presents these three actors in roles that could’ve easily been recognisable as their TV counterparts in ‘Doctor Who’ without overly stating it.

In this episode, we see the Stranger seemingly about to live a life of solitude and being a hermit on a desolate planet. It’s not clear how the Stranger and his companion Miss Brown got there to this planet as we never see the mode of transport that they arrived in, whether it’d be a TARDIS or not.

The Stranger in this episode could be seen as the Sixth Doctor who decided he wanted to become a hermit in ‘The Twin Dilemma’. He sends his companion Miss Brown away and refuses to help anyone who asks him for it. But when a deaf man requests help to find his lover, the Stranger soon agrees.

Nicola Bryant stars as Miss Brown in ‘Summoned By Shadows’. Nicola of course is well-known for playing Peri, the Sixth Doctor’s companion in ‘Doctor Who’. It’s interesting to see Nicola playing a version of what could be Peri, except she’s not named Peri and is simply referred to as ‘Miss Brown’.

It is strange that the character Nicola plays doesn’t get given a first name in ‘The Stranger’ series. If she’s not going to be called Peri, then give her a different forename. ‘Nicola Brown’ would’ve been fine. From the start of the episode, Miss Brown leaves the Stranger to his new-found hermit lifestyle.

She soon comes across a wealthy house belonging to one of Michael Wisher’s personas as an old debonair. At first, Miss Brown seems to enjoy dressing up in a glamorous black dress and living the life of luxury. But she gets a shock when she sees Michael Wisher’s debonair character kill someone.

Michael Wisher stars as the villainous Conjuror in ‘Summoned By Shadows’. Michael Wisher is well-known for playing Davros in ‘Genesis of the Daleks’ in ‘Doctor Who’ as well as other characters in the series. I enjoyed his performance in this episode of ‘The Stranger’ as he plays a variety of characters.

I wasn’t sure if they were all the same person or if they were different characters altogether. Michael Wisher plays an old debonair with sunglasses; an illusionist clown who can seduce people with their desires and a town elder. It was interesting how the twist is revealed with Michael Wisher.

It turns out the Conjuror in his three guises is the same person called the Controller. He crashed on this backwater planet the Stranger and Miss Brown are on with his ship. He put the planet’s locals under his hypnotic trance in order to find the missing pieces of his spaceship to get back into space.

John Wadmore would return to ‘The Stranger’ series again, but not play the same character as he does here in ‘Summoned By Shadows’. He also later appeared in the Big Finish audio ‘The Sirens of Time’. Heather Barker would later play a small character in ‘The Airzone Solution’ thriller drama film.

The DVD special features are as follows. There’s ‘The Man Who Appeared: Introducing The Stranger’, a making-of documentary on ‘Summoned By Shadows’. And there’s ‘Colin, Pip and Jane’, previously unreleased interview material featuring Colin Baker and writers Pip and Jane Baker who wrote the ‘Doctor Who’ TV stories ‘The Mark of the Rani’, ‘Terror of the Vervoids’ and an episode of ‘The Ultimate Foe’ in ‘The Trial of a Time Lord’; and ‘Time and the Rani’.

There is supposed to be a bonus audio story featured on the ‘Summoned By Shadows’ DVD called ‘Coming of Shadows’ which is meant to be a prelude to ‘The Stranger’ series. But I can’t seem to find it anywhere on the DVD. If anyone has any idea where ‘Coming of Shadows’ is, please let me know.

‘Summoned By Shadows’ is an interesting beginning to ‘The Stranger’ series with Colin Baker and Nicola Bryant so far. I wouldn’t say it was a great introduction of a ‘Doctor Who’-like series, but I hope to enjoy more and find out how the adventures of the Stranger and Miss Brown will continue.