The Stranger Runs Into Tamora, Egan and Saul

This is where ‘The Stranger’ series goes into darker territory!

It’s interesting how ‘The Stranger’ series by BBV began life as ‘Doctor Who’-esque. It was originally conceived to be a series that was supposed to be ‘Doctor Who’ but without the Doctor in it. Colin Baker played his Sixth Doctor-like Stranger character while Nicola Bryant played the companion role.

All of that changed with ‘The Terror Game’, the fourth episode of ‘The Stranger’ series. The writer Nicholas Briggs delivers an episode that reveals more about the Stranger’s identity and provides a richer back-story to his character. The Stranger has a dark past that he was supposed to forget here.

Watching ‘The Terror Game’ made me realise that ‘The Stranger’ series was becoming less ‘Doctor Who’-ey. It was becoming grittier and edgier compared to what had gone on before in the first three instalments. Whilst they weren’t exactly humorous, the episodes felt a lot like ‘Doctor Who’ stories.

To understand what I mean with regards to ‘The Terror Game’, I’d best explain the plot of the episode first. This episode takes place directly after ‘In Memory Alone’, where the Stranger sent everything back including himself to ‘its proper place’. He arrives in an alley behind some night-club.

It’s interesting how we see the episode from the Stranger’s point of view and he doesn’t have his companion Miss Brown anymore. I wondered what became of Nicola Bryant’s character as I liked her in the series. The true identity of her character was intriguing to discover, but we will get to that. 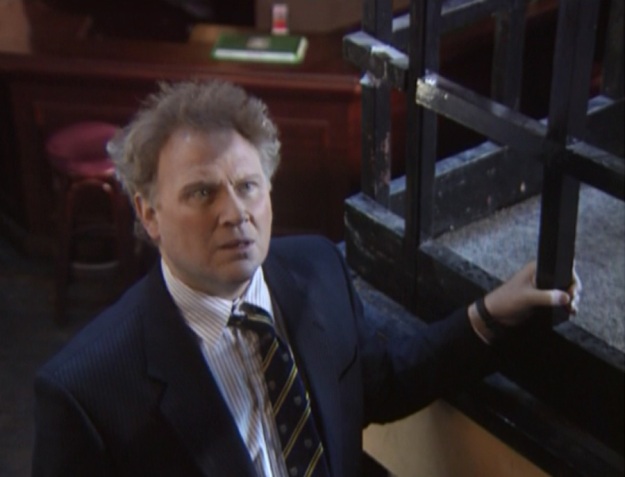 Anyway, once the Stranger is in this run-down street area with a night-club and an alley, he begins to piece together what his fragmented past was about. He runs into some unsavoury characters from his own past as well as a mysterious nightclub owner whom seem to know of the Stranger’s identity.

It was intriguing and disturbing to discover that the Stranger was actually the leader of a terrorist group from another dimension and that his real name is Soloman. This completely separates ‘The Stranger’ series from the ‘Doctor Who’ universe and it makes the Stranger less the Doctor character.

Mind you, it didn’t help with Miss Brown not having a first name in the series. I think it would’ve worked better to have Nicola Bryant’s character in the rest of the series to support Colin Baker’s character when he came up against Egan and Saul. That would’ve provide a more emotional impact.

Like I said, ‘The Terror Game’ is by Nicholas Briggs and it’s produced and directed by Bill Baggs of BBV. With Nicola Bryant gone, Colin Baker is now joined by Louise Jameson, David Troughton and John Wadmore. The quality of acting is superb in this low-budget film of a very intriguing sci-fi series.

Because of the grittiness and darker tone of the stories featured in ‘The Stranger’ from now on, there is more complexity to the characters including the Stranger/Soloman himself. The usage of swearing and gory violence adds to that gritty, dark tone. It doesn’t appeal to me, but it’s intriguing. 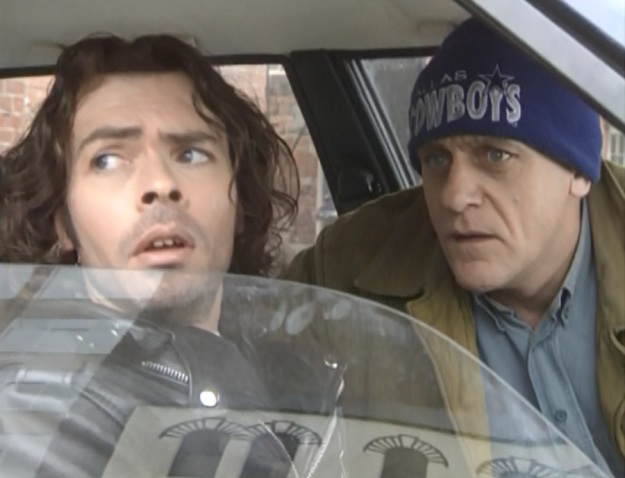 Colin Baker is excellent as the Stranger/Soloman in this episode. It’s interesting to see how his character has progressed so far and how we get to learn who he really is in terms of identity. I’m certain Colin Baker enjoyed being the star of ‘The Stranger’ series and progress his character further.

With that said, Colin has told me recently at conventions that he’s unsatisfied with how Bill Baggs has handled the DVD marketing side of things with the BBV productions he worked on, since he never got paid following the DVD releases. This is odd as you’d think Colin and Bill Baggs got on well.

There certainly seems to be that sense of camaraderie according to Bill Baggs in the DVD extras. But then, not all the DVD extras tell everything behind-the-scenes and I’m not sure if the reason why Nicola Bryant never came back is explained. Otherwise, Colin Baker excels as the Stranger in this episode.

It was nice to see Louise Jameson as Tamora Hennessey in the episode. Louise Jameson is well-known for playing Leela in ‘Doctor Who’ with Tom Baker. It was interesting to see Louise acting opposite Colin Baker in ‘The Stranger’ series. Her character could’ve been the next companion here.

But that’s not who Tamora Hennessey becomes. Tamora is the head of the seedy night-club that the Stranger stumbles upon. She starts off being nice and friendly to Colin Baker’s character when he’s suffering with amnesia. But as the episode progresses, she turns out to be a Protectorate agent too.

Tamora is keeping a mysterious person called Raven as a hostage. Colin Baker’s character is supposed to kill Raven in his previous identity as Soloman. It was interesting to see how Colin’s character and Louise’s character interacted with each other and whether they can trust each other.

David Troughton joins ‘The Stranger’ series as Egan, a dodgy unsavoury character who seems to be Soloman’s second-in-command in the terrorist group. David Troughton of course is one of many sons of Patrick Troughton, who played the Second Doctor in ‘Doctor Who’. It was nice to watch him here.

The character of Egan is very different to the roles David Troughton played in ‘Doctor Who’. Egan is a Preceptor working in the terrorist group once led by Soloman. Both he and Saul are of same minds in being unsavoury. Egan knows Soloman well and is astonished that he has lost some of his memories.

Egan has a grudge against the Protectorate as they apparently did something to his people in the Dimensional Web where his kind came from. Despite having complete faith in Soloman, both he and Saul do some really harsh things to him via torture him to get information on what happened to him.

Nicholas Briggs plays a character in this ‘Stranger’ episode. As well as being the writer, Nick also plays Raven, the bandaged man who’s locked in his room by Tamora Hennessey at the night-club. Seeing Raven bandaged and seemingly gory was disturbing. His true identity was equally interesting.

Nick Pegg stars as Norman Turner, a worker at the nightclub. Nick would go on to star in and direct a number of ‘Doctor Who’ audios by Big Finish. He also became one of the Dalek operators in the new ‘Doctor Who’ series. Nick’s character of Norman Turner is equally unsavoury and likes eating crisps.

Helen Hewlett plays a small role of a woman who gets shot by Colin Baker’s character during a flashback at the nightclub. Helen has done other roles in BBV productions including playing an escaping woman in ‘Summoned by Shadows’. I’m not sure how the woman connects to Raven here.

The DVD special features are as follows. There’s ‘Making Terror Game’ which is essentially Nick Briggs’ video diary and there’s ‘The Last 28’, which is a short film by Pip and Jane Baker, starring Louise Jameson. There’s also ‘Terror Game Music’ which contains six chapters of music from the episode. 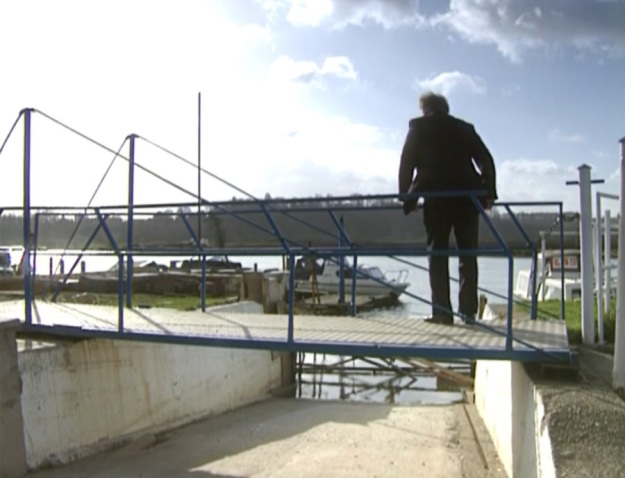 I enjoyed ‘The Terror Game’ in ‘The Stranger’ series. It highlights some new aspects to the series, especially with the Stranger being revealed as Soloman; the introduction of Egan and Saul and a darker, grittier tone provided. I wonder what’s to come next. Things can be dangerous from now on.