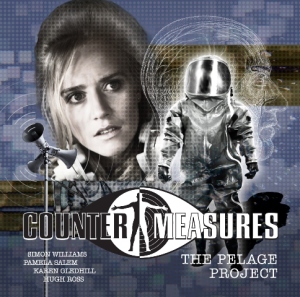 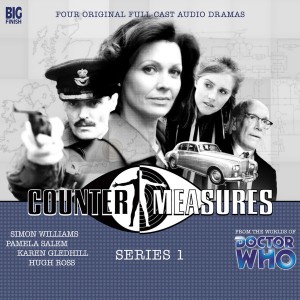 Pelage with the Counter-Measures Team

The third episode of this ‘Counter-Measures’ series, ‘The Pelage Project’, is by Ian Potter. Ian has written a number of ‘Doctor Who’ Companion Chronicles by Big Finish, featuring the First Doctor era.

The third episode is pretty exciting, since this has all four members of the Counter-Measures team out on an actual adventure ‘on location’. The story takes place in this industrial town named Pelage.

‘The Pelage Project’ has the Counter-Measures team investigating a strange mystery regarding industrial pollution. They meet Ken Temple who happens to be the boss of the titular Pelage Project.

Very soon, the Counter-Measures team suspects that it might be an alien invasion. But the situation has more to it than that. The themes of pollution resonate throughout when I listened to this story.

This is especially with some dangerous poisonous gas that gets inside people’s bodies. I like ‘The Avengers’ feel to this episode when the four Counter-Measures members go undercover at Pelage.

Simon Williams as Gilmore gets to cover up his identity as Group Captain and he becomes Sir Toby’s driver/chauffeur when they drive to Pelage. I find it very amusing to imagine Gilmore as a chauffeur.

Gilmore and Allison investigate together what goes on behind the scenes of the project. They soon become appalled at what Ken Temple and his lot are trying to do, once witnessing it for themselves.

Pamela Salem as Rachel shows an interest in this Pelage pollution project. She uses her scientific resourcefulness and understanding of what it’s all about before she learns the horrors of the project.

Rachel’s cover identity becomes at risk when Ken Temple seems recognise her. What a shock that is! Later on in the episode, Rachel becomes determined to overthrow the project’s sinister objectives.

Karen Gledhill as Allison gets to enjoy being undercover in this episode. I liked it when she’s seemingly being difficult towards Ken Temple and she gets taken away by Gilmore for her behaviour.

It soon transpires to Gilmore that Allison was play-acting to investigate around the project facilities. Alison equally becomes appalled by what the Pelage Project is trying to do as they are investigating.

Hugh Ross as Sir Toby is able to step outside his government offices for a change and join the team in investigating this mystery in Pelage. This is so unusual to see in Sir Toby’s character with the team.

It develops an interesting side to Sir Toby, by making him more than a government liaison. He also gets to share more with the other Counter-Measures team members compared to previous times.

The guest cast includes Stephen Greif as Ken Temple, the project’s leader. Stephen is well-known for his appearances in ‘Blake’s 7’. He has also appeared in the ‘Doctor Who’ audio adventure, ‘Primeval’.

Stephen played villains in ‘Blake’s 7’ and ‘Doctor Who’. He gets to play an equally delightful villain in this episode as Ken Temple is obsessed with this project and feels so justified with what he’s doing.

There’s also John Banks as Billy McGuinness. Billy is one of the townsfolk of Pelage who is seemingly on the run and scared out of his wits. It seems Billy is filled with the strange alien gases inside of him.

Billy gets pretty erratic especially when the Counter-Measures team questions him on what happened. John Banks has done plenty of Big Finish audio stores including the likes of ‘Doctor Who’.

And there’s Helen Goldwyn (who’s also done numerous Big Finish audios) as the PA Voice/Control for Ken Temple. I sometimes found Helen’s voice quite eerie and unusual when as the Control voice.

The concept of an alien gas that the project uses to fill people’s bodies with is pretty frightening. It sounds horrible and it does make me wonder why human beings would do such a thing to their kind.

I liked it when the Counter-Measures team defy Temple and they do all they can to stop him and the villagers. At the end of the episode, Allison is pretty upset when seeing the amount of death caused.

Alison asks Rachel how they can overcome such atrocities as this. Rachel says to Allison that tomorrow will be a better day. Who knows what lies in store for ‘Counter Measures’ in the next tale?