Cybermen in the Constellation of Orion

It is also the first story to feature the Cybermen in it by Big Finish after they’d previously done the Daleks in three ‘Doctor Who’ audio dramas. ‘Sword of Orion’ is a four-part adventure written and directed by Nicholas Briggs and stars Paul McGann as the Doctor with India Fisher as Charley Pollard.

Following on directly from ‘Storm Warning’, the Doctor and Charley return to the TARDIS with Ramsey the Vortisaur. But Ramsey seems to be sick and the Doctor becomes worried about sending the vortisaur back into the time vortex where he belongs, as he knows this would probably kill him. 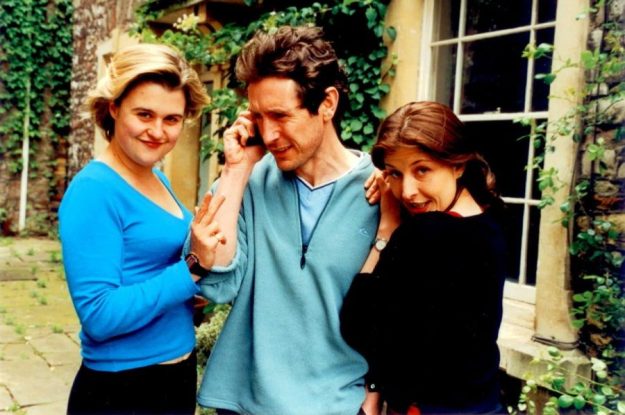 I must admit I found ‘Sword of Orion’ hard-going as a story. I had to listen to this one a number of times before I could follow what was going on in it. The story isn’t bad, but it isn’t great and it didn’t really excite me. Some of the space scenes were hard-going and I wanted there to be more action.

Nicholas Briggs writes and directs this story, adapting it from an Audio Visuals play that was made before Big Finish came along. It’s meant to be this 80s Cybermen story with a movie feel to it. Whilst it did have a spectacular soundtrack and chilling music, it did not help in speeding up this adventure.

The Cybermen are voiced by Nick Briggs and were a little disappointing. Although they look like Cybermen from ‘The Invasion’ on the CD cover, they were actually ’80s’ Cybermen from ‘Earthshock’ and ‘Silver Nemesis’. At least none of these Cybermen said “Excellent!” which was a blessing to me.

I liked how Nick Briggs does a good interpretation of David Banks’ Cyber Leader in this. But these aren’t the Cyber voices I want to hear on audio. My preference is more new series Cybermen or ones from the 60s like ‘The Moonbase’ and ‘The Invasion’. They got better with Cybermen stories later on.

Paul McGann is great as the Doctor in this audio adventure. He gets into playing the Doctor well on audio and he clearly enjoys it, as it provides him space to go anywhere he wants with his Doctor compared to ‘The TV Movie’. He also enjoys his relationship with Charley and facing the Cybermen.

India Fisher is also great as Charley in this audio adventure. This is Charley’s first trip in the TARDIS and she has struck up a good bond with the Doctor. I liked Charley’s scenes in the TARDIS especially at the end when they have moments of reflection regarding the Cybermen and the Vanguard crew.

The star destroyer in this story gets visited by a spaceship called the Vanguard, which is commanded by lady captain Michelle Livingstone as Deeva Jansen. Deeva has a bit of mystery to her and even the crew don’t seem to understand her about who she is and why she is in command of this spaceship.

Bruce Montague guest stars as Grash, one of the officers aboard the Vanguard. Bruce was in a Sylvester McCoy ‘Doctor Who’ audio before this called ‘The Genocide Machine’ with the Daleks. Grash is a hostile character who suspects the Doctor and Charley very quickly of murder in the story.

‘Sword of Orion’ is not a great Cybermen story but it’s far from terrible. It’s a pretty average tale for me with Paul McGann’s Doctor facing the Cybermen. Some will like this, some won’t. I’m not saying I don’t like it, but I don’t consider this a favourite. I did enjoy the Doctor and Charley together in this.