‘THE COMPANY OF FRIENDS: FITZ’S STORY’ 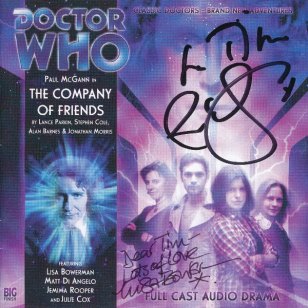 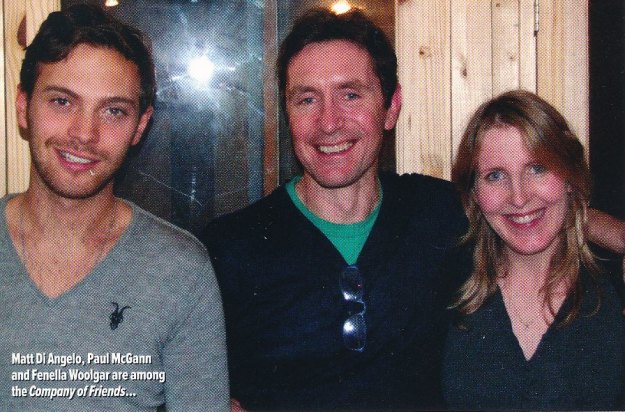 The second story of ‘The Company of Friends’ is ‘Fitz’s Story’ by Stephen Cole. It stars Matt Di Angelo as Fitz Kreiner with Paul McGann as the Eighth Doctor. Matt Di Angelo is well-known for ‘Eastenders’ fame as Dean Wicks. I enjoyed Matt’s performance as Fitz, making him self-assured and smug here.

Fiitz is a ‘Doctor Who’ companion who appeared in the BBC Books with the Eighth Doctor during the late 1990s. Fitz is a wise-cracking 1960s Londoner who dreams of adventure and likes the ladies. I would like Big Finish to adapt some more of the BBC Books into audio dramas featuring Fitz in them.

I have to say this episode is my second favourite out of ‘The Company of Friends’ collection. It’s about an alien defence agency called ADI (Alien Defence Incorporated) who promote themselves to defend the planet Entusso. They use this ‘fake’ Eighth Doctor in promoting their marketing strategy.

The episode also guests as Fenella Woolgar as Commander Hellan Femor. Fenella previously played Agatha Christie in the ‘Doctor Who’ episode ‘The Unicorn and the Wasp’ with David Tennant. I was delighted to hear her in this episode. I wasn’t sure whether she’d turn out to be the villainess or not.

The episode features plenty of humour and bizarre futuristic elements that were fun to enjoy. I like how the Eighth Doctor and Fitz interact with each other in this. There are some references to other companions like Sam and Anji who travelled with the Eighth Doctor in the BBC books that I enjoyed.

2 thoughts on “‘The Company of Friends: Fitz’s Story’ (Audio)”