The Legend of Zagreus – Celebrating 40 Years of ‘Doctor Who’

Anniversary specials of ‘Doctor Who’ are…interesting. And I mean that in the best sense of the word. Over the years, many writers have had their own perceptions on what should be considered a fitting anniversary adventure to celebrate a landmark year in ‘Doctor Who’. Sometimes they vary in quality.

When it started with ‘The Three Doctors’, it was a union of the three actors who played the Doctor at the time in 1973. When it came to ‘The Five Doctors’, it was a similar approach but it also had extra things like past and present companions as well as monsters to celebrate 20 years of the show.

With ‘Dimensions In Time’, it was another version of ‘The Five Doctors’ albeit in a rushed form and it was all set in ‘EastEnders’ land. 😐 With ‘The Day of the Doctor’, it focused more on new series elements than classic series elements. In my mind, that’s not how to celebrate 50 years of the show.

Big Finish have been mostly good in telling exciting multi-Doctor adventures for fans to enjoy. Whether it’d be ‘The Light At The End’ or the ‘Destiny of the Doctor’ series, I found both sets of audios to be satisfying ways to celebrate 50 years of the series, embracing everything ‘Doctor Who’.

Boy, I wish ‘Zagreus’ was like that. Now don’t get me wrong, I appreciate that Alan Barnes and Gary Russell were trying to do something different with the multi-Doctor approach of a ‘Doctor Who’ anniversary special and celebrate 40 years of the show. It’s…an interesting approach to say the least.

But after listening to this audio adventure for the first time, I couldn’t help but feel rather disappointed with ‘Zagreus’. It ended up being a mixed bag for me. After listening to ‘Zagreus’ a second time, I also noticed a certain amount of missed opportunities that this story could have done. 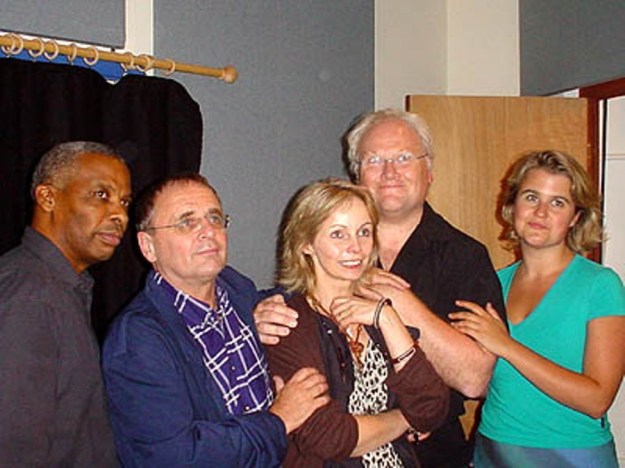 That might be my main problem with this audio adventure. I’m sure for many fans, they were expecting each era of ‘Doctor Who’ to be represented in this audio. But like with ‘The Day of the Doctor’, ‘Zagreus’ focused more on current elements of ‘Doctor Who’ which were the Eighth Doctor.

But that is only the tip of the iceberg. I’ll do my best to be positive and negative throughout this review concerning what ‘Zagreus’ is like as a ‘Doctor Who’ adventure. But don’t expect me to be glowing as I’m sure some fans will agree that this isn’t your typical ‘Doctor Who’ anniversary special.

Let’s start at the beginning. The story takes place after the events of ‘Neverland’, the previous audio adventure with the Eighth Doctor and Charley. There’s even a 7 minute 15 second recap of that story before we get into ‘Zagreus’ itself. Be warned, if you read any further, you’re risking reading spoilers.

Anyway, big spoiler coming up! Paul McGann’s Doctor has become Zagreus! The Eighth Doctor is acting strangely as he and his TARDIS contained a massive amount of anti-time to prevent Gallifrey being destroyed. Charley Pollard is now scared of the Doctor as he’s currently acting really strangely.

It was quite disturbing to hear Paul McGann’s Doctor not being his happy go-lucky self. Paul McGann as the Doctor/Zagreus is raging out loud in the TARDIS, hunting for Charley, with that distorted voice of his. In many ways, it allows Paul McGann’s acting talents to shine bright throughout this adventure.

Eventually, the Doctor/Zagreus and Charley get knocked out, I believe, and they end up in unusual virtual realities that the TARDIS has created for them. Charley ends up meeting Nicholas Courtney as the Brigadier who actually turns out to be the TARDIS and they go through these bizarre simulations.

Meanwhile, Paul McGann’s Doctor is having a battle on his hands as his mind is confused about whether he’s the Doctor or Zagreus. Eventually, the Doctor finds himself up against the menace of Rassilon and soon needs the aspects of the Fifth, Sixth and Seventh Doctors to help in this endeavour. 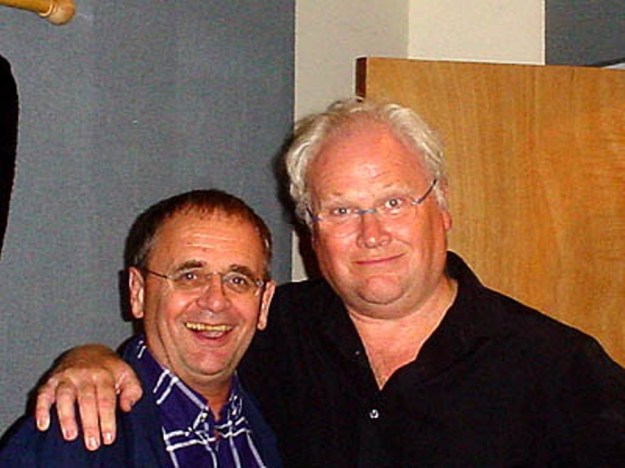 Now, I can’t claim to know everything about this story. Most of it is very complicated involving a lot of Time Lord history concerning Zagreus and Rassilon. It’s all very baffling and it didn’t really satisfy me in being a fulfilling ‘Doctor Who’ adventure to celebrate 40 years of the TV show. This is a shame.

The story is divided into 3 episodes. Each episode is about 70 minutes in length, I believe. There are also individual titles for each episode of the story. ‘Part One’ is called ‘Wonderland’, ‘Part Two’ is called ‘Heartland’ and ‘Part Three’ is called ‘Wasteland’. An ‘Alice In Wonderland’ theme in this tale!

It was hard to understand what the purpose of the scenarios that Charley gets put through were all about and how they connect to the story. There is this thing about ‘the Divergence’ and the Divergent Universe which is being set up for the Eighth Doctor’s third season of stories with Charley.

But it’s not made very clear. I get that a ‘Doctor Who’ anniversary special is meant to prolong the series into its future as well as acknowledging its past. But a lot of the time, the story had plot-driven details that were quite a lot to take in and it was challenging to absorb a lot of character-driven stuff. 😦 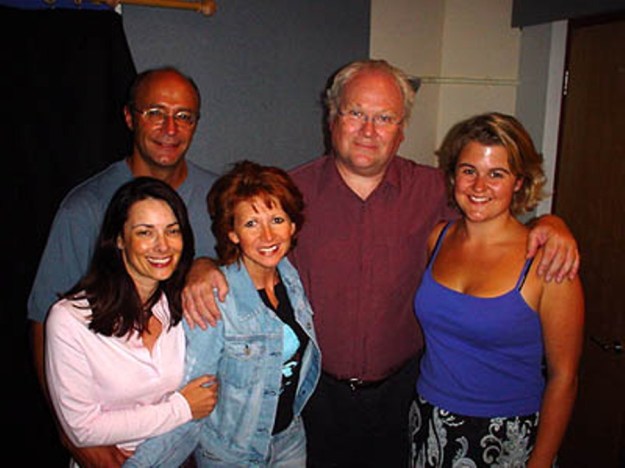 I would’ve loved it if the Fifth Doctor, the Sixth Doctor and the Seventh Doctor were actually there to help the Eighth Doctor in this adventure as well as companions like Sarah Jane, Leela, Nyssa, Peri and Ace to help Charley. I know it wouldn’t be the same if they weren’t real and just holographic versions.

But at least it would be clear to know that our favourite ‘Doctor Who’ actors/actresses are playing the characters they played in the series. But…that’s not what ‘Zagreus’ does. Instead we have most of the ‘Doctor Who’ stars playing the supporting characters in limited roles which was disappointing.

In the ‘Wonderland’ episode, we have Anneke Wills, who played Polly in the series, as Lady Louisa Pollard, Charley’s mum. Now to be fair, this was a good character Anneke played and it’s great she came back to play Lady Louisa again in future stories. Though her changing into a rabbit was a bit odd!

There’s also Elisabeth Sladen, who played Sarah Jane Smith, as Miss Lime. There’s not much to say about Miss Lime as she only shares one scene with Anneke Wills as Lady Louisa in a flashback. I can only imagine what a great meeting between Charley and Sarah Jane Smith would be like in this story. 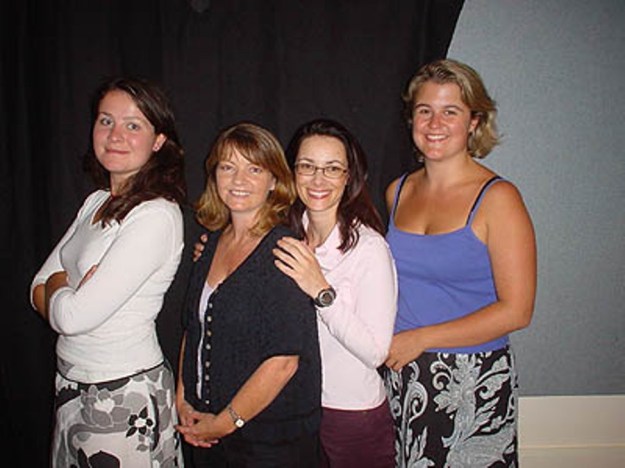 And there’s Caroline Morris, well-known for being Erimem, as Mary Elson, who happens to be Reverend Townsend’s niece in the story. As you can tell; many of the ‘Doctor Who’ actors in ‘Zagreus’ come from working in the Big Finish audios already. Not every ‘Doctor Who’ actor is in this.

In the ‘Heartland’ episode, we move onto a segment where Charley meets the Sixth Doctor cast playing different characters. Colin Baker, well-known as the Sixth Doctor, plays Lord Tepesh who gets revealed to be a vampire lord. 😮 Nicola Bryant comes back playing another vampire called Ouida. 😮 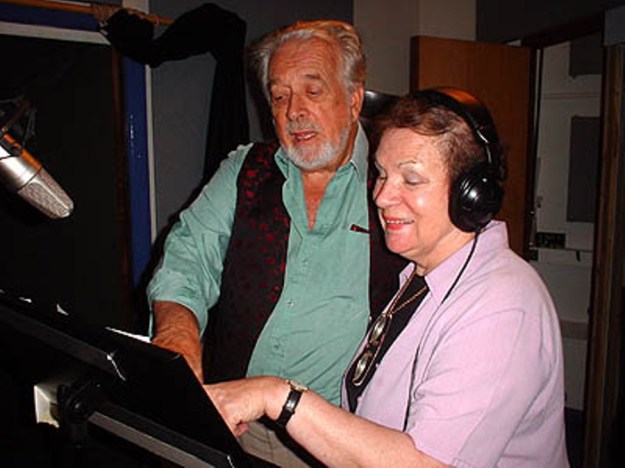 I don’t know as it’s never established. Eventually, Charley moves onto a segment where she meets the Seventh Doctor cast playing different characters. Sylvester McCoy, well-known as the Seventh Doctor, plays Walton Winkle, who I believe is a story inventor and he created Winkle’s Wonderland.

Sophie Aldred, well-known for being Ace, plays Captain Duck. Bonnie Langford comes back to play Goldilocks. And Lisa Bowerman, well-known for being Bernice Summerfield, plays Sergeant Gazelle. It was so surreal when Charley ended up being a mouse in the Seventh Doctor segment of the story. 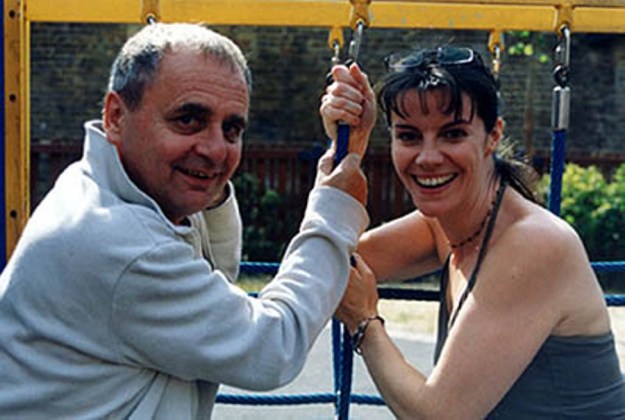 Other cast members featured in this story are as follows. There’s Stephen Perring as a receptionist in ‘Wonderland’; Conrad Westmaas, who would later play C’rizz, as the Cat meeting the Eighth Doctor; Stephen Fewell as Corporal Heron for ‘Heartland’ and there’s Miles Richardson as Cardinal Braxiatel.

When we get to the ‘Wasteland’ episode, things become more serious and we’re out of the TARDIS fantasy lands. We end up in the Death Zone on Gallifrey (which includes the Peter Howell ‘Five Doctors’ horn siren) before it’s revealed we are inside the Matrix. Is there anything real about this?!

Thankfully not all of the cast are playing different characters. There’s Lalla Ward back as Romana as well as Louise Jameson as Leela as they investigate the Death Zone on Gallifrey. There’s also John Leeson as K-9 in the story. This set-up of Romana, Leela and K-9 is to lead into the ‘Gallifrey’ series. 🙂 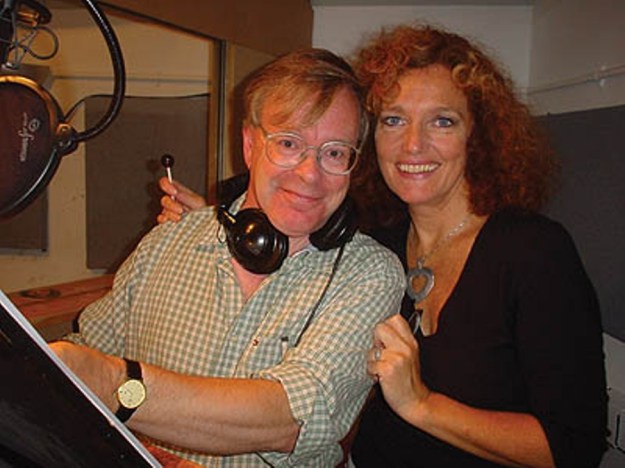 Nicholas Courtney is great as the TARDIS in the shape of the Brigadier. It was quite eerie to hear Nick Courtney play the TARDIS. I always thought of the TARDIS as a ‘she’. Nick Courtney’s TARDIS comes across as really jealous indeed, especially as he blames the Doctor sacrificing the TARDIS to save Charley.

Jon Pertwee is also in this story. Well, not really. You see, this story uses audio recordings of Jon Pertwee from the fan production called ‘Devious’ when Paul McGann’s Doctor is talking to him. Sometimes I found it really hard to understand what Jon Pertwee said as it should’ve been clearer. 😐 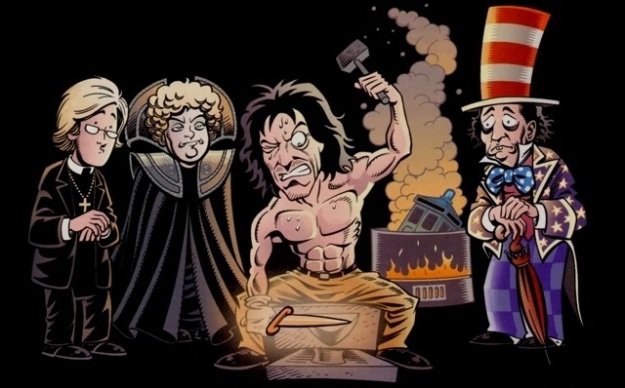 There are some emotionally-charged scenes between Paul McGann’s Doctor and India Fisher’s Charley in this adventure. There’s even a point where Charley stabs the Doctor when he makes out he doesn’t love her at all. Sometimes I wonder if that was in character for Charley to stab the Doctor.

The story concludes with the Eighth Doctor defeating Rassilon, I believe. But the Zagreus anti-time energy hasn’t gone out of him. This leads to another emotionally-charged scene in the TARDIS where the Doctor refuses to take Charley on more adventures as he has the Zagreus energy still inside him. 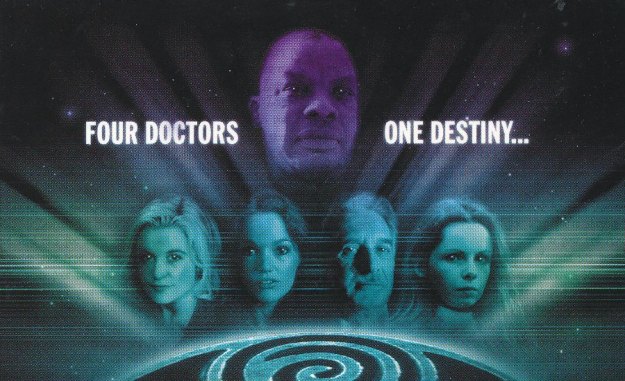 And that’s where it stops. I couldn’t help be underwhelmed once I finished ‘Zagreus’. I’m sure I’ll listen to ‘The Divergent Universe’ season of audios with the Eighth Doctor and Charley sometime soon, but ‘Zagreus’ ended up being a disappointing 40th anniversary special of ‘Doctor Who’ for me.

It’s such a shame as ‘Zagreus’ could’ve used a lot of missed opportunities with the casting of previous Doctors and companions to help the Eighth Doctor and Charley fight against Rassilon and Zagreus. I could’ve enjoyed this audio adventure more had it gone in the approach I would’ve liked. 😦

Sadly that wasn’t to be with ‘Zagreus’. At present, I’m currently looking forward to what happens when the 60th anniversary of ‘Doctor Who’ gets celebrated. I have my own ideas on how to celebrate the 60th anniversary. What the TV series and Big Finish will do, we’ll have to wait and see.