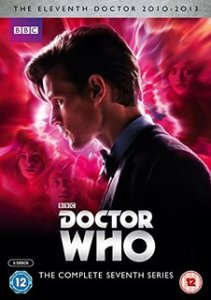 Clara and the Haunted House

‘Hide’ is a creepy and atmospheric story set in a house in 1974. It’s where ghosts appear and the Doctor and Clara turn up to investigate with their ghost-busting and discover what’s going on.

This is another story by Neil Cross and it happens to be his second contribution to the ‘Doctor Who’ TV series. This episode was inspired by ‘The Quatermass Experiment’ TV serial shown in the 1950s.

When I saw this episode, it definitely gave me the creeps and made me wonder what this ghost was. It really made me jump out of my skin at times for the moments that make you jump. 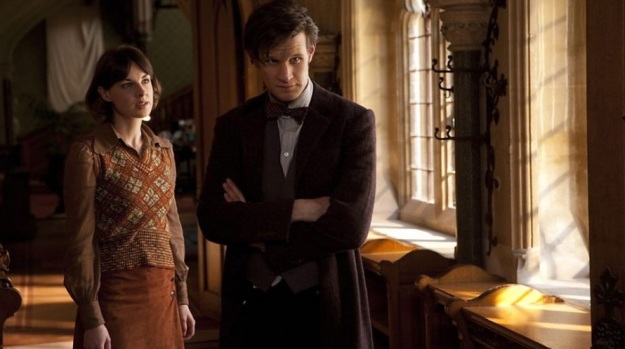 This episode features Jessica Raine (from ‘Call The Midwife’) as Emma Grayling. Jessica would later play Verity Lambert in the 50th anniversary docu-drama ‘An Adventure In Space and Time’.

Jessica plays an empathic psychic who can sense the presence of the ghost. She has a romantic interest in Professor Alec Palmer who she works with. I enjoyed Jessica’s performance in this episode.

I found Jessica as Emma very lovely and sweet. She manages to display a compassionate quality in terms of her character. I enjoyed her scenes when she’s with Clara and they’re having cups of tea instead of whiskey. 🙂

Dougray Scott guest stars as Professor Alec Palmer, a committed scientist who’s solving the mystery of the ghost in the house. He likes Emma, but he’s so shy to express his feelings to her.

The Doctor and Clara pose as military intelligence agents in the episode. They meet up with Professor Palmer and Emma to help them out with this investigation of the ghost that lurks in the house.

Palmer and Emma have taken photographs of the ghosts that appear anytime in the house. The Doctor goes a step further, as he and Clara take photos of the place but at varying time periods.

It turns out that the ghost isn’t actually a ghost at all. She happens to be Kemi-Bo Jacobs as Hila Tacorian, who’s been running from a monster that’s lurking in a strange forest in a pocket dimension.

For what has been thousands of years for the Doctor, Clara, Emma and Palmer, for Hila it’s been seconds. Hila is significant, since she becomes the first time-travelling pioneer who was reported missing.

The Doctor goes into that pocket dimension with Emma’s psychic help to rescue Hila from the Crooked Man that’s hunting her. But soon the Doctor gets trapped and becomes afraid in the forest.

The Doctor tries to speak to the Crooked Man that’s hunting him. But he soon gets rescued by Clara, as she manages to make use of the TARDIS to travel into that pocket dimension to find him.

I liked the story’s filming locations, as it was filmed at Margam Country Park; Gethin Forest and a National Trust property at Tyntesfield. It provides the realism in terms of the story’s nature.

There’s something I have to complain about this episode. The Doctor uses a crystal from Metabelis III to help him. Matt Smith mispronounces the name. It’s ‘Met-a-bee-lis’, not ‘Meh-teb-alis’, Matt! 😡

At the end of the episode, the Doctor asks Emma about Clara. He’s no closer to the truth in finding out who Clara is. Emma uses her psychic ability and tells the Doctor that Clara is an ordinary young girl.

This doesn’t satisfy the Doctor’s curiosity, as he’s still wondering who Clara is and why she’s so impossible. But the Doctor is happy to keep on travelling with Clara, despite having this mystery.

The DVD special features on this episode are as follows. On Disc 4 of ‘The Complete Series 7’ of ‘Doctor Who’, there’s the ‘Behind-The-Scenes: Hide’ featurette featuring cast and crew interviews. There’s also a commentary with Matt Smith and director Jamie Payne.