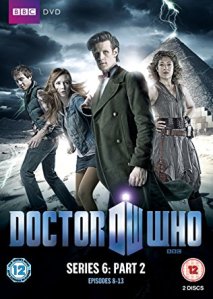 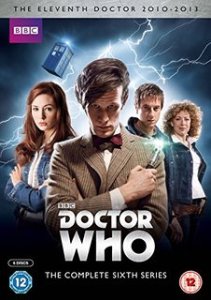 Peg Dolls Come Out To Play 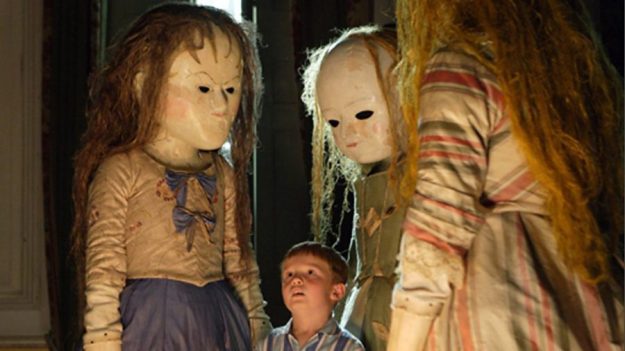 This is a creepy and suspenseful ‘Doctor Who’ episode by the legendary Mark Gatiss!

‘Night Terrors’ is an episode about a little boy named George who gets easily terrified and he prays for help to ‘save him from the monsters’. The Doctor picks George’s message via the psychic paper.

Instantly, the Doctor decides to make a rare house call and the TARDIS lands near an urban tower block of flats. The Doctor, Amy and Rory knock on various doors to find out where little George lives. 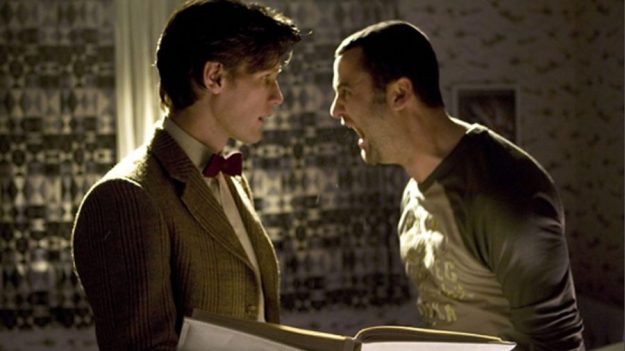 I liked those moments when the Doctor, Amy and Rory are calling on doors each, meeting various people. They get the same result, with the doors slammed in their faces as they’re asking questions.

Soon, the Doctor finds George living in a flat with his father Alex. The Doctor discovers the truth about George’s monsters, whilst Amy and Rory fall down through a lift and end up in a doll’s house. 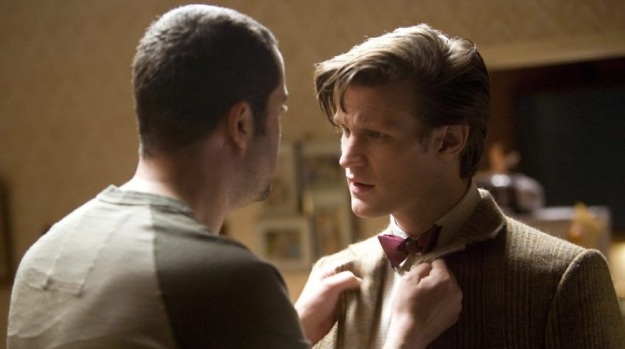 This episode does require a number of re-watches in order to understand the plot fully. But I was impressed with Mark Gatiss’ development of the guest characters including Alex and his son George.

I liked the urban setting feel for this episode. It is something that Russell T. Davies would employ for his era of ‘Doctor Who’ and Mark Gatiss uses that setting to a greater, creepier effect in this episode.

It transpires that George isn’t an ordinary little boy when he gets scared all the time. It turns out that he’s an alien. His parents didn’t know this when they had him since Alex’s wife Claire can’t have kids. I found it a pretty intriguing and scary concept when Amy and Rory were shrunk to size once falling through the lift and ending up inside the doll’s house. It is part of George’s world as well as his fears.

Just to say, the film location used for the interior of the doll’s house was shot in Dyrham Park. My parents and I visited that country house as it’s close to Bath and it was used for some period dramas.

Jamie Oram as little George is the star of the show. I like it when the Doctor meets him for the first and he asks, “Have you come to take me away?” George is easily scared, but just why is it the case? 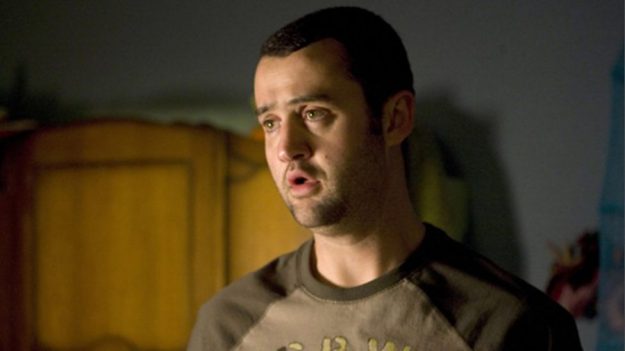 Daniel Mays guest stars as Alex, George’s father. I’ve just realised that Daniel would later play Private Walker in the 2016 ‘Dad’s Army’ movie. I was pleased him in this and he is very good as Alex.

I liked the double act between the Doctor and Alex, as they work out what’s wrong with George and who his monsters are. Alex is so anxious for George and doesn’t what’s going on with his monsters.

The monsters in this episode are the peg-dolls. These are life-sized toy dolls inhabiting the doll house which Amy and Rory are trapped in. They’re pretty scary, as they giggle and you turn into one of them. Matt Smith, Karen Gillan and Arthur Darvill are great in their performances as the Doctor, Amy and Rory. These three make the perfect TARDIS trio of the Eleventh Doctor and I’ve enjoyed more lately.

‘Night Terrors’ has been a very enjoyable ‘Doctor Who’ episode to watch from Series 6. It is meant to be scary, but it’s cleverly done and it has this reassuring note at the end when George faces his fears. 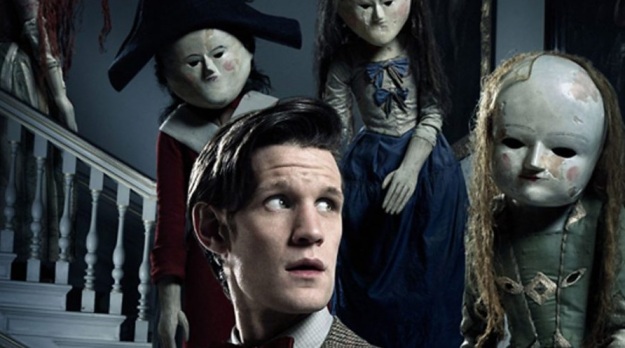 The DVD special features on this episode are as follows. On Disc 6 of ‘The Complete Series 6’ of ‘Doctor Who’, there’s the ‘Doctor Who Confidential’ episode ‘About a Boy’.