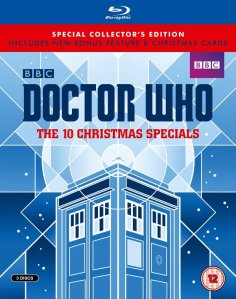 ‘THE TIME OF THE DOCTOR’

‘The Time of the Doctor’ by Steven Moffat is the last story of the Matt Smith era!

This was shown on Christmas Day in December 2013 towards the end of the 50th anniversary year of ‘Doctor Who’. For me, this was a well-earned send-off to an actor who I’ve grown to like as the Doctor. It’s not the best ‘Doctor Who’ episode I’ve seen, but it’s a fitting tribute to Matt Smith’s era. 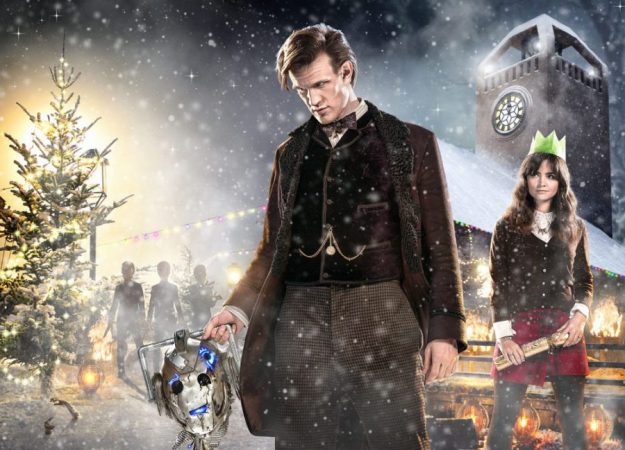 Let’s go back to when the announcement was made that Matt Smith would be leaving ‘Doctor Who’. I was very sad to hear that Matt was leaving. Honestly, I was. I didn’t want Matt Smith to go. I had been rather critical about the way he played the Doctor, but I felt he got better in Series 7 with Clara.

I was equally sad to hear that Matt Smith’s final ‘Doctor Who’ story would be the 2013 Christmas special following ‘The Day of the Doctor’. This wasn’t enough time for me to take in Matt’s departure. If he’d done one more season in 2014, I would have made the most of Matt’s departure.

Despite this setback, I was keen to find out what would happen in Matt Smith’s final episode and how his era would end. I did wish Matt Smith well, as he was about to hang up his bow tie in the TARDIS. 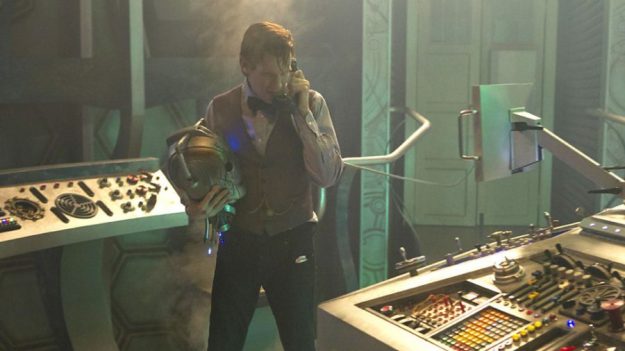 Matt Smith’s final episode wasn’t bad as I thought it would be. I enjoyed watching it on Christmas Day. Although after speaking to some of my friends at work, they found it very hard-going and complex. I sympathise with that, as it was a complex story to follow with lots of things going on in it.

‘The Time of the Doctor’ is about a signal being sent from a backwater planet in the outer reaches of space. It summons the Doctor and his enemies including the Daleks, Cybermen, Sontarans, etc. The Doctor wants to find out what it’s about with this planet and takes Clara with him at Christmas time.

With the help of a torn-off Cyber-head called ‘Handles’ and an old acquaintance of his called Tasha Lem; the Doctor and Clara find that the siginal is a message sent by the Time Lords. It is sent through a crack in time, which is the same one that the Doctor found and discovered in ‘The Eleventh Hour’.

The Doctor and Clara also discover that the planet is called Trenzalore. This is where the Doctor is to die and be buried in the future as seen in ‘The Name of the Doctor’. The Doctor sends Clara back home to Earth and defends the planet from his enemies to avoid answering the oldest question in the universe where ‘silence will fall’.

Matt Smith delivers a really good performance as the Doctor. I didn’t like some of the opening moments where the Doctor was ‘starkers’ in the TARDIS. I also found it shocking where Matt reveals his bald head, even though it did get him and Clara out of a tricky situation with the Weeping Angels.

I liked the Doctor’s relationship with Clara in this episode as they bond with each other, even though they’re separated for most of the time. I liked it when the Doctor was older and lived his life on Trenzalore. The make-up on Matt Smith’s face is incredible and he delivers an amazing performance. 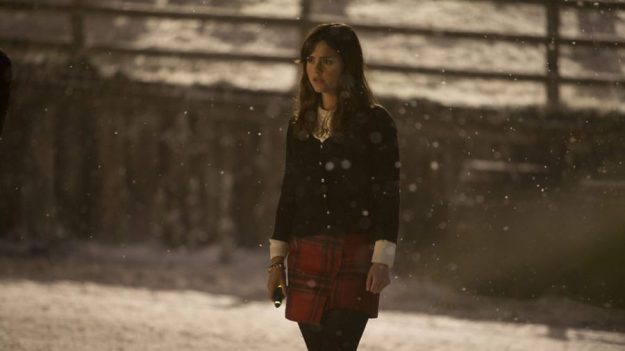 Jenna Coleman is lovely as Clara Oswald. Clara gets on well with Matt Smith’s Doctor. I enjoyed it when Clara and the Doctor talk about regeneration as they look out to see the sunrise. I liked it when Clara hugs her Gran and found it so lovely when she pleads the Time Lords to help the Doctor.

The story’s guest cast is good. Orla Brady guest stars as Tasha Lem, the Doctor’s old acquaintance who tends to flirt with him. There’s also James Buller as Clara’s Dad; Elizabeth Rider as Linda; Sheila Reid as Clara’s Gran and Jack Hollington as young Barnable, who is loyal to the Doctor on Trenzalore.

Talking about the monsters, I found this a problem. There are too many monsters to contend with and it makes the story very convoluted. It’s like one of those ‘Spider-Man 3’ situations where the hero is faced with too many monsters and allows little room for the story and characters to develop. 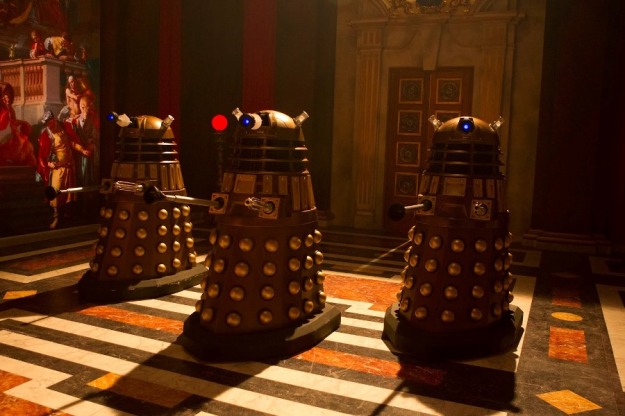 The Daleks make an appearance. I’ve always wanted the Daleks to be in a Christmas episode of ‘Doctor Who’. But with the addition of other monsters, it didn’t do the Daleks justice. Steven Moffat added in the humans turned into Daleks with eye-stalks in their heads from ‘Asylum of the Daleks’.

The Cybermen were okay in this episode, although we didn’t get to see enough of them. I didn’t really understand how the Doctor got a Cyberman’s head and called it ‘Handles’. Also…a wooden Cyberman?! No way! I don’t buy that at all. That’s such a silly and daft thing for Steven Moffat to do.

The Silence are back and I think it’s rather good to have them back in Matt Smith’s final ‘Doctor Who’ story. I liked it when Clara sees the Silence for the first time and she’s terrified and forgets them whenever she looks away. I didn’t get it when the Silence worked with the Doctor in the end. 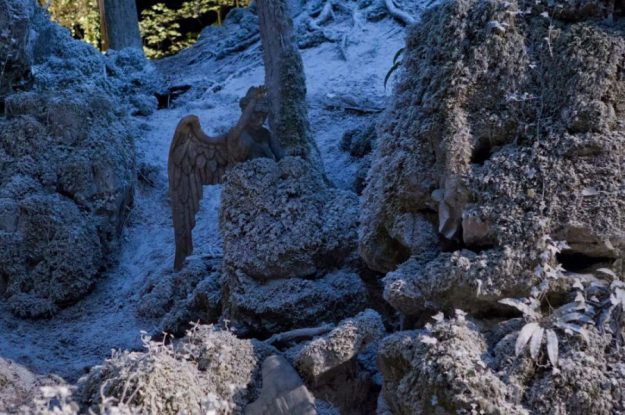 The Weeping Angels are also in this episode too. I found the scene where the Doctor and Clara are in the snowy woodland and they’re surrounded by the Weeping Angels very frightening. They try not to blink but the falling snow keeps getting in their eyes. That makes it an effective scene in the story.

In the end, the Time Lords give the Doctor a brand-new regeneration life-cycle that was offered to the Master in ‘The Five Doctors’. It gets around the regeneration limit of Time Lords having thirteen lives for the Doctor. I didn’t get this at first and think that it should have been clearer in the episode.

The last scenes take place with the Doctor and Clara in the TARDIS, as he leaves Trenzalore behind him. The Doctor is reset to being young again before he regenerates. I liked it when he has a bowl of fish fingers and custard and there’s a cameo appearance of Karen Gillian as Amy Pond at the climax.

Then we have the ‘regeneration’ scene, which was a bit sudden and rather disappointing for me since we didn’t have the usual firework display. But I suppose that Steven Moffat wanted a change and we did get the fireworks display earlier on when Matt Smith exploded in destroying the Daleks.

Peter Capaldi appears as the Twelfth Doctor in the last few minutes of the episode with Clara in the TARDIS. He’s scary-looking and frightening, as he’s got something of William Hartnell about him. I didn’t know what to make of this new Doctor yet, but I was looking forward to finding out later on. 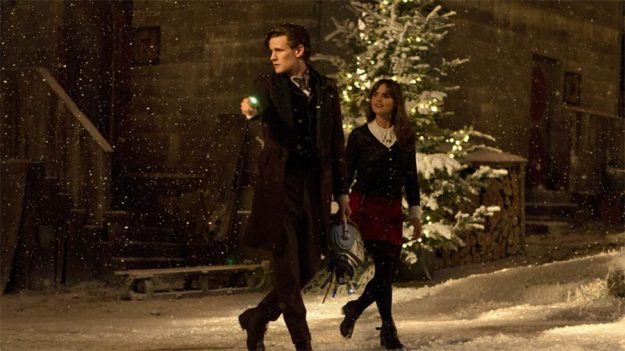 The DVD special features on this episode are as follows. On the original ‘The Time of the Doctor’ DVD, there are three documentaries on Disc 1. There’s the ‘Behind the Lens’ making-of documentary; the ‘Tales from the TARDIS’ documentary (also on Disc 2 of ‘The 50th Anniversary Collector’s Edition DVD’ with ‘The Day of the Doctor’) and the ‘Farewell to Matt Smith’ documentary focusing on the Matt Smith era of ‘Doctor Who’.

Disc 2 is a bonus disc that contains the first three ‘Doctor Who’ Christmas specials with Matt Smith including ‘A Christmas Carol’; ‘The Doctor, the Widow and the Wardrobe’ and ‘The Snowmen’. I found this rather pointless, since these three Christmas specials were already available on DVD.

On Disc 3 of ‘The 50th Anniversary Collector’s Edition DVD’ of ‘Doctor Who’, there’s a deleted scene between the Doctor and Clara. There’s also ‘A Night with the Stars: The Science of Doctor Who’, a televised lecture with Professor Brian Cox who talks about the science of ‘Doctor Who’.

‘The Time of the Doctor’ isn’t the best ‘Doctor Who’ episode I’ve seen and I think they should have made it a two-parter instead of a single episode. But it’s a decent swansong to end the Matt Smith era of ‘Doctor Who’ and he really has come into his own as the Doctor with Jenna Coleman as Clara.

Matt Smith! You’re not David Tennant. But you definitely are the Doctor!