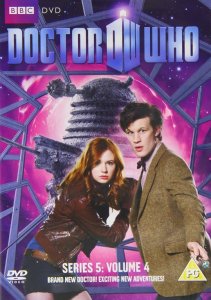 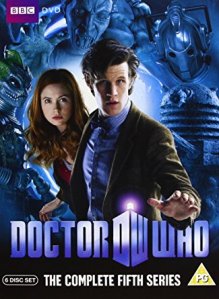 ‘VINCENT AND THE DOCTOR’

We Need To Talk To Vincent van Gogh

How does Matt Smith’s first season in ‘Doctor Who’ reach its conclusion?

The last four episodes of Series 5 in new series ‘Doctor Who’ determine how Matt Smith’s Doctor fares out in the first year of his era. I didn’t feel that the series was the same when David Tennant left, but I was enjoying how Series 5 went and how each of the episodes depict the Eleventh Doctor.

I recall watching most of Matt Smith’s first season in ‘Doctor Who’ at my Nana’s house before she passed away. I have fond memories of Series 5 and even though the show wasn’t good as the David Tennant/Russell T. Davies era for me, I hoped the Matt Smith/Steven Moffat era would win me over. 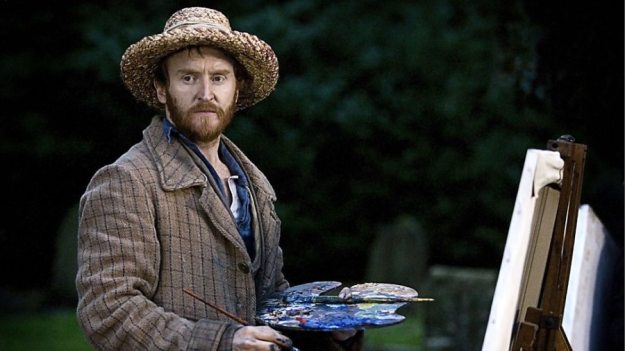 The first of the last four episodes of Series 5 is ‘Vincent and the Doctor’ by Richard Curtis. For those who don’t know, Richard co-created and co-wrote ‘Blackadder’, ‘Mr. Bean’ and ‘The Vicar of Dibley’.

It’d also be remiss of me to mention that Richard Curtis made his first ‘Doctor Who’ contribution in ‘The Curse of Fatal Death’. Richard was the executive producer for that whilst Steven Moffat wrote it.

I was expecting this episode to be a comedy-styled adventure to what he’s well-known for in other sitcom shows. But as it turned out, this episode wasn’t like that. It was a pretty serious historical tale. 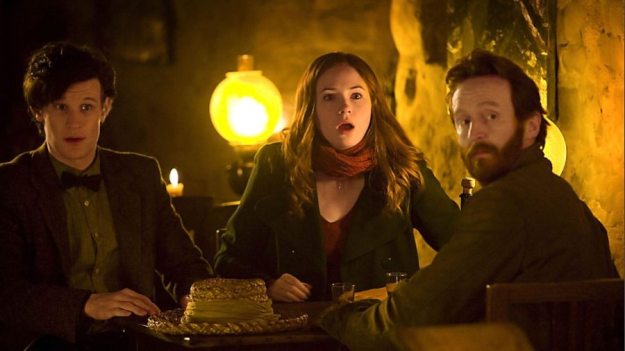 I was quite surprised by how Richard Curtis wrote a moving and thought-provoking tale about an artist I knew nothing about. This TV episode focuses on Vincent van Gogh as well as another subject.

I went into this episode with no idea who Vincent van Gogh was and how important he was to people. Nowadays I’ve become wiser and I’ve learnt a lot from watching this ‘Doctor Who’ episode.

The first time I saw this episode was when I was at my Nana’s house, with me, Nana and my parents. I have to admit I didn’t think much or rate this episode highly after I saw it, since I found it dreary in places.

Now I’ve re-watched the episode for this review, I’ve been able to appreciate this episode more. This episode does address certain things with Vincent van Gogh’s life and the Doctor and Amy involved.

The thing that let it down for me with this episode was the monster itself called the Krafayis. Honestly, when I saw the monster in the tale, I felt like wanting to fall asleep as it didn’t impress me.

The episode sees the Doctor and Amy visit the Musée d’Orsay in Paris where they admire the work of Vincent van Gogh. This is after Amy lost Rory, or rather she forgot him at the end of ‘Cold Blood’.

The Doctor notices something unusual with one of the paintings by van Gogh called ‘The Church at Auvers’. There’s an alien figure in the window of the church. The Doctor is keen to solve the mystery.

Travelling in the TARDIS, the Doctor and Amy go back in time to talk to Vincent about the painting in 1890. They find him at a cafe in Arles, where he happens to be lonely and he has this bad reputation.

It was interesting to discover more about Vincent and what he was like back in 1890. It’s surprising that he wasn’t well-liked and that his paintings were not well-approved by many compared to today.

I found it a little unsettling when I also found out that Vincent suffered from depression. This is a subject matter that Richard Curtis wanted to tackle in the episode and it’s done rather subtly in this.

I’m not claiming to be an expert on depression, but I know a few friends of mine who suffer from it and it can take a while for them to get over it. I found the subject matter sensitive throughout the story.

In fact, after this episode was transmitted, there was a helpline given to anyone who was affected by the issues raised in the story. I’m amazed that Richard Curtis wrote this sensitive ‘Doctor Who’ story. 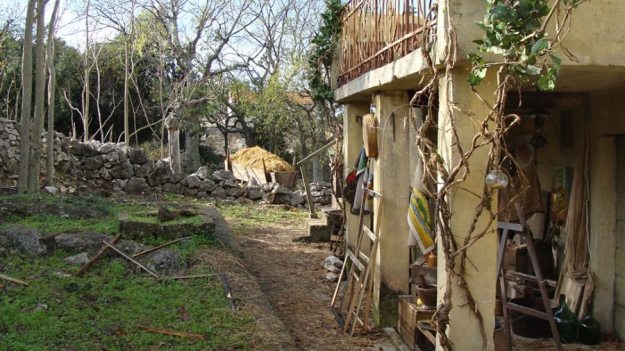 By the way, most of the episode was filmed in Trogir, Croatia. Again, ‘Doctor Who’ goes beyond its filming locations in the UK and the location scenes filmed Croatia make the episode feel very exotic.

Tony Curran delivers a great performance as Vincent van Gogh in the episode. I like his interaction with the Doctor and Amy, especially when he notices how sad Amy is when crying behind her smile.

I was pleasantly surprised to see Bill Nighy as Dr. Black, the art curator in the episode. I found it very touching when Bill Nighy’s character talked about why van Gogh was a great artist at the tale’s end. 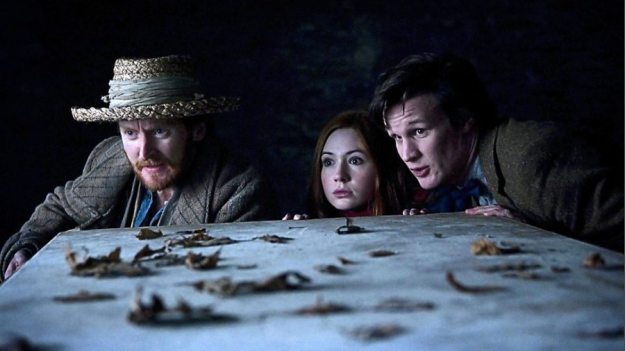 Matt Smith and Karen Gillan equally deliver good performances as the Doctor and Amy. I like how this episode has these two try to make a difference to Vincent’s life in a way they’d never expected.

‘Vincent and the Doctor’ isn’t what I would call a favourite from the ‘Doctor Who’ TV series. But after seeing it again, I can appreciate what it does to highlight why Vincent van Gogh is a well-loved artist.

The DVD special features on this episode are as follows. On Disc 4 of ‘The Complete Series 5’ of ‘Doctor Who’, there’s ‘The Video Diaries – Part 3’. On Disc 6, there’s the ‘Doctor Who Confidential’ episode ‘A Brush with Genius’.