‘THE CHILDREN OF SETH’

Death to Seth and Nyssa sent to Hell on Level 14 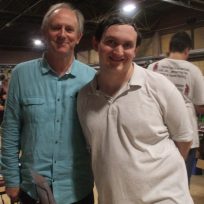 Tim Bradley with Peter Davison at the ‘Stars of Time Film and Comic Con 2016 @ The Tropicana’, Weston-super-Mare, August 2016 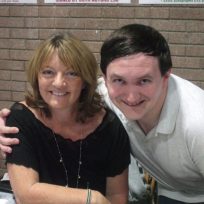 Tim Bradley with Sarah Sutton at the ‘Stars of Time Film and Comic Con 2016 @ The Tropicana’, Weston-super-Mare, August 2016

Tim Bradley with Sarah Sutton at the ‘Stars of Time Film and Comic Con 2016 @ The Tropicana’, Weston-super-Mare, August 2016 – photo courtsey of James Kitto 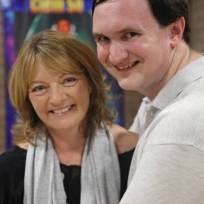 Tim Bradley with Sarah Sutton at the ‘Stars of Time Film and Comic Con 2016 @ The Tropicana’, Weston-super-Mare, August 2016 – photo courtsey of James Kitto

‘The Children of Seth’ is the third and final story of this ‘Lost Stories’ trilogy with the Fifth Doctor, Nyssa and Tegan.

I felt sad with this being the last story of the trilogy as I enjoyed listening to these three stories. I didn’t get this audio adventure with ‘The Elite’ and ‘Hexagora’ for Christmas 2011, since it was delayed in the post. But I did receive it the following year in 2012 and I was happy to listen to it then.

I’ve had the CD cover of ‘The Children of Seth’ signed by Peter Davison and Sarah Sutton at the ‘Stars of Time Film and Comic Con 2016 @ The Tropicana’, Weston-super-Mare, August 2016 and by David Warner at the ‘London Comic Con Spring’, March 2019. I’m pleased that I’ve shared with Peter and Sarah on how I found these ‘Lost Stories’ interesting and meant for TV.

This is quite an intriguing and complex four-part story to listen to. ‘The Children of Seth’ was originally by Christopher Bailey, who is well-known for writing the two TV ‘Mara Tales’ – ‘Kinda’ and ‘Snakedance’. Chris was to write a third adventure that didn’t feature the Mara, but sadly this was left abandoned.

Marc Platt, who has written so many Big Finish audios for ‘Doctor Who’, managed to get hold of the script for ‘The Children of Seth’ back in 1989. Many years later, Big Finish asked Marc if he’d like to adapt Christopher Bailey’s original TV script into a Big Finish audio drama. Marc was happy to do so.

In this story, Nyssa conducts one of her experiments in the TARDIS. The experiment soon takes her, Tegan and the Doctor to the Archipelago of Sirius, a world inside an asteroid. The trio get caught in a web of political intrigue, since the power-hungry Byzan is out on his dangerous crusade against Seth.

This is unlike any other ‘Doctor Who’ story I’ve come across from Big Finish. The story is based on the city of Byzantium and has elements of ‘I, Claudius’ in it. I don’t know much about Byzantium, though the concepts are intriguing. Chris Bailey certainly knew his stuff when he originally wrote the story.

I liked how Marc Platt develops Chris’ original TV story for audio. I like how he adapts it for that medium in a historic-like setting and touches on the complexity of the subject matter. I don’t know how this story would have worked for TV, but I imagine it would have been pretty complex to do on a TV budget.

Peter Davison is great as the Doctor in this audio adventure. The Doctor gets curious about Nyssa’s experiment. Soon he and Nyssa are arrested when they discover that someone is an android. The Doctor remembers Anahita from his last visit and he becomes anxious when Nyssa is sent down to Level 14.

The Doctor is determined to save Nyssa and he accesses one of the Manti robots that attacks him, Tegan, Anahita and Shamur at Anahita’s house. He goes blind when he’s seeing only numbers. It’s pretty tense when the Doctor becomes blind and it allows Peter to give a mad-driven performance.

Janet Fielding is great as Tegan in this audio adventure. Tegan is pretty baffled by Nyssa’s experiment and doesn’t get the punch-line when Nyssa tries to tell her a joke. I found it funny when Tegan gets picked on by both the Doctor and Nyssa about waiting for years with Nyssa’s experiment.

In the story, Tegan gets drawn into Queen Anahita’s service and is made her consort. Tegan declares herself as being an Aussie Republican as well as downright Bolshie. I liked it when Tegan tries to seduce one of the guards and she knocks him out in order to set free the Doctor from his prison cell.

Sarah Sutton is wonderful as ever as Nyssa in this audio adventure. She doesn’t get to have a big role in this story, I’m afraid. I found Nyssa to be mostly side-lined for this adventure which is a shame since she’s mostly kept out of the main action and gets trapped on Level 14 with her memory wiped.

I don’t think that these ‘Lost Stories’ have been the best for Nyssa in ‘Doctor Who’, which is a dreadful shame. I do like some moments when Nyssa appears and liked it when Nyssa tries to tell a joke to Tegan. I also liked it when Nyssa knows someone’s an android and fights through her interrogation.

I was frightened for Nyssa when she had her mind wiped and she was sent down to Level 14, also known as ‘hell’. I found those moments when Nyssa is suffering amnesia to be pretty disturbing. It also allows Sarah to give this almost childlike and innocent performance as the out-of-control Nyssa.

Nyssa also seems to think that she’s ‘the Doctor’ and doesn’t like it when other people like the ‘real’ Doctor keep calling her ‘Nyssa’. Nyssa laughs like a little girl when she’s losing her mind which is an example of Sarah’s beautiful and (I hate using this word) ‘underrated’ acting which gets overlooked.

Honor Blackman in ‘The Children of Seth’.

This story features a superb guest cast. There’s Honor Blackman as Anahita, Queen of the Poisons. Honor is well-known as Cathy Gale in ‘The Avengers’ with Patrick Macnee. Anahita is a strong-willed woman who is married to the Autarch Siris and she knows the Doctor from so long ago.

There’s also Adrian Lukis as Byzan. I’ve seen Adrian in the BBC TV production of ‘Pride and Prejudice’ with Colin Firth. Byzan is a pretty passionate individual and is driven to rule the Archipelago of Sirius. He uses the propaganda of Seth to frighten people so that he can get his own way of gaining power.

Adrian Lukis in ‘The Children in Seth’.

And there’s David Warner as Siris, the Autarch of Sirius. David is a big movie star and an Shakespearean actor who’s appeared in ‘Star Trek’ and ‘Doctor Who’. David delivers a grand performance as Siris, who is a rather absent-minded old man and is very ignorant of Byzan’s tyranny.

The rest of the guest cast include Vernon Dobtcheff (who was in ‘The War Games’ with Patrick Troughton) as Shamur; Matt Addis as Albis, Byzan’s secretary; Emerald O’Hanrahan as Mira, Shamur’s granddaughter and former maidservant to Queen Anahita and John Banks as Radulf Varidi.

The CD extras are as follows. At the end of Discs 1 and 2, there are behind-the-scenes interviews with the cast and crew, including Peter Davison; Janet Fielding; Sarah Sutton; etc. At the end of Disc 2, there’s a trailer for ‘The Guardians of Prophecy’ with Colin Baker and Nicola Bryant.