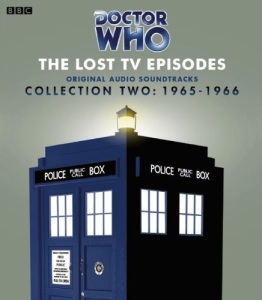 Savages with the Doctor, Steven and Dodo

This was the first ‘Doctor Who’ missing TV story that I listened to on my tablet via Audible!

‘The Savages’ is a story from the classic series of ‘Doctor Who’, starring William Hartnell as the Doctor with Peter Purves as Steven Taylor and Jackie Lane as Dodo Chaplet. I enjoyed listening to this adventure on audio. It is one of the sadly missing ‘Doctor Who’ TV stories from the BBC archives.

The story is by Ian Stuart Black and is a four-part adventure. It was originally directed by Christopher Barry for the TV series. It is also the story that features the last appearance of Peter Purves as Steven Taylor. I felt pretty emotional when listening to Steven saying farewell to both the Doctor and Dodo.

There are no surviving episodes to be found from this story, apart from a few surviving clips on the ‘Lost in Time’ DVD. The audio soundtrack however is available to purchase on both CD and as a download. I purchased my copy of ‘The Savages’ audio download on my tablet via the Audible app.

The audio of ‘The Savages’ can also be purchased on CD in ‘The Lost TV Episodes: Collection Two’ box set from BBC Audio. The story has linking narration provided by Peter Purves who played Steven in the story. I enjoyed listening to Peter who guided me through the story with the linking narration.

‘The Savages’ is a science-fiction parable about a world where a society oppresses its savage-like tribes with science. It’s an intriguing story and well-written for its time. I must admit it’s not quite exciting as say the Dalek tales of the time were in the 1960s, but it’s still a classic ‘Doctor Who’ story.

In the story, the TARDIS arrives and the Doctor is welcomed by the planet’s people as ‘The Traveller from Beyond Time’. It’s interesting that these people on the planet already know who the Doctor is and it made me wonder if this was another timey-wimey story as the Doctor hadn’t visited them yet.

Gradually during the story, the Doctor discovers how advanced this society with the Elders is. But unfortunately there are tribes of savages who do not belong in this society and are oppressed. The Elders disregard the savages with disdain, treating them as criminals. But are these savages so bad?!

The moral aspects of this story are pretty strong throughout. The seemingly admirable society that the Doctor, Steven and Dodo come across may not be as pleasant as the Elders claim. It transpires that the Elders are using these savages to drain the life-force out of them so they can have long lives. 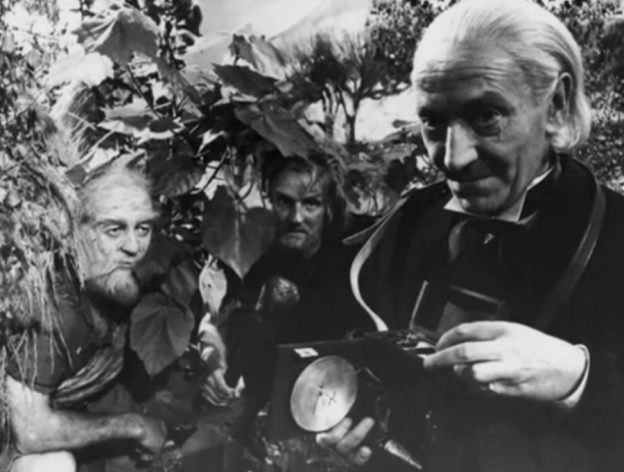 There have been many ‘Doctor Who’ stories that focus on utopian societies that aren’t quite what they seem. ‘The Savages’ is no exception, as the story deals with people who gain life from others, like Magnus Greel who gained life-force for his own survival in ‘The Talons of Weng-Chiang’ later on.

Eventually during the story, the Doctor, Steven and Dodo learn the truth of the savages and how they’ve been treated badly by the Elders. Gradually the TARDIS heroes work with the savages in order to stop the oppression by their Elders and find a way to restore peace and harmony in the end.

William Hartnell delivers a splendid performance as the Doctor in this adventure. He’s clearly opposed against to what Jano and the others are doing with draining the life-force out of the savages. I liked how the Doctor listens to Jano showing off the society’s successes at the beginning.

It’s before the Doctor refuses to co-operate with Jano and his people in this oppression on the savages and is determined to stop them. Unfortunately the Doctor suffers when he’s put into the transference machine by Jano. But the Doctor isn’t without his wits to come up with his backup plan.

Peter Purves is superb as Steven in this adventure. Being his last story in the series, it’s good to have Steven demonstrate his strengths as a heroic character and most importantly as a leader. In the second half of the story, he persuades the savages to oppress the Elders by helping them fight back. 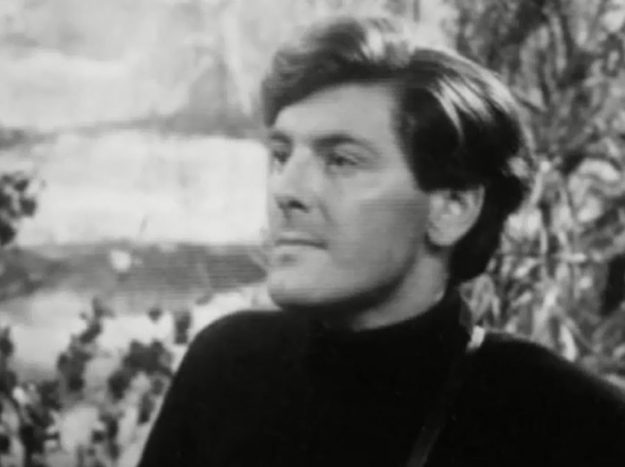 Jackie Lane is equally good as Dodo in this adventure. I don’t fully understand the criticism Dodo gets as a companion in ‘Doctor Who’, as I found her rather good in this one. Of course Dodo gets in trouble when she wanders off by herself, but she does discover the laboratory first during the story.

Dodo is quite a cheeky, enthusiastic girl when travelling with the Doctor and Steven. But she’s also very against what the Elders are doing in their lab and questions them pretty sharply about it. I think Dodo really enjoyed it when she was helping everyone smashing the machines up in the laboratory.

The story’s guest stars include Frederick Jaeger as Jano, the leader of the planet of the Elders and savages. This would be Frederick Jaeger’s first association with ‘Doctor Who’, as he would later play Dr. Sorenson in ‘Planet of Evil’ and Professor Marinus in ‘The Invisible Enemy’, both with Tom Baker.

Jano at first seems very welcoming of the Doctor and his companions to their world. But when the Doctor is opposed to their ways, Jano orders him put into the transference machine. He then has the Doctor’s life-force transferred into him, with interesting results as he starts to sound like the Doctor.

There’s Ewen Solon as Chal, the leader of the savages. Ewen Solon is also another link to ‘Planet of Evil’ with Frederick Jaeger, as he would play Vishinsky. Chal is a savage who doesn’t trust the Doctor and his friends first. But soon he helps them just as they help him and his people against the Elders.

There are many other guest stars in this story that have appeared in ‘Doctor Who’ stories before and later on. There’s Patrick Godfrey as Tor, one of the savages, who would later appear in ‘The Mind of Evil’. There’s Robert Sidaway as Avon, who would later play U.N.I.T. Captain Turner in ‘The Invasion’. 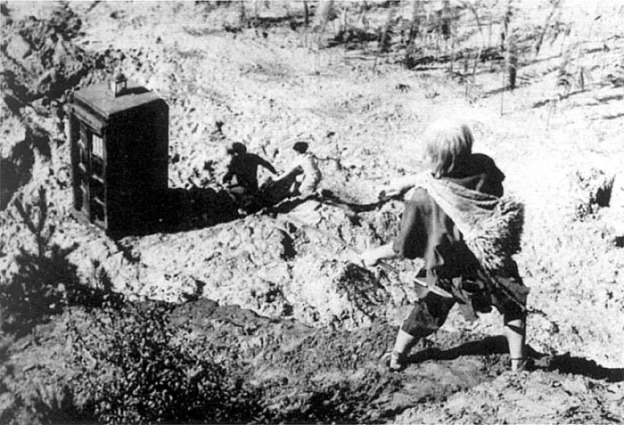 There’s Kay Patrick as Flower, who previously appeared as Poppaea in ‘The Romans’. And there’s Clare Jenkins as Nanina, one of the female savages. Clare Jenkins would later play Tanya Lernov in ‘The Wheel in Space’ and ‘The War Games’. It’s fun to recognise actors from other ‘Doctor Who’ stories.

The guest cast also includes Norman Henry as Senta, a scientist who conducts these atrocious life-force transfers from the savages. There’s also Peter Thomas as Captain Edal and Geoffrey Frederick as Exorse. I was so dismayed that Exorse managed to escape the savages and betray them to Nanina.

The story ends with our heroes saving the day and destroying the machines for good. But Jano declares their society needs a new leader. The Doctor and Jano choose Steven, as they believe him capable of being a good leader. It was rather sudden, but Steven soon agrees to stay on the planet.

I found that goodbye scene between Steven, the Doctor and Dodo very heartbreaking to listen to on audio. Dodo is tearful as she hugs Steven and the Doctor is very proud of him as they shake hands together. Dodo wonders if they’ll ever see Steven again, but the Doctor says he can never be sure. 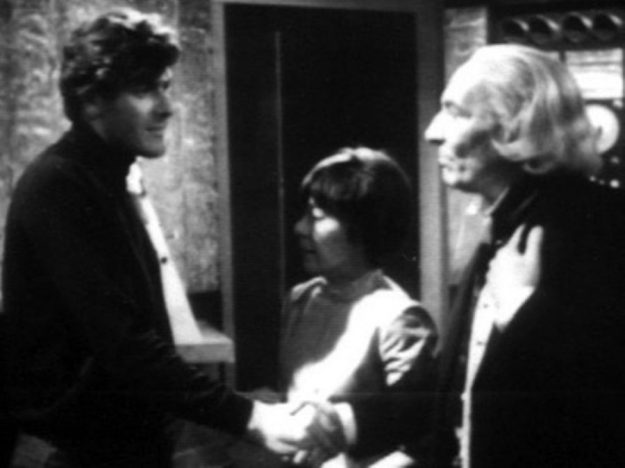 ‘The Savages’ has been a pretty good ‘Doctor Who’ adventure to listen to, with a good moral centre and some dramatic moments. It’s a shame ‘The Savages’ doesn’t exist as a complete TV adventure, but I hope one day it’ll be found. It’s amazing that Steven gets to be a king of an alien planet, isn’t it?