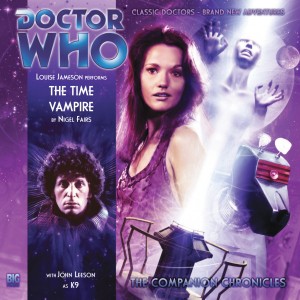 Leela’s Story of the Z’nai Ends

I heard ‘The Time Vampire’ first before I listened to ‘The Catalyst’ and ‘Empathy Games’.

I hoped listening to this audio adventure as well as other Big Finish audios and the TV stories would help to give me the inspiration I needed to write my Fourth Doctor/Leela/K-9 story for the ‘Zorbius’ series. Instead, I ended up being really baffled, confused and having no idea what I’d just listened to.

That was because I didn’t realise ‘The Time Vampire’ was meant to be the third of a trilogy of stories featuring Louise Jameson as Leela. Of course, I’ve been able to catch up on what I missed and have listened to ‘The Z’nai Trilogy’ in full with ‘The Catalyst’, ‘Empathy Games’ and ‘The Time Vampire’. 🙂

With that said, despite having listened to ‘The Z’nai Trilogy’ in one week, I don’t think listening to ‘The Time Vampire’ with the first two stories beforehand would’ve helped. That’s not to say I didn’t enjoy ‘The Time Vampire’, but I can’t help but still feel confused and rather disappointed by this one.

According to the CD extras, the writer Nigel Fairs is hoping for the story to be heard more than one in order to understand it. I suppose that’s true and whilst I’ve been able to gain clarity of what happened with a second listen, there are still elements that befuddle me throughout the adventure.

I believe Louise Jameson found this audio adventure complicated before and during the recording. Despite that, she gives one of her loveliest performances as Leela and it’s intriguing how this story concludes what is essentially a long death of a TARDIS companion. And yes, I did say death there.

As older Leela recollects on the verge of death, she remembers a time in the TARDIS when the Doctor became worried about K-9’s increasingly bizarre behaviour. Leela soon follows K-9, who does act very strangely, to the old wooden TARDIS console room that was destroyed in ‘Empathy Games’.

Very soon, Leela finds herself in a haunted sea fort where time seems to be out of place and distorted. It’s a world the Doctor’s been to before and saw destroyed once long ago. As the story progresses, Leela finds things connected with K-9’s illness, the Z’nai attack and her very last journey.

I did find myself being lost by the end of ‘Part One’. I tried to keep pace in ‘Part Two’, but there were still things that baffled me. Essentially, the TARDIS trio find themselves on a world where the Doctor had been to before as his ‘third self’ and when he travelled with Joshua Douglas from ‘The Catalyst’. 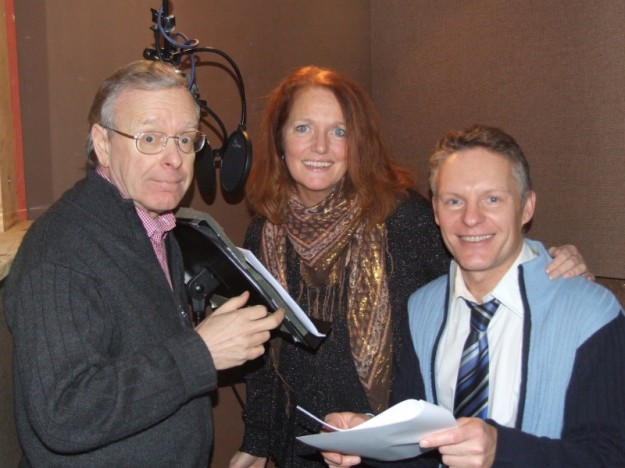 Louise Jameson is still wonderful to listen to as Leela. She also gets to play another character with a different accent in this tale. Nigel Fairs wrote that specifically in the story for Louise to play, having seen her perform a similar character in a theatre production. It allows Louise’s acting talents to shine.

It was intriguing to hear this two-parter and compare how Leela sounds being a younger person and being an older person. Leela encounters the titular ‘time vampire’ of this adventure and…I believe it’s the older version of ‘her’. It sounds complicated. I will do my best to explain by the review’s end.

Louise still does a good voice for Tom Baker’s Doctor in this audio adventure. There are times when Tom’s Doctor can get angry, especially with K-9 who becomes disobedient and erratic. I did find his entrance into the bizarre distorted world Leela entered into unnerving as it all feels pretty confusing.

John Leeson guest stars in this audio adventure as K-9. I was delighted to hear K-9 in a ‘Companion Chronicle’ with Louise Jameson as Leela. I’m disappointed that the story didn’t have K-9 acting like he used to in the TV series, considering he behaves pretty strangely and he won’t explain his actions.

Now to be fair, it was intriguing to hear a side of K-9 where he became ‘wonky’. It does sort-of get explained why he was behaving like he did towards the end of the story. But the sound editing and the recording does sound a bit jumbled towards the story’s end that it was confusing and unsettling.

There’s another character John Leeson plays in the story and it happens to be Gustav Holland, a tour guide of a castle. Holland turns out to be a villain in the story as he keeps ‘the time vampire’ hostage somewhere. I don’t know how and why it happened, but by the end, he got shrivelled up and died.

The Z’nai did make an appearance in the story as they make an attack on the world the Doctor visited years ago with Joshua Douglas, but it’s very brief. In fact, I still don’t know why the Z’nai wanted Leela in the first place apart from wanting details about Gallifrey destroyed in the Time War.

The story ends very confusingly with older Leela, ready to enter the Afterlife, suddenly rescued by K-9 who turns up via TARDIS. Not sure if this is the Mark I K-9 or not as it’s very open-ended. Come to think of it, I’m not sure who piloted the TARDIS. Was it the Fourth Doctor? Could’ve been the Tenth!

Essentially Leela ends up being ‘the time vampire’…I think…or was she reborn? Reincarnated, I think. She also happens to be the presence that K-9 detected in the TARDIS to make him act oddly in the first place. Things come full circle with young Leela meeting old Leela. Yet, it’s bizarre and confusing.

The CD extras are as follows. There’s a trailer for ‘Night’s Black Agents’ with Frazer Hines as Jamie. There are also behind-the-scenes interviews with Louise Jameson, John Leeson and writer/director/sound designer/music composer Nigel Fairs, conducted by producer David Richardson.

‘The Time Vampire’ was a struggle for me to listen to, even with hearing ‘The Catalyst’ and ‘Empathy Games’ beforehand. I still enjoyed Louise Jameson’s performance as Leela with John Leeson as K-9, but I was deeply dissatisfied with this adventure and it was not the trilogy climax I’d been hoping for.