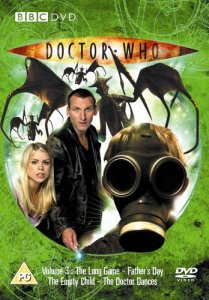 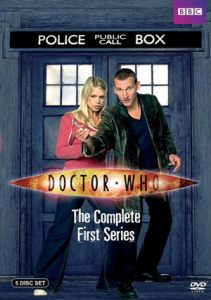 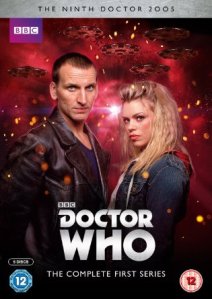 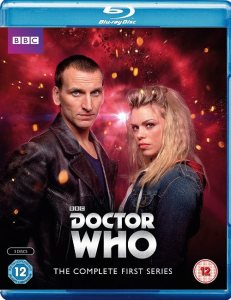 “Are You My Mummy?” with the Empty Child 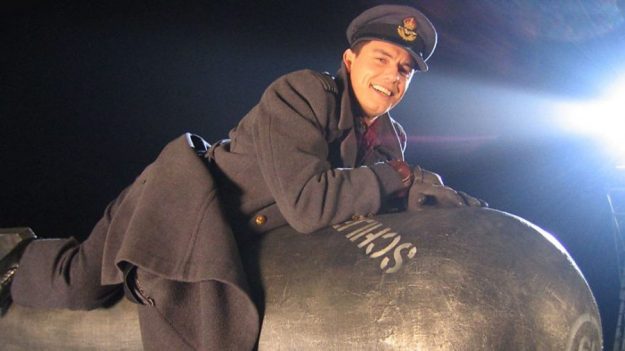 This is a two-part story by Steven Moffat. It’s set in 1941 in Blitz London during World War II. It’s a very creepy, bleak and thrilling story about a little boy who is constantly on the search for his mummy.

This was the first ‘Doctor Who’ story by Steven Moffat (not counting ‘The Curse of Fatal Death’) and it’s the first time we meet John Barrowman as Captain Jack Harkness, a new companion for the Doctor.

The Doctor and Rose chase a Chula ambulance through time and space that ends up in London 1941. Rose accidentally gets caught on the cable of a barrage balloon and she meets up with Captain Jack. 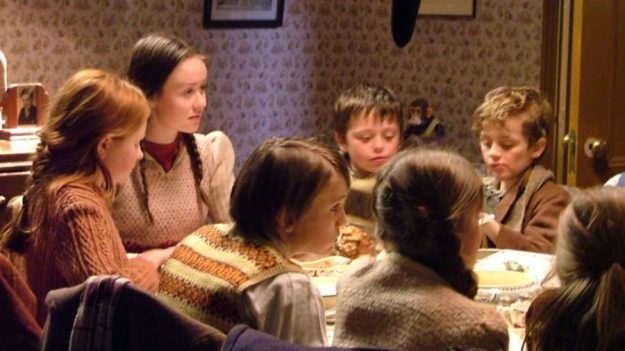 The Doctor meanwhile meets a young girl called Nancy who looks after some kids that have escaped evacuation from the war. She’s also chased by a boy in a gas mask who asks “Are you my mummy?”

This story really gave me the scares when I first saw it. The story is pretty atmospheric and it’s set at night-time in the dark, making it chilling to watch. Also those moments that make you jump really did terrify me. 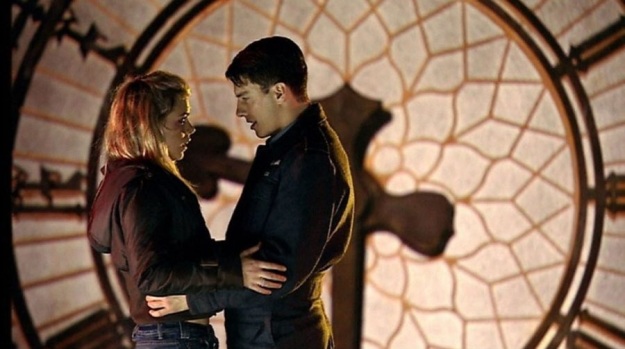 There are some lovely character moments for the Doctor and Rose meeting Captain Jack for the first time. I liked it when this new trio first worked together and had banters with each other in the adventure.

John Barrowman is amazing as Captain Jack, who is a Time Agent from the 51st century disguising himself as an American WWII soldier. Jack is handsome; flirts a lot and he manages to win Rose over.

Christopher Eccleston is superb as the Doctor. I like his wide-eyed wonder when interacting and joking with the kids and Nancy. He’s curious about what’s going on and he doesn’t trust Captain Jack yet. 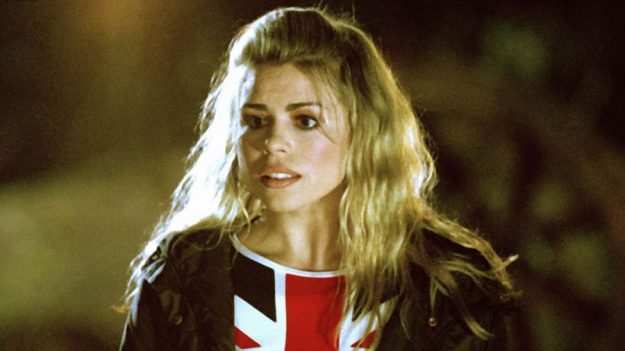 Billie Piper is wonderful as Rose Tyler. She wears a union jack T-shirt in this episode and flies over Blitz London by barrage balloon. Some of Rose’s one-liners are funny and she gets swept off her feet by Captain Jack.

Florence Hoath guest stars as Nancy, a young troubled girl of Blitz London who looks after and feeds evacuee kids of the war. She lost her little brother Jamie and is running from the Empty Child chasing her.

Richard Wilson (from ‘One Foot in the Grave’) guest stars as Dr. Constantine, who works at the Albion Hospital in 1941. It was nice to see Richard Wilson in this, informing the Doctor about what happened. 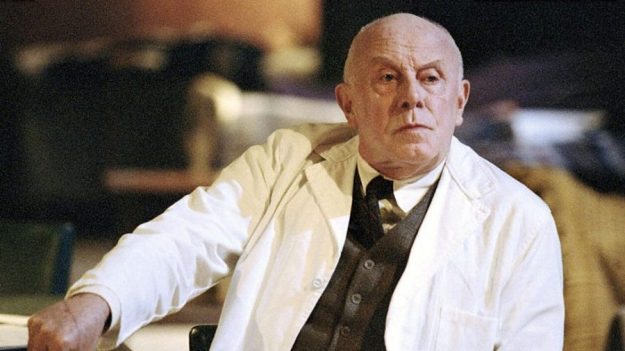 Soon, Dr. Constantine becomes a gas-mask zombie, ‘wanting his mummy’ and so do the hospital staff. It becomes clear that the Empty Child is spreading a ‘disease’, turning people into gas-mask zombies.

The Empty Child is pretty scary too in this story. He’s always asking “Are you my mummy?” which has become a catchphrase. Seeing him in the gas mask as he comes around the corner is frightening.

The first episode ends on a cliff-hanger that scared me. Inside Albion Hospital, the gas-mask zombies advance on the Doctor; Rose and Jack, asking “Are you my mummy?” How will they get out of this?! 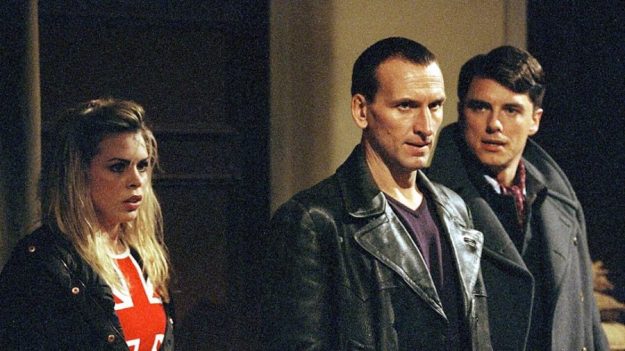 It was great watching the Doctor, Rose and Jack interact with each other and run down corridors whilst being chased by gas-mask zombies. I loved it when the Doctor and Jack compared their sonic gadgets.

In this episode, we learn more about why the Empty Child keeps asking “Are you my mummy?” and why he’s wearing a gas mask. It connects to the Chula ambulance that fell from the sky onto London. 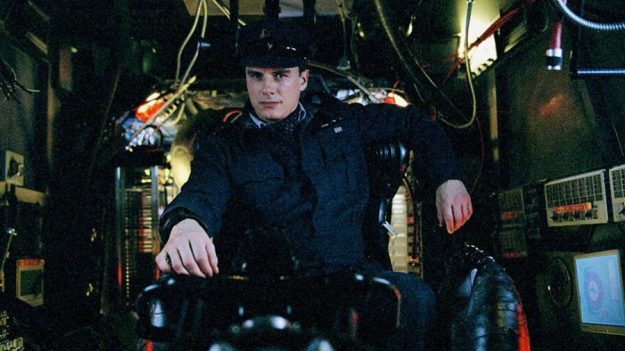 I found the concept of the nano-genes excellent. They’re sub-atomic robots that repair people’s bodies when they’re damaged, which helped Rose and the Doctor once inside Captain Jack’s ship.

It was disturbing when they find out that the nano-genes inside the crashed Chula ambulance tried to repair Jamie, Nancy’s ‘brother’, but it turned out they’d never seen a human or know what a human looks like.

In the end, the nano-genes fused the gas-mask onto the boy’s face as a part of its skin. It did the same to all the humans on Earth when it went airborne and it is Jack’s fault once he opened the container. 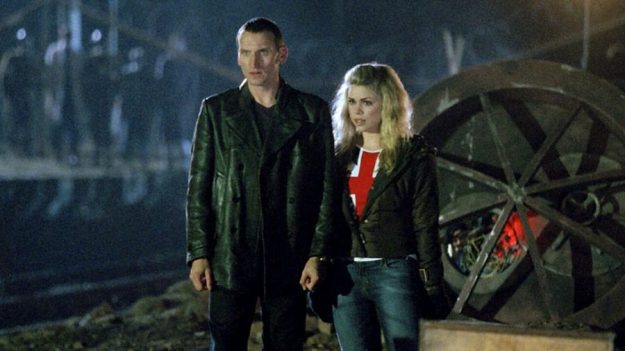 Soon, the soldiers at the bomb crash-site get infected when the ‘gas mask effect’ becomes airborne. That scene with Nancy and the soldier turning into a gas-mask zombie was very disturbing to watch.

It was quite a surprise in the story when it turned out Nancy’s brother Jamie isn’t her brother at all. She is the one who is his ‘mummy’ and the Doctor tells her to tell Jamie about this to save the human race.

It was a very touching moment when Nancy told Jamie that she is his ‘mummy’ and she embraces him, saying sorry. When she does this, the nano-genes ‘figure it out’ since they compare mother and son. 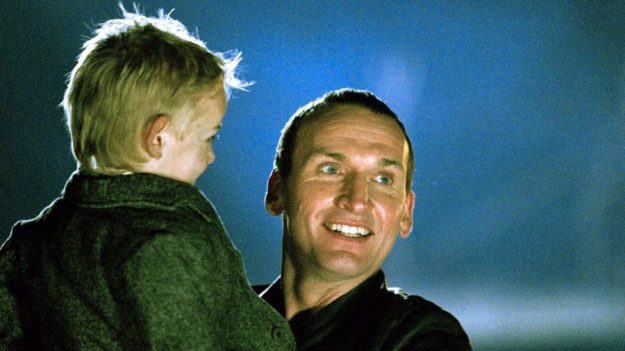 It was such a joy to see the Doctor ecstatic when the boy returns to normal and isn’t the gas-mask zombie any more. The rest of the hospital staff; soldiers and Dr. Constantine return to normal as well.

Seeing the Doctor so happy in this episode was truly mesmerising as ‘everybody lives’! I liked the balance of the dark and the light in Chris’ Doctor as it makes him so alien in expressing grief and joy.

At the end of the story, it seemed Captain Jack was going to die once he piloted his ship with a bomb on board about to detonate. But Jack gets rescued by the Doctor and Rose and joins them in the TARDIS. 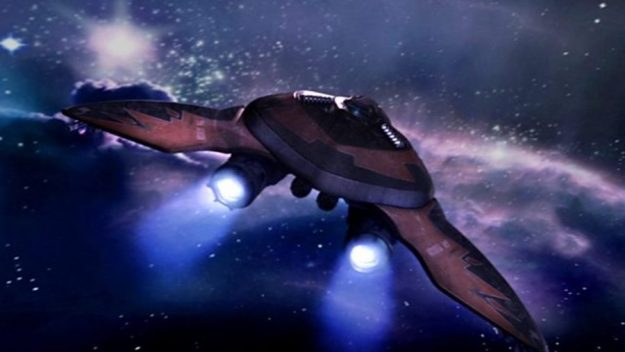 I’m really pleased that Captain Jack didn’t die at the end, as I really like the team-up between the Ninth Doctor, Rose and Jack. I was looking forward to seeing more adventures with these three characters.

The Doctor gets to show off his dancing skills to Rose, ending the story on a happy note. It was fun to see the Doctor and Rose dancing to ‘Moonlight Serenade’ and to ‘In The Mood’ whilst in the TARDIS.

Here’s a video of the Doctor and Rose dancing to Glenn Miller’s music in the TARDIS from ‘The Doctor Dances’.

‘The Empty Child’/’The Doctor Dances’ is a fantastic ‘Doctor Who’ story. It’s a very creepy and fun adventure and I’ve enjoyed it with the Doctor, Rose and Captain Jack in it, thanks to Steven Moffat. 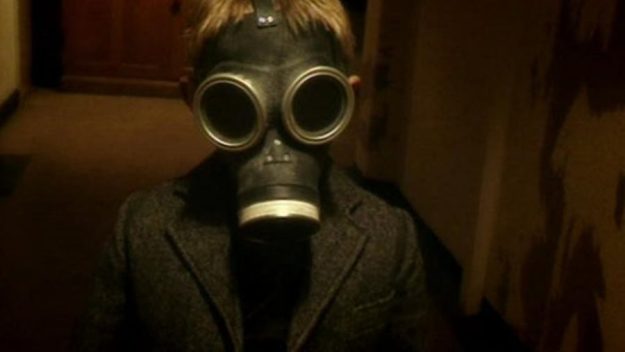 The DVD/Blu-ray special features for this story are as follows. There’s ‘Mike Tucker’s Mocks of Balloons’ which looks at the behind-the-scenes barrage balloon model effects. There’s also an audio commentary on ‘The Empty Child’/’The Doctor Dances’ with John Barrowman; writer Steven Moffat and visual effects supervisor Dave Houghton. On Disc 5, there’s the ‘Doctor Who Confidential’ episode ‘Special Effects’ for ‘The Empty Child’ and there’s the ‘Doctor Who Confidential’ episode ‘Weird Science’ for ‘The Doctor Dances’. 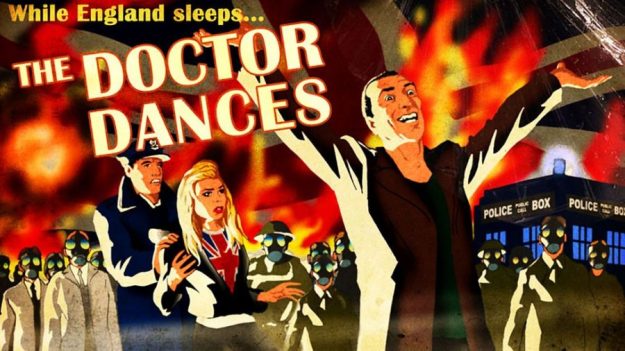 The third quarter of the Christopher Eccleston era of ‘Doctor Who’ has been another fantastic offering of episodes from the new series. Chris’ Doctor excels throughout and Billie Piper is truly brilliant as Rose Tyler. It was great to see them both now joined by John Barrowman as Captain Jack.