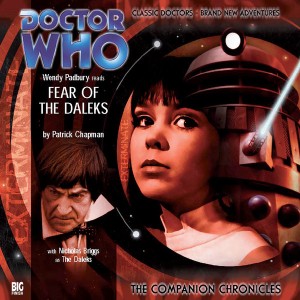 ‘FEAR OF THE DALEKS’

For my Dad who likes Zoe in ‘Doctor Who’

Whatever happened to Zoe?

In the case of ‘Fear of the Daleks’, this story represents the Second Doctor era of ‘Doctor Who’ with Patrick Troughton. Wendy Padbury was chosen to play Zoe for this first Second Doctor story in the Companion Chronicles range and it’s great that she was chosen as she has a fantastic reading voice.

Zoe was a companion who travelled with the Second Doctor and Jamie from ‘The Wheel in Space’ to ‘The War Games’. I love Wendy Padbury as Zoe in ‘Doctor Who’, as she’s my favourite companion from the Second Doctor era. I was pleased to hear this audio adventure where Zoe meets the Daleks.

‘Fear of the Daleks’ is a two-part adventure by Patrick Chapman, who writes well for Zoe as well as for the Second Doctor. Like most Companion Chronicles, the story is on one disc with the story narrated by Zoe from her perspective in the first person, and is set after her travels with the Doctor.

The story starts with Zoe recounting an adventure she had with the Doctor and Jamie that she can’t remember. Zoe had her memories of her travels in the TARDIS wiped by the Time Lords at the end of ‘The War Games’. But some memories of Zoe’s travels with the Doctor have now begun to resurface.

I was very interested in finding out what happened to Zoe after she lost her memories of travelling in the TARDIS with the Doctor by the Time Lords. I didn’t think she would remember her travels after ‘The War Games’. So I’m glad that some of her memories, if not all of them, are coming back to her.

So this is actually Zoe’s first trip in the TARDIS with the Doctor and Jamie, as they visit an asteroid with people on it. There is a civil war between two factions called the Zantha and the Tibari. Very soon, the Doctor and Zoe get used as tools in a ghastly plot to assassinate a president by the Daleks.

This is a proper space adventure with the Doctor, Jamie and Zoe against the Daleks in this one. I liked how Patrick Chapman touches on Zoe remembering her fear of the Daleks and I liked how she gets to meet them in this adventure, despite the Doctor telling her that there aren’t any more Daleks left. 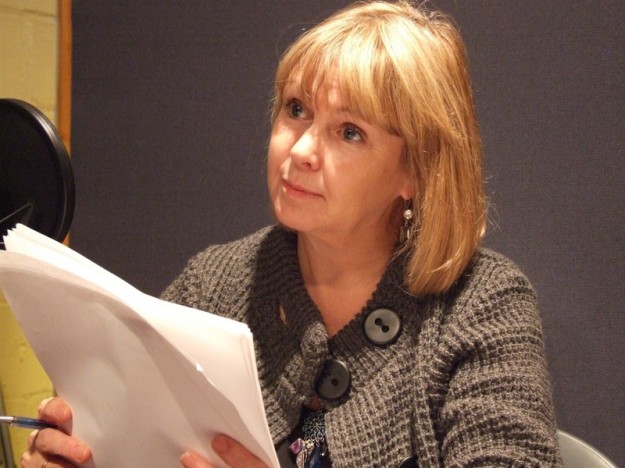 I love Wendy Padbury’s reading of this adventure as Zoe. Her voice is so engaging to listen to and she sound very lovely on audio. She doesn’t do exact voice impersonations of the Doctor and Jamie in these Big Finish audios, but she does well in getting the tone and mannerisms of their voices in this.

Nicholas Briggs voices the Daleks in this ‘Doctor Who’ adventure with Zoe. I enjoyed it when I heard the Daleks make an entrance into this story and they are menacing and power-crazed as ever. I liked it when Nick Briggs recreates that famous Dalek line, “Who are you?!” from ‘The Evil of the Daleks’.

There’s an interesting moment when Nick Briggs gets to play Atrekar via a Dalek voice. Atrekar uses his psychic powers to take control of one Dalek in order to help the Doctor and Zoe when they’re at the peace conference to assassinate the president. Atrekar sounds so different when he’s Daleky.

I liked how the story ends with a post-credits sequence of Zoe finishing her tale of the Daleks to a counsellor back in her own time. She also adds an entry in her dream diary about her memories of the Dalek and also of hearing the Doctor saying to her recently that there aren’t any Daleks no more.

There are sadly no CD extras to be found for ‘Fear of the Daleks’. So no trailers or behind-the-scenes interviews I’m afraid. This is one of the very early Companion Chronicles in the range by Big Finish. They would get popular later on with more CD extras including trailers and interviews with the cast. 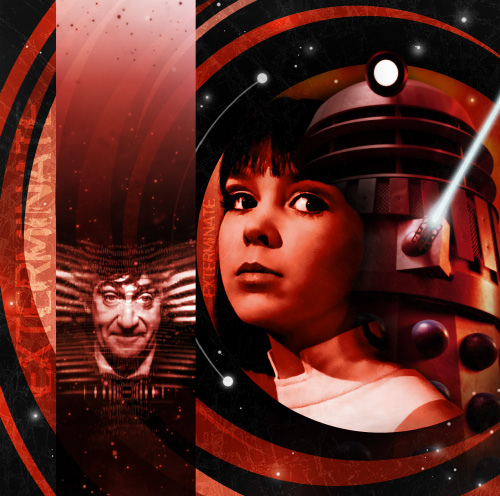 ‘Fear of the Daleks’ is a great Companion Chronicle by Big Finish in ‘Doctor Who’ with Wendy Padbury as Zoe in it. I liked it that Zoe recounts an adventure she had with the Doctor as well as the Daleks. It means there’s hope of her memories returning after they were wiped in ‘The War Games’.