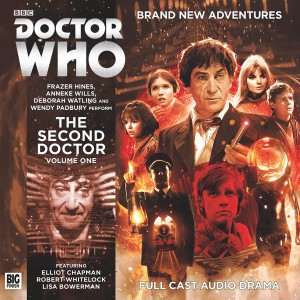 ‘THE STORY OF EXTINCTION’

Paper-Forms with the Doctor, Jamie and Victoria 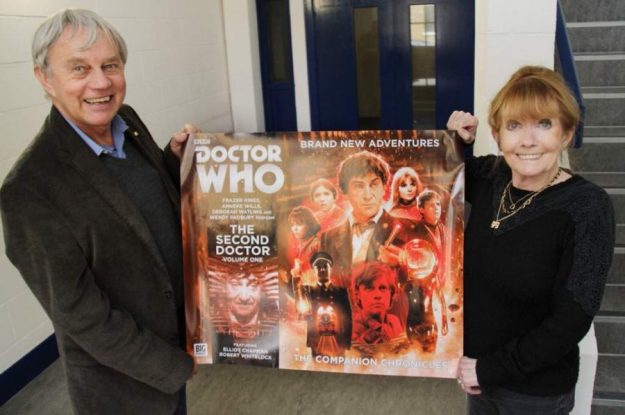 Frazer Hines and Deborah Watling with ‘The Second Doctor: Volume One’.

‘The Story of Extinction’ is a two-part adventure by Ian Atkins, set on the alien planet Amyryndaa. It features the Second Doctor who is with his companions, Jamie McCrimmon and Victoria Waterfield.

The story is performed by Frazer Hines and Deborah Watling with Lisa Bowerman. Lisa is also the director of the audio adventure as well as for all of the four stories in ‘The Second Doctor: Volume 1’.

‘The Story of Extinction’ is also the last audio story to feature Deborah Watling as Victoria before her death in July 2017. I’m glad Debbie did this audio adventure as it’s a great way to commemorate her.

This story is a very surreal adventure. It’s on a world where an archaeological survey takes place and has a mind-boggling concept of parchments called Paper-Forms that come to life and attack people.

I’m not claiming to fully understand the story, as it will require a few more listens. But I was pretty impressed by the character driven aspects of this story, especially as it concerns our TARDIS regulars.

It was interesting to discover how producer Ian Atkins focuses each of the four stories of ‘The Second Doctor: Volume 1’ on Jamie’s character. They take place at certain points during Jamie’s life.

Had I known this beforehand, I’d appreciate the first two stories of ‘The Second Doctor: Volume 1’ before listening to the second two. But it’s no big deal and it is intriguing how these focus on Jamie.

Frazer Hines again delivers a superb performance as both Jamie and the Doctor in this audio adventure. Jamie gets to narrate the story from his point-of-view which is pretty action-driven here.

I also like how Jamie’s relationship with Victoria is developed in this adventure. Jamie gets to look after Victoria when without the Doctor. I like to think Jamie is in love with Victoria during the series.

During the story, Jamie gets to learn how to read as Victoria teaches him. This was interesting to listen to; as Jamie learns the letters of the alphabet and thinks of the word that the letter stands for.

I also like how the Doctor gets to show genuine concern for his companions. He tells them to stay in the TARDIS while he sorts the problem. But soon, they go out to search and help the Doctor instead.

It was lovely to hear Deborah Watling as Victoria in this audio story. I miss Debbie nowadays, as I have such fond memories of her at conventions. Hearing this story helped me to remember Debbie.

I like how Victoria gets to be strong in this audio tale. She isn’t the whimpering, screaming girl from the TV series. She shows resourcefulness, bravery and compassion when with Jamie and the Doctor.

This story foreshadows Victoria’s departure from ‘Doctor Who’ as it’s before ‘Fury From The Deep’. There are scenes where Victoria narrates this story as an older person and receives a letter from Jamie.

I enjoyed Lisa Bowerman guest star as Selsey in this adventure. Lisa gets to put on a different accent for Selsey. In this, Selsy allocates people to dig sites on Amyryndaa when she meets the TARDIS trio.

I like the scene Selsey has with Jamie when they’re returning to a group of people and she shares about who she is as a person. Selsey sacrifices herself at the end as she throws Victoria out of a jeep.

I’ve met Lisa Bowerman at some conventions and have got on well with her. I enjoyed chatting to Lisa at the ‘MCM Birmingham Comic Con’ in November 2017 and on her various works via Big Finish. 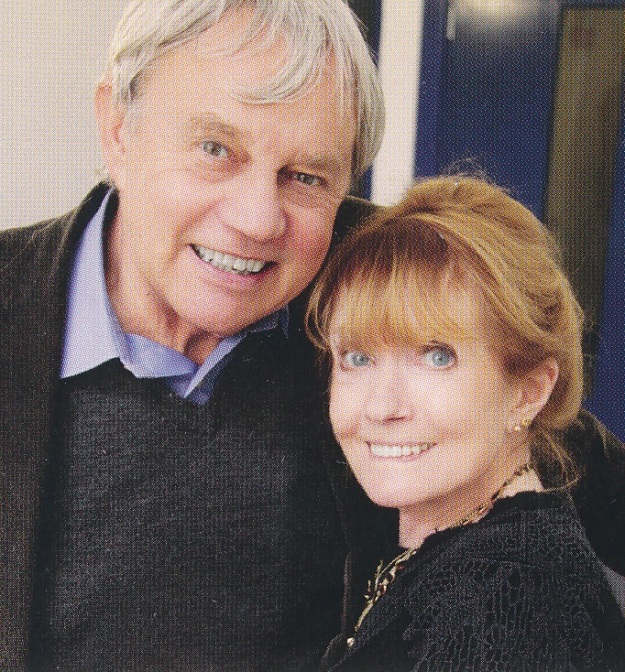 Frazer Hines and Deborah Watling in ‘The Story of Extinction’.

‘The Story of Extinction’ is a fairly decent audio story with the Second Doctor, Jamie and Zoe. I can’t say I understand it fully and need to hear it again. But I did enjoy Frazer Hines and Deborah Watling!

The CD extras are as follows. At the end of the disc, there are interviews with Frazer Hines, Deborah Watling and writer/producer Ian Atkins. I’m so surprised Lisa Bowerman wasn’t interviewed for this.

2 thoughts on “‘The Story of Extinction’ (Audio)”