‘THE ANGEL OF SCUTARI’

Florence Nightingale with the Doctor, Ace and Hex

This is a gripping historical adventure from beginning to end!

‘The Angel of Scutari’ is a four-part story by Paul Sutton featuring the TARDIS team of the Seventh Doctor; Ace and Hex. I enjoyed listening to this audio adventure, as it features some really strong character drama throughout and it presents the horrors and fatality of war and soldiering really well.

This story is rather unique as it is a pure historical adventure with no sci-fi elements or aliens in it. It’s set during the Crimean War of 1854 and harkens back to the classic stories of the William Hartnell era where they did pure historical stories. It works well in this with the Doctor, Ace and Hex.

The story has the Doctor, Ace and Hex visiting the Crimean War at a time of upheaval. The Doctor is accused for being a Russian spy and collaborator whilst Ace gets locked up in a dungeon. Hex treats to the wounded in Scutari and he meets Florence Nightingale, who inspired him to become a nurse.

This story is unique as Paul Sutton writes the story by having various flashbacks and jumps in time from various characters’ perspectives on events like the Doctor; Ace and Hex. It makes it confusing and does require a number of listens. But this is made up by the strong character drama throughout.

It starts with a lengthy prologue with Florence Nightingale seeing Sir Sidney Herbert, who sends her to Scutari. This is before we have any scenes with the Doctor, Ace and Hex. Some of the cliff-hangers don’t get resolved immediately when we come into the next episode or at the very end of the story.

I must admit I’m not very familiar with the Crimean War. I have studied it in my A Level History exams on British Politics in the 19th century, but I found it very difficult to absorb when learning about it. This audio drama provides more insight into the Crimean War, which I enjoyed listening to.

I really liked how Paul Sutton depicts the horrors of war and emphasises the point that the Crimean War was a waste and that it should never have started in the first place. The horror of blood being spilt when soldiers fire their guns on people like the Doctor; Ace and Hex is pretty disturbing indeed. 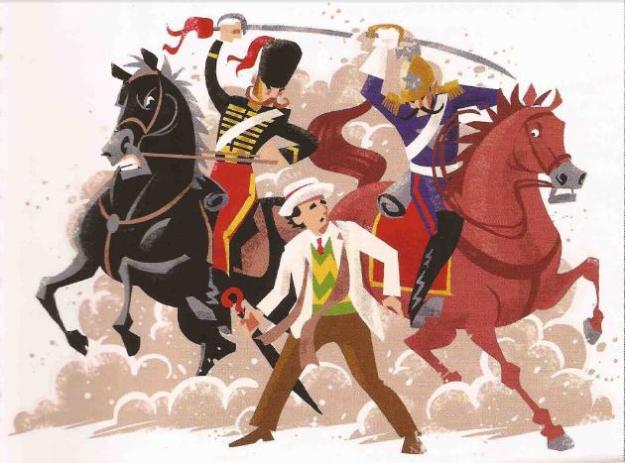 Sylvester McCoy delivers a superb performance as the Doctor in this. I like how he admonishes those who seem to glorify in war and remarks on the Crimean War being a waste. The Doctor is accused for being a spy and a collaborator, but receives help from Sir Hamilton Seymour to make his escape.

Sophie Aldred is equally superb as Ace in this. Her maturity is developed upon; especially as she uses her feminine charms to knock somebody out in order to escape. Ace spends time in a dungeon, forming an interesting relationship with a Russian ensign before she meets up with the Doctor again.

But it’s Philip Olivier as Hex who stands out in this story for me. Hex gets to demonstrate his nursing skills and being compassionate when he refuses to stand by and let people suffer during the Crimean War. The Doctor gives Hex his blessing when he decides to stay in Scutari and to tend the wounded.

It was a joy to hear Hex revealing that Florence Nightingale was his inspiration to become a nurse, delving deeper into him as a character. Those scenes where Hex meets Florence for the first time are outstanding and the moment where he mentions to her that he thinks she’s hot is defining indeed.

I’ve met Philip at the ‘Dimensions 2013’ convention in Newcastle, October 2013. I was really pleased to meet him and he’s really good as Hex, as I listen to more of these audios with him, the Doctor and Ace, I appreciate Hex more and do hope to continue hearing more of his adventures in ‘Doctor Who’.

The guest cast in this story are superb. There’s Jeany Spark as Florence Nightingale. Jeany delivers a superb and believable performance as Nightingale. It was only until this audio that I discovered she was a formidable woman. I found the relationship between Florence and Hex interesting and sweet.

Hugh Bonneville guest stars in ‘The Angel of Scutari’. Hugh is well-known for being in ‘Downton Abbey’ and has appeared in the ‘Doctor Who’ TV episode ‘The Curse of the Black Spot’. Here Hugh plays two characters. He plays both Sir Sidney Herbert and the Tzar Nicholas I. Hugh plays them both very well.

There’s also John Paul Connolly as William Russell (no, not the one who plays Ian Chesterton) and Alex Lowe as the unstable Brigadier-General Bartholomew ‘Barty’ Kitchen. There’s Sean Brosnan (who was in ‘Masquerade’ with Peter Davison) as Sir Hamilton Seymour and John Albasiny as Lev Tolstoy.

There’s an interesting moment in the final episode of the story where the Doctor and Ace get the TARDIS back. But the TARDIS’ exterior is no longer a blue police box. It is now a white police box. Why is it ‘white’? This surprised me when I first heard it. This will be revealed in future audio stories.

The story ends on a cliff-hanger, as Hex gets shot in the shoulder. Hex is on the verge of death and the Doctor and Ace take him inside the TARDIS, after saying goodbye to Florence Nightingale. The Doctor sets the coordinates, as the TARDIS sets off to St. Gart’s Hospital. What will happen next?!…

There is an epilogue after the end credits of the final episode. The scene is between Florence Nightingale with Brigadier-General ‘Barty’ Kitchen; as they pray together to God for forgiveness and others who are suffering. They also pay tribute to Thomas Schofield. What has happened to Hex?!

This has been a great story to listen to on audio. I enjoyed ‘The Angel of Scutari’ and found it a gripping historical adventure with the Doctor; Ace and Hex. I wondered where the story would go next and hoped Hex was alright. I wondered whether he would be alive the next time we hear him…

The CD extras are as follows. On Disc 1, there is a trailer for ‘The Company of Friends’ with Paul McGann. There are also behind-the-scenes interviews with the cast and crew including Sylvester McCoy; Sophie Aldred; Philip Olivier; etc.