How the Psychic Circus Began

I can’t get that song out of my head, so….I’m putting it here to put into everyone’s heads! 😀

Hopefully I’ll re-use that song when it comes to my updated Blu-ray review for ‘The Greatest Show In The Galaxy’. Anyway, it’s time to take a look at what is a sequel/prequel to the ‘Doctor Who’ TV story shown in 1988/1989. It’s ‘The Psychic Circus’ by Stephen Wyatt with Sylvester McCoy’s Doctor!

Back in 2016, I reviewed ‘The Greatest Show In The Galaxy’ based on its DVD release. I made it clear in my review that I’m not really a fan of that story. Not that it’s terrible by any means, but it didn’t exactly excite me. Also it took me quite a number of re-watches to understand what it was all about.

So when it came to Big Finish announcing that they were doing ‘The Psychic Circus’ sequel story with Sylvester McCoy’s Doctor, I wasn’t particularly excited by it. But as it was part of my 12 CD subscription with Big Finish at the time, I didn’t mind receiving it and I did look forward to hearing it.

Stephen Wyatt was invited to write for ‘Doctor Who’ @ Big Finish at a ‘Gallifrey’ convention in Los Angeles. I suppose it must’ve been a treat for Stephen Wyatt to write this four-part sequel/prequel to one of his TV stories during the Seventh Doctor era. Paradise Towers also features in this audio. 🙂

And whatever thoughts you have on ‘Paradise Towers’, I still like that story. Yeah, it’s not great, but I appreciate Stephen Wyatt’s ideas behind that story as well as for ‘The Greatest Show In The Galaxy’. And it’s very nice that this audio story links Stephen’s two ‘Doctor Who’ TV stories close together. 😀 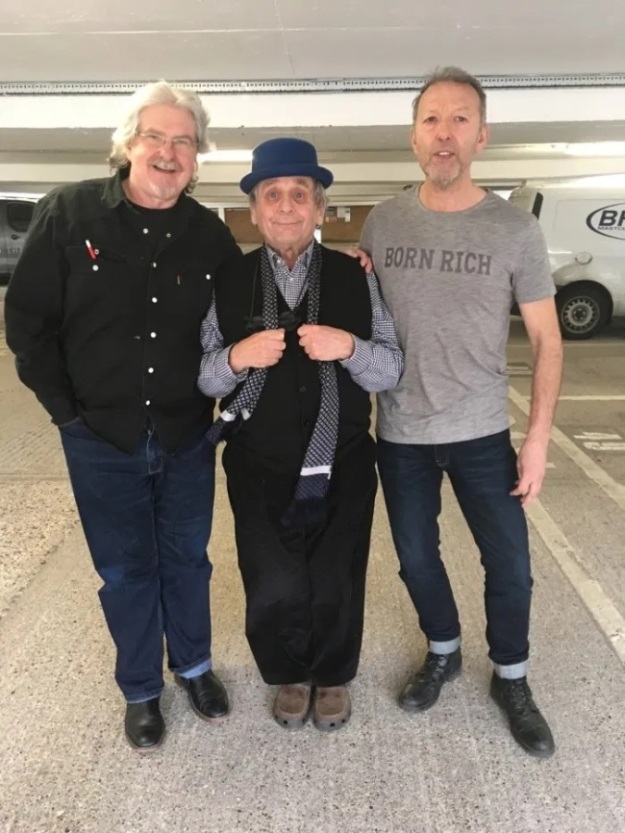 But what did I think of ‘The Psychic Circus’ audio story in general? Did I think it was a great story to listen to? (Pause) Surprisingly, yes! Whilst ‘Greatest Show In The Galaxy’ isn’t one of my favourites, I’m amazed by how easily I found it to get into this story and follow the origins of the Psychic Circus.

That might be down to it being in an audio landscape and there isn’t any music drowning out the dialogue which I recently found a problem in watching ‘The Greatest Show In The Galaxy’ again on DVD. Seriously, I had to put on subtitles in order to hear what the characters were saying to each other.

So what’s the story about? Well, it has the Doctor receive a Junkmail Robot that invades his TARDIS. Incidentally, the Junkmail Robot is implied to resemble a Kerblam man from…well, ‘Kerblam!’ This I really like. ‘Kerblam!’ is one of my favourite Thirteenth Doctor stories. Glad there’s a reference here.

Sylvester McCoy is a joy to hear in this audio adventure. I like how Stephen Wyatt plays on his clown aspects in the story, especially when he’s juggling and such. Sylvester’s Doctor’s manipulative side also comes into play, even when he’s being manipulated by a robot who was sent by Kingpin in this.

I enjoyed the confrontations Sylvester’s Doctor had with James Dreyfus’ Master and how he manages to entertain an audience of Ragnarok Gods with his TARDIS dematerialising before them. It’s not clear at what point Sylvester’s Doctor at in his life as he does not have a companion with him.

This story also features the return of Chris Jury as Kingpin!

No, no! Not that one either!

Look, this is ‘Doctor Who’! Not ‘Spider-Man’! I’m talking about the Deadbeat Kingpin! 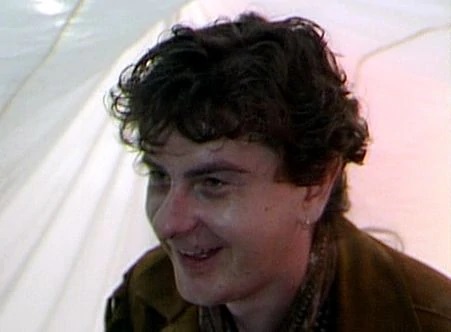 There you go! Actually, this is an interesting instance since the Deadbeat Kingpin didn’t have much of a character in ‘The Greatest Show In The Galaxy’. Well, I mean…he did, but it wasn’t revealed that he was the original owner of the circus until the very end. Here we find out how he began the circus.

This story features the path that Kingpin goes on with his fellow space beatnik Anna Leonig Brophy as Juniper Berry where they ended up on the dull planet of Zamyatin and started forming the Psychic Circus from there. It’s an intriguing origin tale for Kingpin/Deadbeat’s character as it is for the circus.

This story also features Ian Reddington back as the Chief Clown. Ian Reddington did another Big Finish audio with Sylvester McCoy before called ‘A Death in the Family’. It was great to hear him play the Chief Clown again and it was intriguing to how he started as a member in the Psychic Circus.

And of course the story features James Dreyfus as the Master. I heard him in his previous Master stories which were ‘The Destination Wars’ and ‘The Home Guard’. I greatly enjoyed James Dreyfus’ Master in this adventure and how he spars off with Sylvester’s Doctor in trying to manipulate him. 🙂

It’s intriguing how the Master ends up manipulating the formation of the Psychic Circus, influencing people like Kingpin, Juniper, Morgana and Chief Clown. It’s also fascinating how the Master ended up being allies with the Ragnarok Gods. It does make me yearn for more of James Dreyfus’ Master! 🙂

(sighs) This leads me onto talking about something that concerns James Dreyfus in a controversial manner. And it’s rather painful to talk about. You see, before this story’s release, James Dreyfus made some transgender comments that became offensive. Something that’s tainted his reputation!

Now whatever opinions James Dreyfus has regarding transgender are entirely his own. I don’t wish to take sides here. But I think it would’ve been better if he kept those opinions to himself because it has jeopardised future stories with him as the Master. It’s a shame as I really do like his Master here. 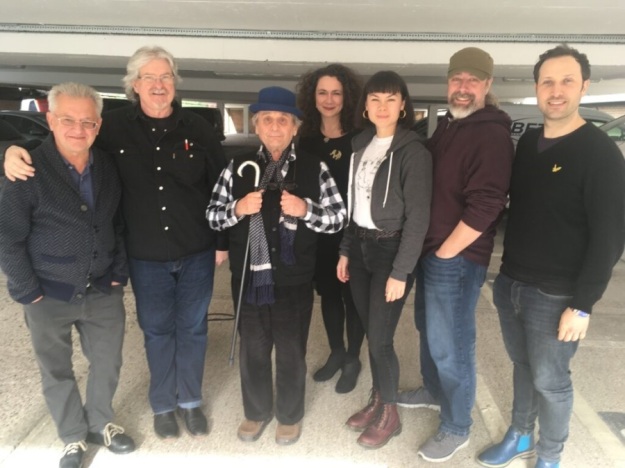 The rest of the story’s cast are as follows. As well as Kingpin, Chris Jury voices the Junkmail Robot that accompanies Sylvester McCoy’s Doctor. There are also the Ragnarok Gods, voiced by Anna Leong Brophy (who played Juniper) and Andrew James Spooner. Aren’t there three Ragnarok Gods?

There’s Sioned Jones who plays the strict Minister of Zamyatin and Morgana the fortune teller (who was originally played by Deborah Manship in the TV story ‘The Greatest Show In The Galaxy’). I’m disappointed that neither Bellboy, Flowerchild and the Ringmaster made an appearance in this story.

I mean, Bellboy and Flowerchild are mentioned but they don’t appear. That’s odd. Andrew James Spooner also plays Panpipe and Whydini who are two early members of the Psychic Circus. Panpipe wasn’t in the story very much (more like the first half) and Whydini appeared about half-way in it. 😐 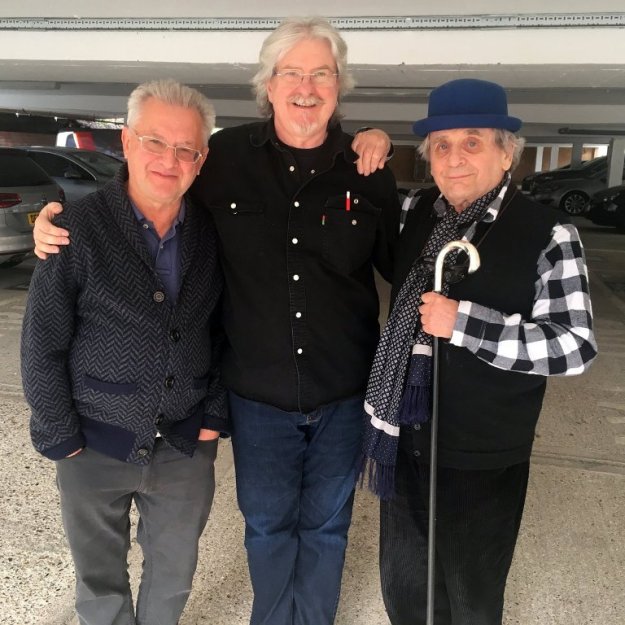 Overall, ‘The Psychic Circus’ has been an enjoyable sequel/prequel to ‘The Greatest Show In The Galaxy’ with Sylvester McCoy’s Doctor. I’m surprised I enjoyed myself with this story and it was fun to have Chris Jury as Kingpin, Ian Reddington as the Chief Clown and James Dreyfus as the Master. 🙂

4 thoughts on “‘The Psychic Circus’ (Audio)”