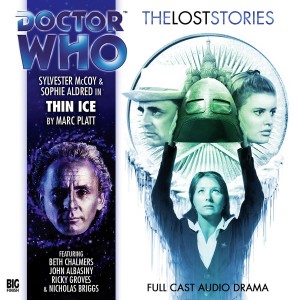 Ice Warriors with the Doctor and Ace

Season 27 begins! Anyone fancy some frozen fish fingers for breakfast?

In 1989, ‘Doctor Who’ got cancelled. Had the TV series continued though, it would have had another season for 1990 called Season 27. Many years later, Big Finish revived those ‘Lost Stories’ for their range of ‘Doctor Who’ audios adventures. Now at last we can hear these tales brought to life on audio!

Andrew Cartmel, the original script editor of Sylvester McCoy’s era of ‘Doctor Who’ was chosen to be the script editor of these ‘Lost Stories’ for Season 27. This definitely brings back the nostalgia of the Seventh Doctor era with Andrew script-editing the season as he knows the Doctor and Ace inside out. 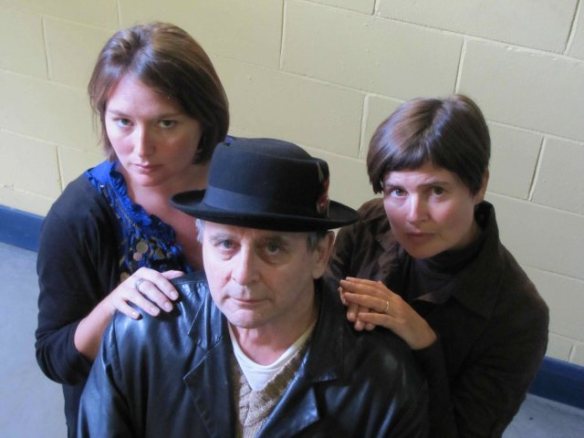 The first story of Season 27 is ‘Thin Ice’ by Marc Platt. This is a four-part audio adventure that was originally called ‘Ice Time’. It was also meant to be the second story of that lost season and to be Ace’s final adventure. But now this has become the first story with ‘Earth Aid’ being the finale of the season.

Marc Platt contributed to the TV series with his story ‘Ghost Light’ for the Seventh Doctor and Ace. Marc has written plenty of Big Finish audios since then. I’m sure he was delighted to be writing for the Doctor and Ace in a tale that he was commissioned to write with the Ice Warriors and set in the 1960s.

‘Thin Ice’ is set in 1967 Moscow where the Seventh Doctor and Ace visit during the Cold War. They run into the Russians and discover Martian technology as well as meet the Ice Warriors who want to take it back. It all turns out to be a test for Ace who becomes considered to join the Academy of Time Lords.

This is a fascinating and very enjoyable story by Marc Platt with a lot of 1960s Cold War elements thrown in and adding the Ice Warriors into the mix. There are motorcyclists with Ice Warrior helmets featured in the audio tale as well as ancient relics such as a special egg and a powerful Martian helmet. 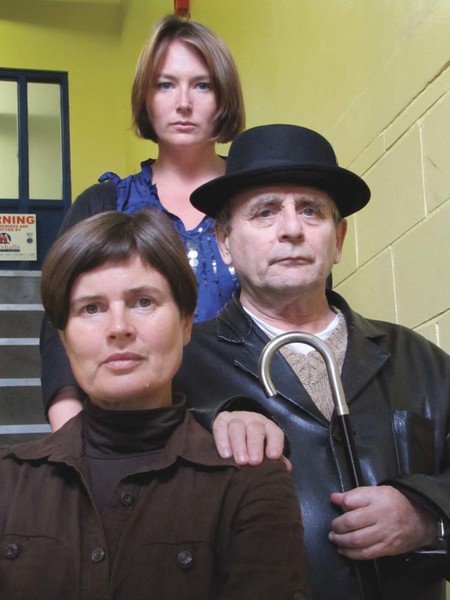 Both Sylvester McCoy and Sophie Aldred ease back into the characters of the Seventh Doctor and Ace really well in stories set directly after the TV series. It’s amazing these two work very well with each other and they continue to develop the relationships of the Doctor and Ace via these Big Finish audios.

Sylvester McCoy as the Doctor is manipulative and cunning as ever. We get to learn in this story why he has been testing Ace in stories such as ‘The Curse of Fenric’ since he is preparing her to become a Time Lord. He is in mental contact with one of the Time Lords who is assessing Ace during her training.

Sophie Aldred is brilliant as Ace in this audio adventure. It was interesting to find how this story could have been Ace’s final TV adventure had she gone onto to the Academy to become a Time Lord. Ace is not happy with the Doctor setting her up like this. She may not trust him ever again for deceiving her. 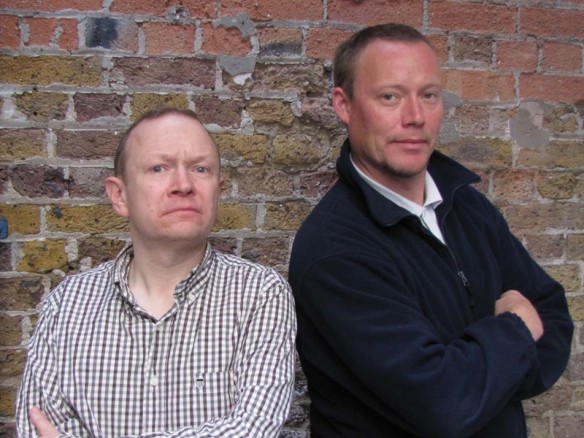 The story’s guest cast includes Ricky Groves (from ‘Eastenders’) as Marcus Creevy. Marcus is a wide-eyed cockney guy who does some pretty dodgy dealings with the Russians in 1960s Moscow. Marcus is also having this secret relationship with Raina Kerenskaya, one of the Soviet lieutenants in Moscow.

There’s Beth Chalmers as Lt. Raina Kerenskaya, who falls in love with Marcus in Moscow and works for the Soviet Union. Raina turns out to be pregnant during this story when she tells Ace. Rainia gives premature birth too early when she wears the legendary Ice Warrior helmet and she becomes Sezhyr.

There’s John Albasiny as Major Felnikov, a ruthless Russian during the Cold War. John Albasiny happens to be a good Russian speaking coach which helped the actors in the studio to play Russians in the tale. Felnikov does some nasty things in getting what he wants, including locking Ace in a fridge. 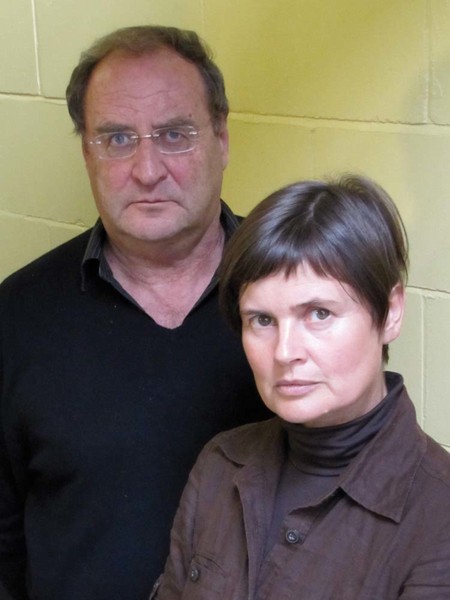 And there’s also Nigel Lambert as Wolshkin, a Russian who rescues Ace from freezing inside the fridge. It turns out that Wolshkin is an Adjudicator who has been in contact with the Doctor as well as assessing Ace on her training to become a Time Lord graduate at the Academy on the planet Gallifrey.

The Ice Warriors are brilliant! Nicholas Briggs guest stars as the Ice Lord Hhessh with Nigel Lambert as Glarva. I’m not usually a fan of the Ice Warriors in ‘Doctor Who’, but I was impressed by how they turned out in this adventure. The Martians are certainly anxious when legend Sezhyr isn’t as he seems.

In this story, Raina gives birth to a baby daughter who she and Marcus name Raine. This marks the first appearance of Raine in the ‘Doctor Who’ series since she would go on to be an important person in the Doctor and Ace’s life in future stories of this season. I could not wait to hear those audio stories.

By the end of the story, the Doctor finds Ace has gone without saying goodbye. The Doctor is saddened by this. It then turns out that the Time Lords have turned down Ace’s application to join the Academy of Gallifrey. The Doctor is frustrated at this before realising Ace is still on Earth. He goes off to find her.

When the Doctor finds Ace at her home in Perivale (twenty years too early), there’s tension between them. The Doctor tells Ace that she won’t be going to Gallifrey and he asks her to join him again in his travels. Ace gradually agrees. The two of them go off together as ‘they’ve still got a lot of work to do…’

I’ve greatly enjoyed listening to ‘Thin Ice’. It’s a good opening audio adventure to this Season 27 of ‘Doctor Who’. It’s a great adventure set in the 1960s with the Doctor and Ace facing the Ice Warriors. I was looking forward to hearing more adventures in this season and to find out what will happen next. 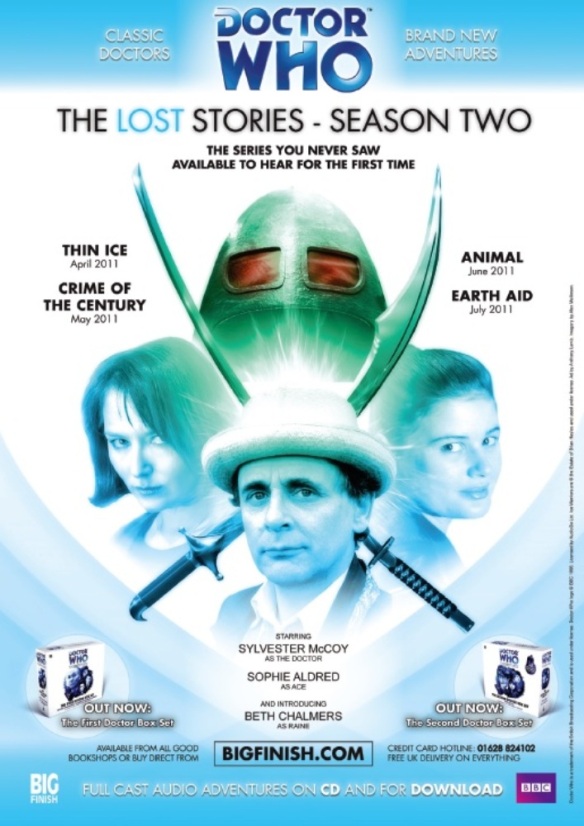 The CD extras are as follows. At the end of Disc 1, there are behind-the-scenes interviews with the cast and crew on the making of ‘Thin Ice’. These interviews include Sylvester McCoy, Sophie Aldred, Ricky Groves, Beth Chalmers, script editor Andrew Cartmell, director Ken Bentley; etc.

There’s a trailer for the next story with the Doctor and Ace called ‘Crime of the Century’.