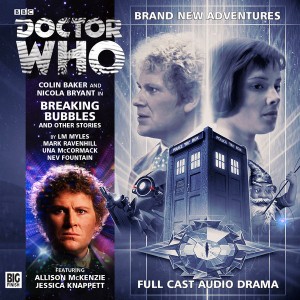 ‘BREAKING BUBBLES AND OTHER STORIES’

Four More Exciting Adventures For The Sixth Doctor and Peri 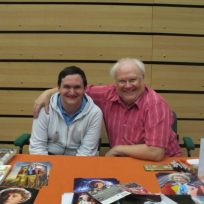 I listened to this ‘Doctor Who’ CD on the way back home from our family holiday in Scotland, 2014.

Yes, ‘Breaking Bubbles and Other Stories’ was part of my 6 CD subscription of ‘Doctor Who’ audios by Big Finish when I subscribed to the Fifth Doctor and Nyssa trilogy in 2014. I couldn’t be happier to have this audio CD with the Sixth Doctor and Peri and as four one-part stories.

This isn’t the first time that the Sixth Doctor and Peri have had four one-part stories in a 2-disc audio CD. The first time was in ‘Recorded Time and Other Stories’. But this is a four episode short story format that began with ‘Circular Time’ and it has become very popular over the years once it started.

I love the combination of the Sixth Doctor and Peri. I especially enjoy it in the Big Finish audios, as Colin Baker and Nicola Bryant are able to enjoy their character relationships and interactions in the tales they’re in. The relationship has toned down and is relaxed and not so fiery and argumentative.

Like I said before, I listened to all four episodes of ‘Breaking Bubbles and Other Stories’ on the way back from our family holiday in Scotland in August/September 2014. I wanted to listen to this audio CD for some time and I’m pleased I had a chance to hear it with my parents when we headed home.

Listening to this CD a second time, I hope the stories would be an improvement from what I heard in ‘Recorded Time and Other Stories’, which I still enjoyed anyway. Thankfully it was an improvement and the stories were pretty fascinating with intriguing concepts and great performances of the cast. 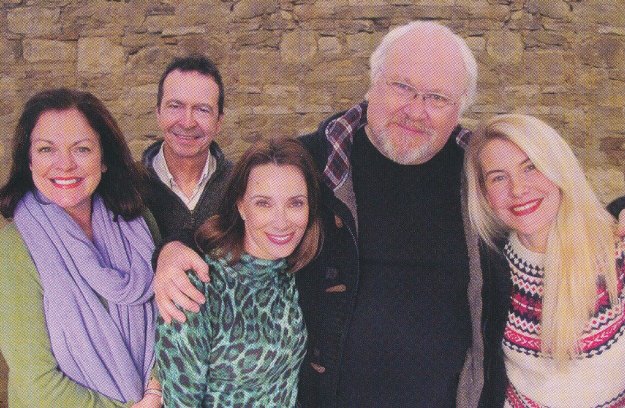 The first story of this CD collection is the titular story, ‘Breaking Bubbles’, by LM Myles. The story focuses on the Doctor and Peri who find themselves in the palatial gardens of the deposed Empress Safria Valtris aboard a spaceship. Will the Doctor and Peri be able to survive through this adventure?

This audio story is notable for featuring Jemma Churchill as Safria Valtris. For ‘Doctor Who’ fans, Jemma is well-known for guest starring in the audio adventure, ‘Creatures of Beauty’ with Peter Davison. She also had a cameo in the 50th anniversary special, ‘The Five(ish) Doctors Reboot’.

I like Jemma’s performance in this audio adventure, since Safria Valtris is not exactly the villain she seems to be. She did do some bad things when she was an Empress one time. But through her conversations with Peri, Valtris becomes a changed person and makes this decision to change things.

The story also features Andy Secombe as Laris and Allison McKenzie as Tondra, who keep guard on Safria Valtris aboard the spaceship they travel in. At first, they don’t trust the Doctor until Laris finds himself working with him. Tondra does something to threaten Safria Valtris when she gets a chance.

I really like Nicola Bryant’s performance as Peri in this audio adventure. In fact, she has a strong voice in most of the stories of this CD. Peri gets through to Safria Valtris by challenging her on her morals and principles. It’s a contrast to the limited stuff that Peri had in the ‘Doctor Who’ TV series.

‘OF CHAOS TIME THE’

The Doctor finds himself affected with a temporal illness, as he jumps backwards and forwards during a time of crisis when a catastrophic experiment occurs and time is being used as a weapon of war. The Doctor must put all the pieces together in order to find a way to avert this big catastrophe.

I like Colin Baker’s performances in this episode and he helps us as the listener in guiding what’s going on with his Doctor jumping back and forth in his chronology. Sometimes the Doctor’s talking to himself inside his head and it’s only when things get critical that he reveals to Peri what’s happening.

This episode features Phil Mulryne as Trobe, a patient who’s been affected by a time sickness and gets caught in a loop with growing old and becoming young again. Phil Mulryne has guest starred in a number of Big Finish audios of ‘Doctor Who’ and he’s written quite a number of audio adventures.

Phil Mulryne also plays Warma, who happens to be a scientist that wants to wipe out his enemies and use a chronon bomb to do it. The episode also features Anjella Mackintosh, who’s been in ‘Prisoners of Fate’, as Professor Standing, another evil person who wants to use the chronon bomb.

‘AN EYE FOR MURDER’

This episode is by Una Cormack. Despite the title, there’s no murder taking place in this episode. It actually takes place at a women’s college called St. Ursula’s College in 1939. It’s a place where many professional female writers conduct their studies and write crime detective/murder mystery novels.

The Doctor and Peri visit and apparently a case of poison pen letters to threaten someone take place. This could change the course of the Second World War. Peri is mistaken for a thriller writer named Sarah Perry. She and her assistant, the Doctor, investigate what’s going on with these letters.

I like how Peri gets to take front stage and be in charge of solving this mystery with the Doctor guiding him. It’s interesting how a lot of references to the Second World War occur in this episode. There’s even the announcement given by Neville Chamberlain with declaring the Second World War.

The episode features Janet Henfrey as Dr. Petherbridge at St. Ursula’s College. Janet Henfrey is well-known to ‘Doctor Who’ fans for appearing in ‘The Curse of Fenric’ and ‘Mummy on the Orient Express’. She also made a guest appearance in Series 2, Episode 6 of the ‘Jeeves & Wooster’ series.

There’s also Jemma Churchill as Dr. Maria Backhouse; Allison McKenzie as Dr. Joan Dalton and Jessica Knappett as Dr. Ruth Horwitz. The episode does feel pretty lengthy, even for a one parter. I did find that a lot was crammed in this episode, but it didn’t feel rushed and seemed leisurely-paced.

‘THE CURIOUS INCIDENT OF THE DOCTOR IN THE NIGHT-TIME’

This is the most intriguing episode of the CD collection. It’s by Nev Fountain, who delivers a humorous edge to the tale and also happens to be Nicola Bryant’s boyfriend. 😀 This episode is about a young boy named Michael, who has autism and likes to solve little mysteries about garden gnomes.

I enjoyed this tale very much. Most of the episode is taken from Michael’s point of view, as he describes how frustrated he gets when things don’t make sense. He’s also got this logical way of thinking. He isn’t emotional like ordinary people, so his reaction to his Dad’s death isn’t very normal.

And yes, you heard me right. This episode is about Michael losing his Dad who gets killed in the episode. Michael believes that that his Dad was turned into a garden gnome. Well, obviously. 😀 This is due to the fact that his Dad kept 129 gnomes which ended up being 130 for some strange reason.

I enjoyed it when Michael gets to meet the Doctor in this episode and describes him as the strange man in the yellow trousers at the bottom of the garden, who gets locked up in the garden shed. Peri doesn’t have much of a larger role in this story, but I did like it when she had scenes with the Doctor.

‘Breaking Bubbles and Other Stories’ is a great collection of ‘Doctor Who’ audio stories with the Sixth Doctor and Peri. It’s better than ‘Recorded Time and Other Stories’ and features some great performances from Colin Baker, Nicola Bryant and the rest of them who put a lot in their characters.

The CD extras are as follows. At the end of Disc 1, there’s a track of incidental music to enjoy. At the end of Disc 2, there is a trailer for ‘Revenge of the Swarm’ with Sylvester McCoy, Sophie Aldred and Philip Olivier. There are also behind-the-scenes cast and crew interviews with director Nicholas Briggs, Colin Baker, Nicola Bryant, Jemma Churchill, Phil Mulryne, Janet Henfrey, Johnny Gibbon, etc.

‘Breaking Bubbles and Other Stories’ rating – 9/10

4 thoughts on “‘Breaking Bubbles and Other Stories’ (Audio)”